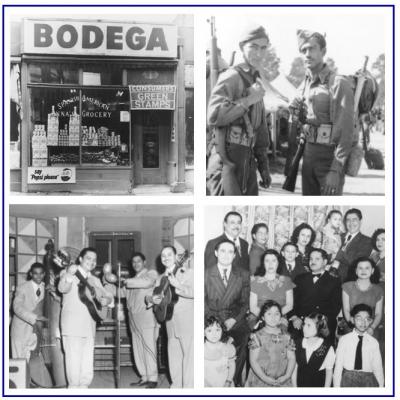 Puerto Rico, ceded to the United States by Spain in 1898, has been an unincorporated US territory since 1900, and Puerto Ricans have been American citizens since 1917. They are legal migrants but upon arrival on the mainland, they are seen and treated as immigrants, as foreigners in their own land. However, Puerto Ricans will ultimately choose what their permanent relationship to the United States will be: whether they will remain a permanent part of the US in its current Commonwealth status or choose to become the fifty-first state. In either case, Puerto Ricans would remain citizens and Puerto Rico will always be a permanent part of the American union.

By culture, language and history — and despite class and racial diversity — Puerto Ricans are a single people. Yet even as a single people, the reality of those Puerto Ricans living on the island is different from the reality of their cousins living in the United States. On the island, they are “the people”— the majority. In the United States, they are often relegated to the status of a “nonwhite minority group.”

The absence in Puerto Rico of the concept of “minority groups” and of discrimination based on color as these exist in the continental United States represents the single major difference between the reality of island Puerto Ricans and their brothers and sisters who live in the United States. Although color and class issues exist on the island, in this regard and in other areas of human relations, Puerto Ricans have much to teach their fellow Americans.