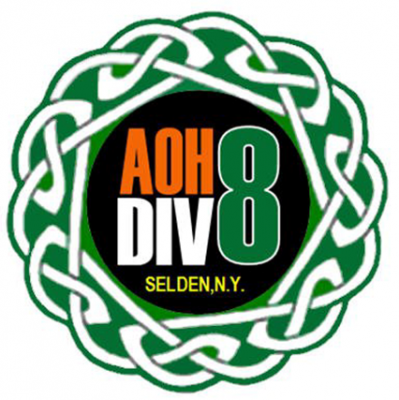 Suffolk County, Long Island, New York AOH Division 8 was organized in January 1967 by AOH NY State Organizer Jack Reynolds. Charter Officers were President Bob McGrory, Vice President Joe McCarthy, Secretary Bill Regan, Financial Secretary Ed Reynolds, Treasurer John Keane and Chaplain Father Sheridan. By November 1967, an enthusiastic group of ladies formed an Auxiliary with Nora Reynolds as President. The men and ladies of the new Division then organized the largest Irish Feis (festival) on Long Island featuring competitions in Irish art, dancing, music, sports, and song. In 1968, under Chairman Jim Morrow and their second President, John Keane, a tradition was established and the L.I. Feis, as an annual event, became the principle jewel in the cultural crown of the Suffolk County AOH. Years later years, as the world was applauding Michael Flatley and Jean Butler in Riverdance, the members of Division 8 could remember when those superstars danced, as youngsters, at their L.I. Feis.

The Division sponsored Bingo to add funds to their Charities and in 1989, started a Pipe Band with Mike McCormack as Chairman. Mike sponsored a contest on his radio program to name the band and ladies member, Mary Stewart, won the design for the band logo and Andy Conlon of Mineola won with the name Siol na hEireann (Seed of Ireland). The band won numerous awards in parades and competitions, performed in movies, on DVD and opened concerts for singer/songwriter, Rod Stewart.

Band Pipe Major Vince Robinson owns one of the last sets of Irish Warpipes in existence. They had originally belonged to the Tyneside Irish Regiment piper who was killed at the Battle of the Somme in WWI when the regiment was decimated. The pipes were recovered and handed down in his family for generations. Their history had been forgotten until international e-mails between two cousins mentioned a set of two-droned pipes that were still being played in New York’s St Patrick’s Day parade. The Tyneside Irish community were ecstatic that the 'lost’ pipes had been found. They invited Vince to bring the precious pipes home to play for an official retirement of the Regimental colors which had been ignored at war’s end. When Irish President Mary McAleese heard of the historic event she lamented not being there, so they did it again! Vince went over for a second retirement ceremony and returned with a photo of himself and President Mary!

In 1985, Division 8 purchased their own building as a center for Irish culture and a library of Irish books and videos was started; the Center has been the scene of many Irish dances and fund-raisers for Division charities. In 2012 the Center underwent a total renovation chaired by Corporation President Kevin McCormack. Since then, it has hosted free Irish language lessons, Irish history classes, piping and drumming instructions. They also provide their facilities at no cost to Boy and Girl Scout troops, senior citizens and the American Legion.

In 1986, AOH County President, Ray Meehan, gave a book to Mike McCormack, now County Historian, noting that Irish patriot Thomas J. Clarke had lived somewhere in Suffolk County before returning to Ireland to organize the Easter Rising. Ray charged him with finding the Clarke home-site and arranging for a memorial.  With Mike McKenna as co-chairman, the two Mikes began a year of research and the site was found.  McCormack lobbied County officials and the site was officially declared a Historic Landmark; he then contacted Ireland for a monument and Irish Prime Minister, Charlie Haughey, agreed to provide one.

Then the two Mikes began a national fund-drive to finance the 20-ton obelisk of Wicklow granite quarried and engraved in Ireland and had it erected at the site in 1989 where an annual remembrance ceremony is held to this day. Sam O’Reilly, who fought beside the leaders of the Easter Rising, laid the first wreath at the monument in memory of all who gave their lives for Irish freedom represented by a wreath of 32 Easter lilies for the 32 counties of Ireland with an American Beauty Rose in the center for Irish American supporters. In 1995 McCormack gave a biography of Tom Clarke’s wife, Kathleen, to the Ladies County President urging her to have the ladies add Kathleen’s name to the memorial as Kathleen was as dedicated a patriot as was Tom. In 1996 the memorial was re-dedicated by Gaelic League President, Mary Holt Moore, with Kathleen Daly Clarke’s name thereon.

The Divisions sponsored Junior Boys and Girls divisions to grow future members. Sean Murphy took charge of the boys and Marge Burns, Mary Driscoll, Pat Stines and Pat Cremmins took charge of the girls. While they existed as Juniors, they raised funds for Baby Safe Haven, Make-a-Wish, the Holy Cross Ardoyne Trust and Little Flower Children’s Services among others.

In the summer of 2008, eight motorcycle-riding enthusiasts among the members wanted to start a motorcycle club within the Division. The AOH State and National Boards agreed that they could carry the Hibernian colors and the first-of-its-kind AOH sub-committee The Hibernian Riders were born and since 2009, they have raised thousands for various charities. In 2014, they raised more than $3,000 for the son of a deceased member who was badly injured in a motorcycle accident in Schenectady, New York. The Riders then made a 4-hour, 225-mile journey to personally present the family with a check to help with medical expenses. They also sponsor fund-raising rides for such charities as the Long Island Veteran’s Home, Hope House Ministries, the Downed Biker Fund, the Wounded Warriors Project, Long Island Cares, the Hibernian Hunger Project and others. They proudly carry the words An Gorta Mor (the Great Hunger) on their backs as part of their logo to remind others of why they ride. They also co-sponsored an event that raised more than $5,000. for the Stony Brook Hospital Burn Unit.

In 2011, New York’s Old St Patrick’s Cathedral, celebrating the 175th anniversary of the AOH, was raised to the status of a Basilica. Division 8 played a significant part in the commemorative ceremony as the Siol na hEireann Pipe Band and a delegation from the Division were prominent in the anniversary parade passing the Cathedral. At that event, the AOH National Board introduced a nation-wide fund-raiser for construction of an 8-foot granite and bronze memorial to be erected to Commodore John Barry at the U.S. Naval Academy. The first check donated came from Division 8. 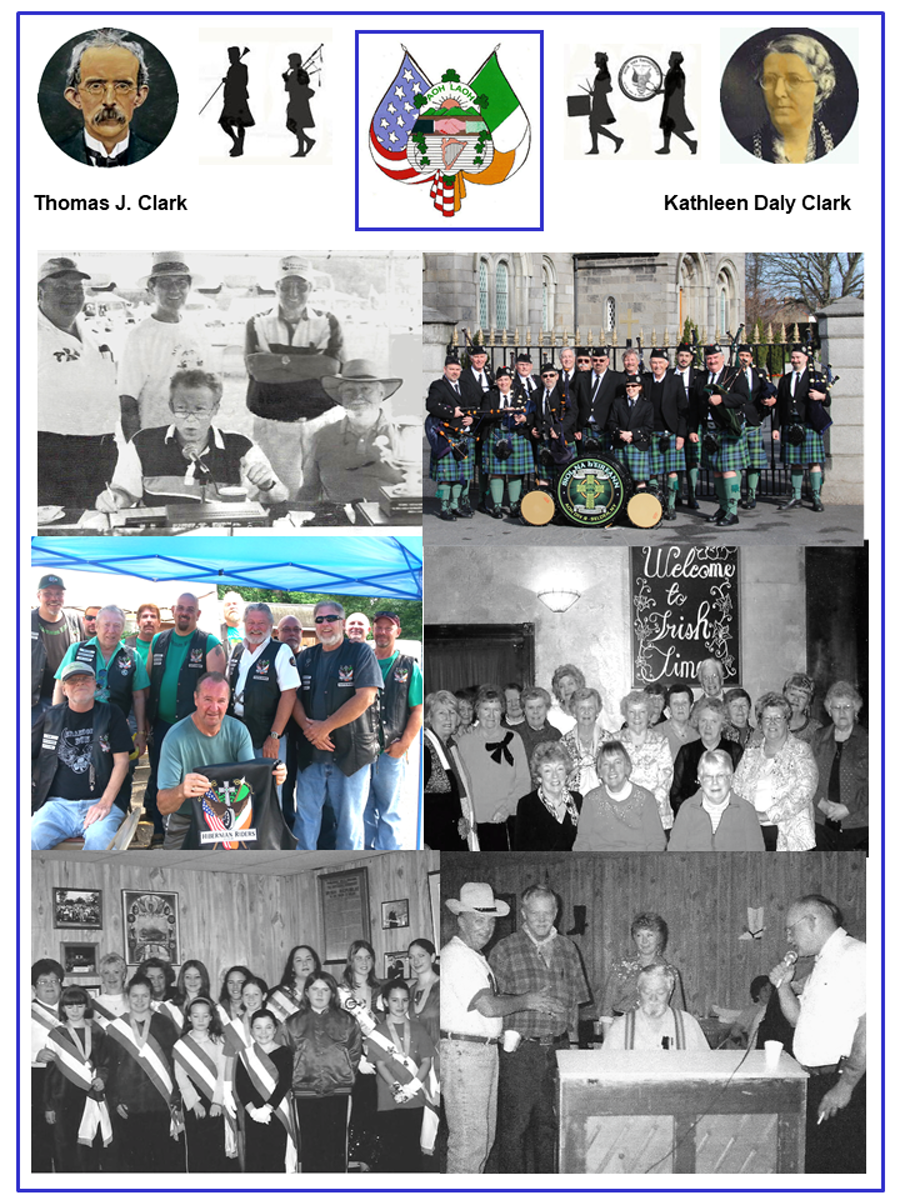