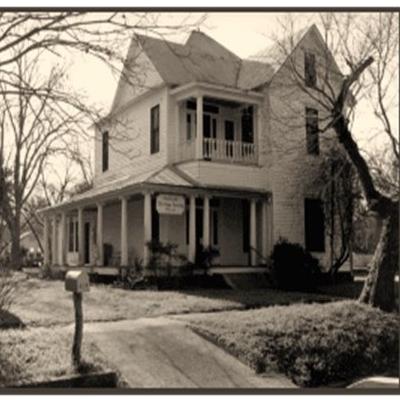 As a Bicentennial gift and through the generosity of Floyd R. "Skip" Hyson and his wife, Lucille, the newly-organized Smithville Heritage Society received the Cox-Hyson house as a permanent home for the Society in 1976. Built in 1908 for John Cox and his wife, Irene Wilkes Cox, the house was the family home of the John Cox family. Following John's untimely death in 1916, the house passed to his wife Irene, then their daughter Lillian Cox Hyson in 1952. Upon Lillian's death in 1976, the house went to her son, "Skip" Hyson, who then donated the house to the Smithville Heritage Society.

The home is listed on the National Register of Historic Places and has remained mostly unchanged since it was built except for minor interior changes and necessary restoration and maintenance work done by the Heritage Society. It sits in exactly the same location as when built. The wraparound porch and tall ionic columns with decorative corbels remind us of a typical two-story, early 1900s Victorian house, neo-
classical in style. It is not "high Victorian," but "transitional", characterized by wide verandas and wrap around porches, tall windows, and rooms with pocket doors. A white picket fence once enclosed the property in its early years.

On the first floor, there is a formal entry, parlor, dining room, bathroom, country kitchen and an enclosed porch, once a sleeping porch. The lovely staircase in the formal entry hall has original turned pine balusters and railings and beautifully finished stairs and staircase supports, leading upstairs to three bedrooms, a sitting room, and a second bathroom—all opening off a short hallway. Pine floors throughout the house have been variously covered or uncovered during the home's lifetime, but they are the original floors.

John Cox was a railroad man, as were so many in Smithville, a railroad town. In Smithville's early railroad days, lodging for workers was at times scarce and there were frequent "lodgers" in the Cox home who were MKT Railroad employees. During and after World War II, when lodging again was scarce, the upstairs sitting room was enclosed with a wall running along the stair accommodated. A screen door on the middle upstairs bedroom reminds us today that some necessary adjustments were made, in this case the screen door provided ventilation for the middle bedroom. In addition, the downstairs parlor became a family bedroom so all upstairs bedrooms were available for lodgers and military families.

Eventually the parlor was returned to its formal use and the temporary bedroom wall upstairs was removed, returning the space to a sitting room.

A garage was located near the rear of the property on the south side and "the little wooden outhouse", now gone, sat behind the garage near the back fence until it was moved to the Railroad Park. There was no water well, according to "Skip" Hyson. The family, its occupants, and other neighbors, obtained water from the house across Main Street where the Public Library sits today. The water well was under that house, not unusual for the time, as other houses nearby also had water wells under their houses.

Entrepreneurs Emil and Oswald Buescher came from Moulton to Smithville in 1893 and received the contract to bring electricity to the town. "The lighting of Smithville" occurred on February 3, 1897. On the following day, the Maney Opera House was lit up for a performance of Faust! In October,1897, the franchise for the Waterworks in Smithville was awarded to the Buescher Brothers, assuring Smithville it would enter the 20th century with improving services.

It is generally assumed that the Cox-Hyson home had electricity when built in 1908-09, with electricity having been available since 1897. No evidence exists that oil lamps were used in the house, and "Skip" Hyson remembers always having electricity. A chimney was visible for some time after the Heritage Society obtained the house but has since been removed. "Skip" reported there was never a fireplace in the house and the chimney was for the wood-burning stove in the kitchen. Heating at first was provided by the wood-burning stove, later gas  heaters were added. Plumbing into the house came later, but no one can recall the exact time.

Walls in the house were "beautifully dressed", as was the custom. Wallpaper in every room reflected the period and the exquisite woodworking on the stairway, including the supporting structure of the stairway and the period wood trim, stained and varnished, in every room is evidence of the fine taste of the owners and the availability of materials. The kitchen walls and ceiling were finished with bead board of the period which is still visible today.

There are no furnishings original to the house. Furnishings mostly reflect the early years of the 20th century, from 1900 to 1930. Most current furnishings relate to the history of Smithville and are donations of Smithville citizens and businesses.

Though not period, the kitchen reflects an earlier time and displays interesting cooking gadgets, supplies, necessities, and a dial telephone which fascinates all children who try to use it!

The sitting room and middle bedrooms upstairs display items of domestic daily life. The back bedroom is the farming and ranching room, with extensive collections of barbed wire, riding bits, lanterns, and pottery churns 'made near Smithville.

Unique to this house is the collection of more than 20 oil and watercolor paintings and other artworks done by Smithville residents, many of them the wives of railroad engineers, brakemen, and other employees. They depict local landmarks as well as landscapes of the surrounding countryside, western subjects, still life and portraits.

The Heritage House is an important part of the Smithville community, standing as a reminder of the earliest days of Smithville but also as a beacon to the future. Archives work is ongoing, both for collecting historical items and for research requests.

The Smithville Heritage Society, established in 1975 and located at 602 Main Street, is known locally as the headquarters for Smithville's history. The Society sponsors programs open to the public each year that focus on our area history. In addition, the Museum is open by appointment to visitors including vacationing guests, researchers, historians, and school children—both home-schooled and public school students. The Society enjoys holding open houses at the Museum for civic events and occasionally hosts local organization meetings.

Behind the Heritage Society Museum is a small metal building housing the "Archives." Residing within this climate-controlled structure are archival-safe boxes that hold a treasury of historic documents, photographs, and other historic items. Visitors or residents may obtain research assistance and information about their historic home or business, a family member who lived here and/or worked for the railroad, or a historic event which happened in the Smithville area. The Archives contain early Smithville newspapers, files about citizens, residences, businesses, and organizations such as churches, schools, and clubs. Files are kept not only about Smithville, but also for surrounding towns such as Kovar, Cistern, West Point, Pin Oak, and several other communities. 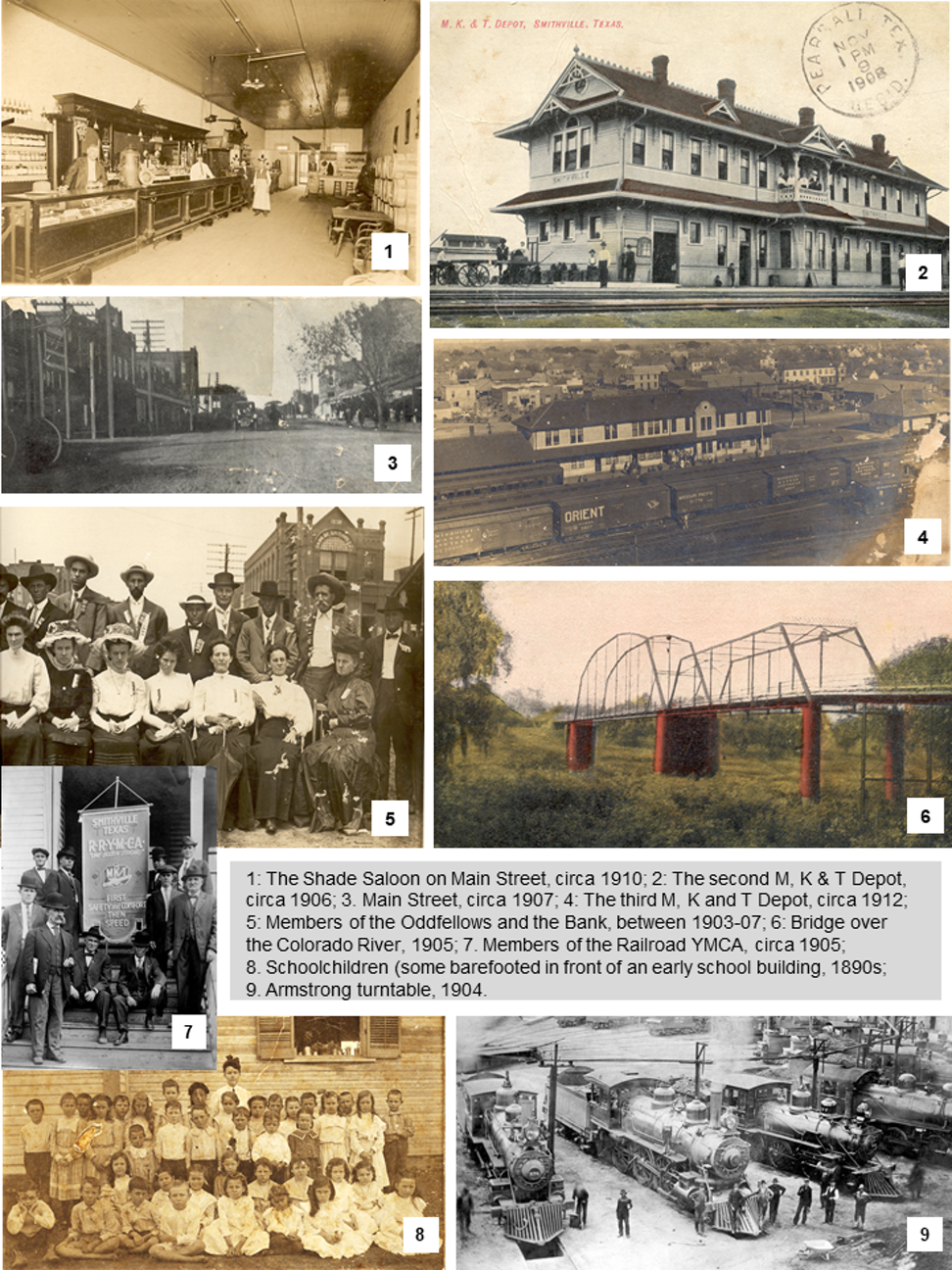