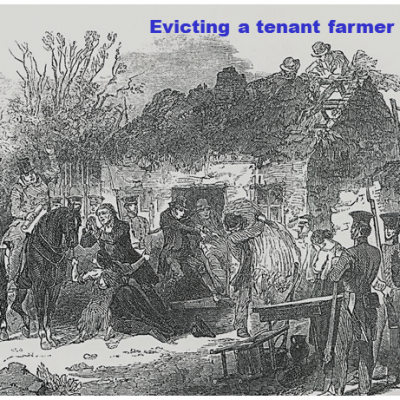 There are only two major instances of population decline in modern times that did not result from military retaliation—the Holocaust in Germany and the Great Hunger in Ireland. Neither was a response to a threat, but rather to bigotry and greed. Yet, after every storm, no matter how devastating, there shines a bit of light—and the light that came after these unwarranted tragedies were the survivors who found their way across the ocean to spend the rest of their lives contributing to America.

Since the 12th century, armies from England successively overpowered Ireland and stole her land to pay off supporters and keep an English presence in Ireland, saving the cost of an army of occupation. There was no love for Ireland among the newcomers and many returned to England rather than live among a people who despised them. As a result, some landlords employed agents to run their estates and send the profit to them in England. The agents had no love for Ireland either and the only measure of their success was the amount of profit that they could return from the estates entrusted to them. To ensure that profit, some rented the land to middlemen who subdivided it and offered it for higher rent. The number of people thus engaged in squeezing profit from the land caused rent to be 150 percent higher than comparable land in England.

To attract tenants, a system of Conacre was developed by which a contract was signed for an acre of land with rent due after the harvest. Many, who had no other way to secure land, were forced into Conacre at extreme rents to survive. The crops they harvested were sold to pay that rent, as well as taxes and a tithe to the Church of England to which most didn’t even belong. Of all the crops they could have planted, the only one to produce a high enough yield to allow them to pay their obligations and still feed a family was the potato. As the population grew, the land was divided among children born into the same poverty as their parents, making the potato the only crop on which to rely.

By 1845, the population of Ireland consisted largely of landlords’ estates, agents who administered them and native tenant farmers who survived on small plots growing nothing but potatoes while they worked the landlords’ estates growing various crops. Then in 1845, blight hit the potato and the sole crop on which the Irish had been forced to survive, rotted in the ground for several consecutive years. Many cut back on the amount consumed in order to pay rent, tithe, and taxes and keep a small cottage over their family’s heads though they starved therein. It should be noted that starvation is not an easy end.  By the time death comes, starving people are blind, deaf, speechless, and in a coma. Throughout the horrid ordeal, their limbs are bloated, abdomens are swollen, hair falls out, gums ulcerate, and teeth loosen. They suffer dehydration from bouts of nausea and diarrhea; whatever the temperature, they shiver with cold; their skin becomes shriveled, scaly and dry as old parchment. They are no longer even able to muster enough fluid to cry. The agony is staggering to imagine. Those who couldn’t pay their debts were evicted and their cottages were torn down, in many instances to clear the land for cattle. The Irish wandered the roads in a land their forefathers had ruled, eventually starving or falling victim to the diseases that attend starvation.

The Irish starved because the colonial power that had absorbed them turned its back on their suffering. During the Great Hunger, convoys of landlords’ crops and livestock were guarded by British militia on their way to Irish seaports for export. Further, to stabilize prices in Ireland, crops that competed with the landlords were denied import. When asked for relief, Parliament argued the economic doctrine of Laissez Faire that government should not interfere with the natural order of trade. Yet, they violated that doctrine themselves with their import restrictions. Eventually, soup kitchens opened, but with few exceptions, what was provided was too little, too late and nutritionally inadequate. As a result, the Irish starved in a country that exported more than enough food to feed them and died alongside prosperous farms and storehouses full of grain. Sympathetic organizations worldwide provided a bit of relief but, as the charitable Society of Friends reported, the suffering was just too much for any group to alleviate without government support.

However, government’s apathy resulted since many of the greedy landlords sat in Parliament and they held contempt for the native Irish who refused to abandon their Celtic lifestyle and renounce their religion. In some cases, aid was offered to those who renounced their religion and accepted the Church of England, but many starved rather than pay that price. How many died will never be known. The census of 1841 reported 8,175,000, while the census of 1851 recorded 6,552,000. Those not inclined to investigate further calculate a decrease of about 2,000,000 and divide that into a million emigrants and a million starved, but that’s not true. In 1841, census officials estimated that millions hid to avoid being registered for tithes and taxes and that the actual population was 25 percent higher than recorded. Further, the 1841 census was 172 percent higher than the previous one and the population continued growing at that rate until the blight struck in 1845. Therefore, if the population were 25 percent higher than stated and growing at the rate of 2 percent per year, the 1845 population could have been near 11 million. The post-hunger census of 1851 which recorded 6,552,000 was inaccurate in the opposite direction since people registered several times or exaggerated family sizes hoping to receive more relief. These figures, taken from English sources, indicate that nearly 5 million souls were lost to Ireland through emigration, disease, and starvation. The true number lies somewhere in between 2 and 5 million; the saddest part is that we can never know how many, or who, perished. That is why the tragedy of 1845-1852 needs to be known. Today it is called a famine, but a famine is a shortage of food and the only crop that failed was the potato. That is why the Irish call it 'An Gorta Mor' (The Great Hunger); there never was a famine in Ireland! 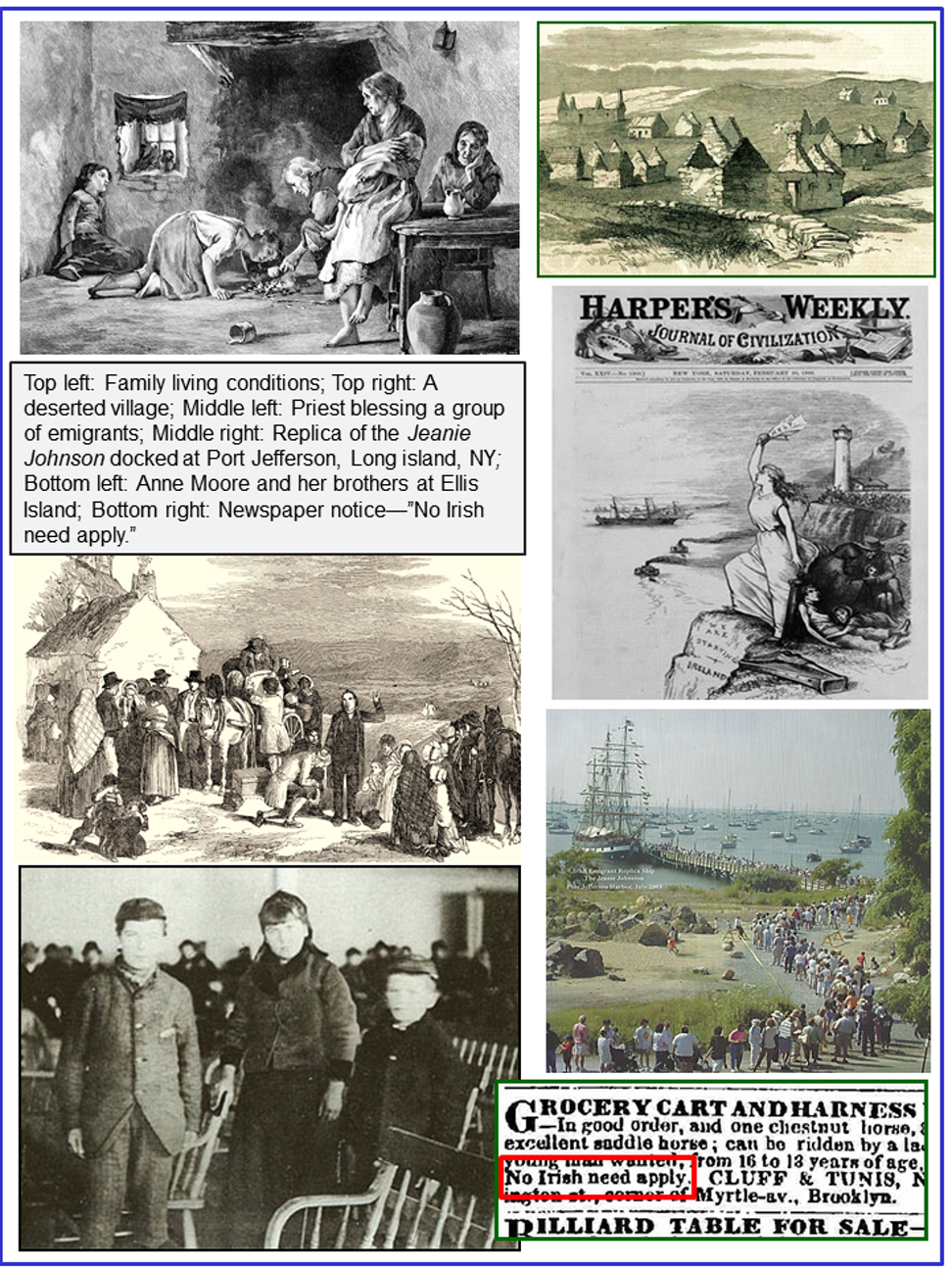