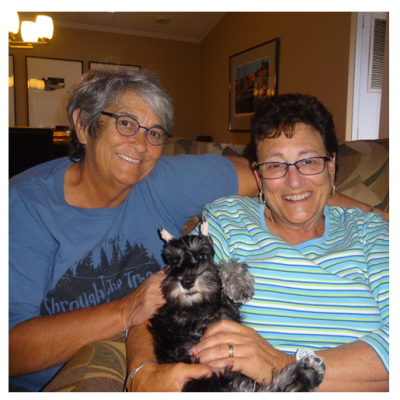 She was the publisher of A&M Books, a successor to the legendary Naiad Press—a business she inherited from lesbian publishing pioneers Anyda Marchant and Muriel Crawford. In 2015, she merged A&M with the publishing house Bywater Books.

Combining advocacy and stories of life with her wife Bonnie, the books have been hailed as hilarious, provocative and a history of GLBT progress over the past decades.

Fay, a native New Yorker, spent 30 years in journalism, public relations and theater in the Washington, DC area. She directed over 40 musicals and plays at various theatres in the area, and edited The Montgomery Village News for 17 years before relocating to Rehoboth Beach. There, she worked as Executive Director for Rehoboth Beach Main Street, a tourism and economic development organization. In 2002 She won the Governor’s Award for Delaware Tourism Person of the Year. Under her direction, RB Main Street won the Great American Main Street Award in 2009.

In 1982, Fay met Bonnie Quesenberry (born Oct. 4, 1949), and they have shared their lives as a couple for 34 years as of 2016.  Bonnie owned a Baltimore dental laboratory handling challenging medical cases for Johns Hopkins Hospital, Children’s Hospital in Baltimore and others. Bonnie served in the U.S. Navy 1968-1971 and the U.S. Army 1973-1976. She studied dental technology at Baltimore Community College, worked in the field at the University of Maryland and started her own lab in 1977. She did a research project on the effects of acidulated fluoride on porcelain and was recognized for the work at the International Dental Congress in 1981. Bonnie operated the lab through the move to Rehoboth Beach and retired in 2006.

Fay and Bonnie were married in August 2003 in Vancouver, Canada when same-gender marriage was still illegal in the U.S. They renewed their vows in 2012 with civil union in Delaware, performed by a rabbi and recognized by their religious institution. That marriage became legal in the U.S. in 2013.

In one of her essays, Fay describes meeting Bonnie: “In March 1982, I was over 30 and recently out of the closet. I heard of a women’s dance in Baltimore at Johns Hopkins Glass Pavilion. My 1982 internalized homophobia screamed, “What moron books a gay dance in a glass room?” Yes, the ballroom was glass. Purple balloons and lesbians were visible from the parking lot. I got a case of the vapors but finally got the courage to go inside. There, friends introduced me to Bonnie. Her date was late. We talked, we danced. We’ve been together ever since. Bonnie was into camping and softball; the only diamonds I ever saw were at Tiffany. My accent screamed Noo Yawk; Miss Baltimore said, “I love gewin’ downy ocean.” It took me ten minutes to figure out she meant a trip to the beach. I’d never had a soft shell crab; she’d never had a knish. She owned a dental lab; I was dental-phobic. I directed plays; she’d seen Hello, Dolly once. We just laughed. By the following November, we’d bought a home together, and fled, in 1999, to gay-welcoming Rehoboth Beach. We celebrated our 31st anniversary on the steps of the U.S. Supreme Court, the day of oral arguments in Windsor vs. the United States – the case to overturn the Federal Defense of Marriage Act. We held a sign saying “If Gay Marriage Was Legal, today would be our 31st Anniversary.” We made all the papers and networks, and loved it when young people, gay and straight read our sign and went “Awwww.” 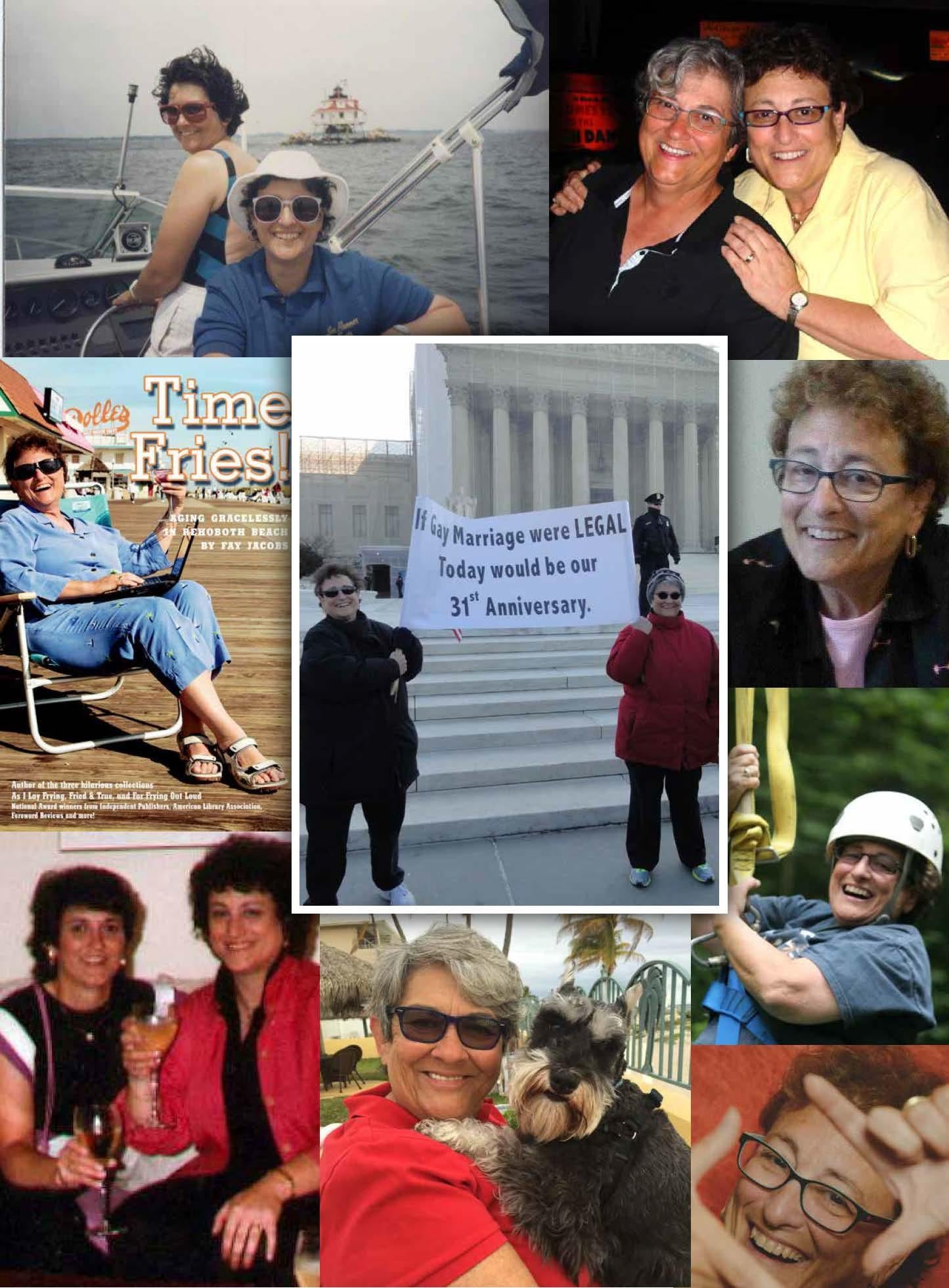