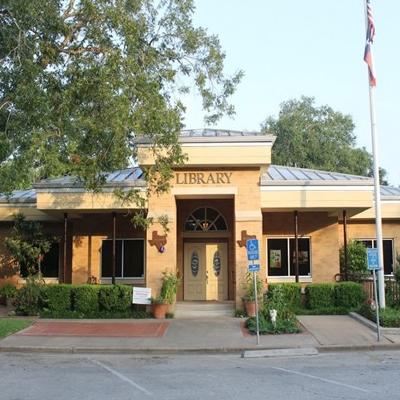 At a meeting of the Woman's Club in September of 1929, the germ of an idea to establish a public library was proposed; followed by the search for a location. City officials granted space in the Council Chamber and Court Room for storage of books until a better site was determined.

The original donation of books came from the private library of Mr. and Mrs. Fred Rodgers of the Upton community; it included many English classics. On, January 1, 1930, an Open House was held upstairs in the City Hall, where gifts of silver and books were accepted. As interest in the library grew, a very active Library Committee was added to the executive board of the Woman's Club. A room over Trousdale's Drug Store (later Smith's) was offered as a location of the prospective library.

In January of 1931, the library owned 500 books and was prepared to open its door to the public. The library was open Tuesday and Friday afternoons; members of the Woman's Club assisted a teacher who served as a librarian. Memberships were sold at 50 cents each.

After nursing the library through the worst of the depression years, the Woman's Club temporarily relinquished their official claim to it in favor of City management so it could be eligible for Works Progress Administration funds from the New Deal program of the Federal government. It was, at this time, moved back into City Hall. In 1941, with the WPA funds available, it was possible to hire a paid librarian.

When the library completely outgrew its quarters at the City Hall, it was moved to the spacious lobby of the City Utilities Building in the same block on Main Street. Unfortunately, WPA funds were withdrawn in June of 1941, and it was feared that the library would have to close. However, when the United Service Organization located a Soldiers Service Center in a building on Main Street, coordination between the Woman's Club and the Service Organization made it possible for the library to be located there as reading and recreation for young soldiers from Camp Swift. WPA assistance was again secured and the problem of keeping the library open was eased in October of 1941. By this time the library had accumulated 1,335 books.

After the Service Center was closed when World War II was over, the Library was moved back to the Utility Lobby. More bookcases were added and tables and chairs from the now-defunct USO were placed there to serve as a reading area. By January of 1960, the Woman's Club felt that it was no longer able to support the growing library and decided to ask the Mayor and City Council members to accept the sponsorship. They were unable to manage operations but pledged to continue their help.

Early in 1965 friends of Clifton Crawford Carter, then the Executive Director of the Democratic National Committee planned a homecoming dinner in his honor. Gifts of almost $4,000 poured in from across the nation honoring Carter. At his request, these funds were put into a library building fund account as a memorial to his mother, Mrs. Zetta Carter. After many generous contributions, the Library Board decided these and all other future memorial donations be called the Smithville Public Library Expansion Fund.

Again in February of 1966, the Woman's Club appealed to the Mayor and City Council. This time the City accepted full responsibility for the library. Under the new administration, a Library Board was formed.

The search for additional funds began in earnest. In January 1969 a $10,000 grant was received from the Cullen Foundation. The Memorial Fund added considerably more money. An allotment of $25,000 from the City of Smithville resulted in the fulfillment of the dream of forty-two years—a permanent building for the Smithville Public Library. The $50,000 brick and glass panel structure on the corner of 6th and Main Streets was started on February 1971 and completed in May of the same year.

This new library was 74.4 feet by 37.4 feet; containing all new furnishings: complete wall-to-wall carpeting, standard sized chairs and tables in the quiet reading center for adults a special section for young children with low book shelves and small tables and chairs; an audio-visual room; a tiled restroom; a water fountain; a utility room; a combination work and storage room; a kitchenette; and a completely outfitted office space for the librarian. Display areas are in the entrance-way and in the librarian's counter; a large bulletin board serves many purposes; a large standing foundation which holds a large dictionary; and a card catalog which adds to the efficiency of the library.

The formal dedication of the Smithville Public Library was held on Sunday, August 15, 1971. Over 200 interested persons were in attendance.

By 1989 an expansion was completed, with the second enlargement of the library completed in 1998. It is this building which currently allows the library to tailor services to meet the needs of the Smithville community. Ongoing improvements in the technological resources, public services, and in the library book collection help keep the Smithville Public Library an asset belonging to the community.

The Smithville Public Library is truly a public service facility with services that reach out to all ages. The library holds many cooperative agreements with community entities, a few of which include: schools, daycares, the recreation center, scouts, genealogy, Towers Nursing Home, health centers, and support groups. In addition to basic library services of providing books and other materials and technology for its patrons, the Smithville Public Library provides numerous programs and services to the community.

All photographs are courtesy of the Smithville Public Library. 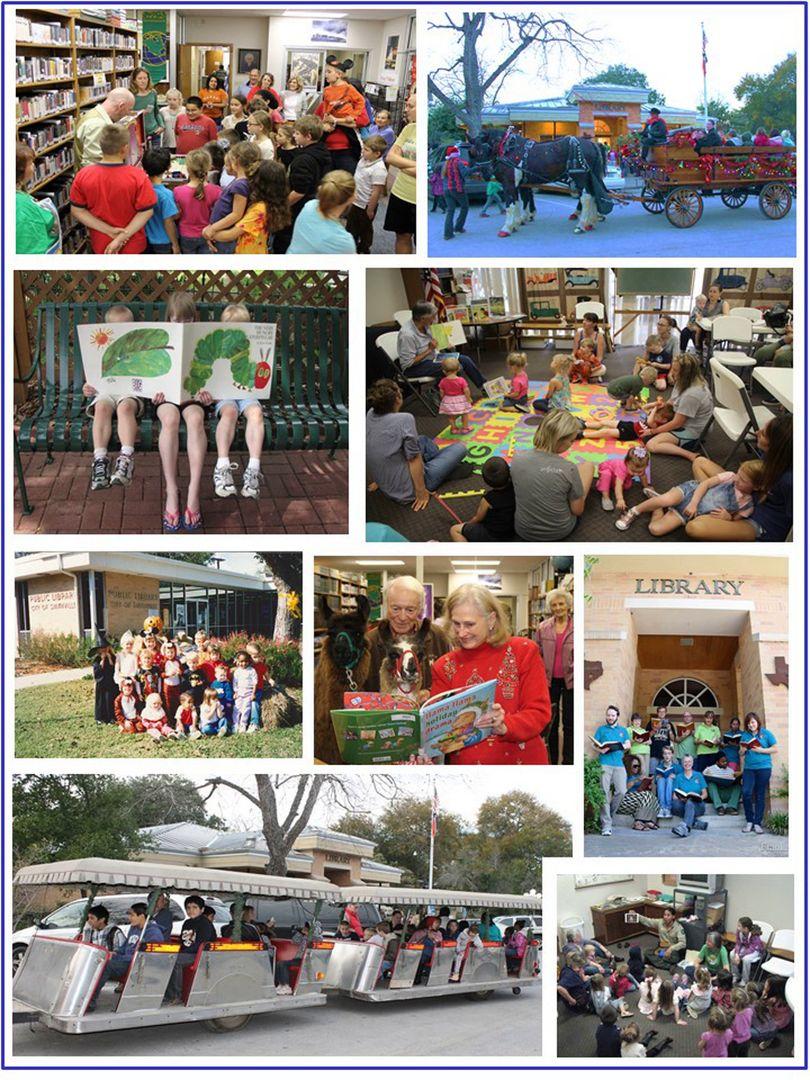 Sponsored By: Friends of the Smithville Public Library
Printer-friendly version