The TSHA is a 501(c)(3) nonprofit organization with a mission to foster the appreciation, understanding, and teaching of Texas history to encourage and promote research, preservation, and publication of historical materials. Handbook entries are written by volunteer historians and professionals, reviewed by TSHA staff, vetted by scholars, and approved by TSHA’s Chief Historian before appearing online. The development of new entries is driven by current events, user suggestions, and internal identification of missing topics, which are reviewed by the TSHA Chief Historian for consideration. Existing entries are continuously revised or updated according to user suggestions and a routine revision schedule. Authors utilize secondary and primary sources such as books, census records, newspapers, military service records, obituaries, diaries, and letters to craft historically accurate entries. The sources are compiled into a bibliography and updated regularly to provide readers with the most current scholarship. The Handbook editors fact-check, copyedit, and format entries using appropriate language for users ranging from middle school to college. The TSHA impacts the educational landscape in Texas by serving at least 1,467,724 students and 15,063 teachers through resources such as the Handbook, teacher workshops, and Texas History Day. 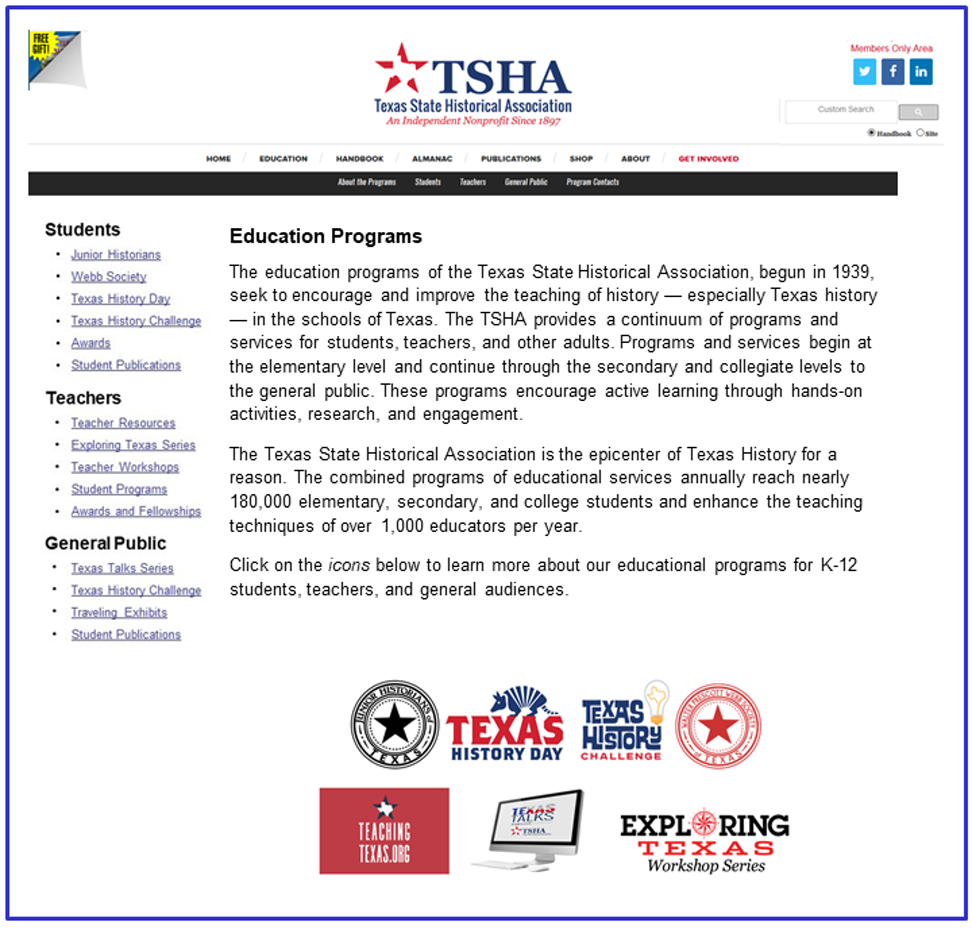