1869: AERA Suffrage Movement Splits
At this meeting, major differences caused a split. Elizabeth Cady Stanton [4] was accused of only wanting the educated to vote. Frederick Douglass [27] took her to task for denigrating black male voters. The 1868 ratification of the Fourteenth Amendment angered many who had wanted it defeated if it did not include women. The debate was sharp and the polarization clearly beyond easy reconciliation. The AERA disbanded and formed two competing women's suffrage organizations (see below). [https://www.britannica.com/topic/American-Equal-Rights-Association]

1869: National Woman Suffrage Association (NWSA)
The National Woman Suffrage Association was founded two days after that 1869 meeting and did not include racial issues in its founding purpose. All members were women. It was formed by Elizabeth Cady Stanton and Susan B. Anthony [16] after their accusing abolitionist and Republican supporters of emphasizing black civil rights at the expense of women's rights. They represented millions of women and was the parent organization of hundreds of smaller local and state groups. Stanton was the first president. [http://www.crusadeforthevote.org/nwsa-organize]

1869: St. Louis, Missouri, Woman’s Suffrage Convention
At this convention, Virginia Minor [29] made an impassioned speech urging women to no longer submit to their inferior condition. Her husband, Francis Minor drafted a set of resolutions, based on the terms of the 14th Amendment which asserted the right of woman suffrage under the U.S. Constitution, When printed in pamphlet form, this message was sent around the country. His argument was that women were citizens of the U.S. and entitled to all the benefits and immunities of citizenship. Thus, women already, by law, had the right to vote. All they had to do was go out and exercise this right. [https://www.nps.gov/jeff/learn/historyculture/the-virginia-minor-case.htm]

1869: Wyoming Territory Suffrage
A U.S. territory in 1869, Wyoming's first legislature, made up entirely by men, voted to give women the right to vote and to hold public office. In 1890, Wyoming became the first U.S. state allowing its woman citizens to vote. [https://www.nps.gov/articles/wyoming-women-s-history.htm]

1869: Iowa suffrage
Iowa Supreme Court ruled that women may not be denied the right to practice law in Iowa and admitted Arabella Belle Babb Mansfield [30] to the bar.

1870: Woman’s Journal
This weekly newspaper publishes its first issue with Lucy Stone and her husband Henry Browne Blackwell serving as editors. It was published until 1931. The new paper incorporated Mary A. Livermore's The Agitator, as well as a lesser known periodical called the Woman's Advocate. [https://snaccooperative.org/ark:/99166/w6bq3bnz]

1870: The 15th Amendment to the U.S. Constitution is adopted.
The amendment holds that neither the United States nor any State can deny the right to vote "on account of race, color, or previous condition of servitude," leaving open the right of States to deny the right to vote on account of sex. Although the Fifteenth Amendment does not specifically prohibit women from voting, it does not specifically guarantee them the right either. Susan B. Anthony and Elizabeth Cady Stanton oppose the amendment. Many of their former allies in the abolitionist movement, including Lucy Stone, support the amendment. [https://www.ourdocuments.gov/doc.php?flash=true&doc=44]

1870: First female Grand Jurors
On March 7, for the first time in the world, women served on a formal jury. It happened in Laramie because passage of the Suffrage Act by the Wyoming Territorial Assembly in December of 1869 gave women the right to vote and hold office. [https://www.wyoachs.com/laramies-living-history-people-page-3-1/2019/3/7/the-ladies-of-the-laramie-jury-first-in-the-world-to-serve1870]

On February 12, all women over the age of 21 years could vote in any election. [https://www.nps.gov/articles/utah-women-s-history.htm]

1870: First woman attorney
Arabella Belle Babb Mansfield took the Iowa bar exam even though the law allowed only while and male applicants. A court ruling stated that “upon appeal, the affirmative declaration that male persons may be admitted, is not an implied denial to the right of females.” Belle passed the bar exam in June 1869, at the age of 23. Iowa opened the profession to women in 1870. [https://www.mikeschaferlaw.com/blog/arabella-mansfield--first-female-lawyer-in-the-us.cfm] 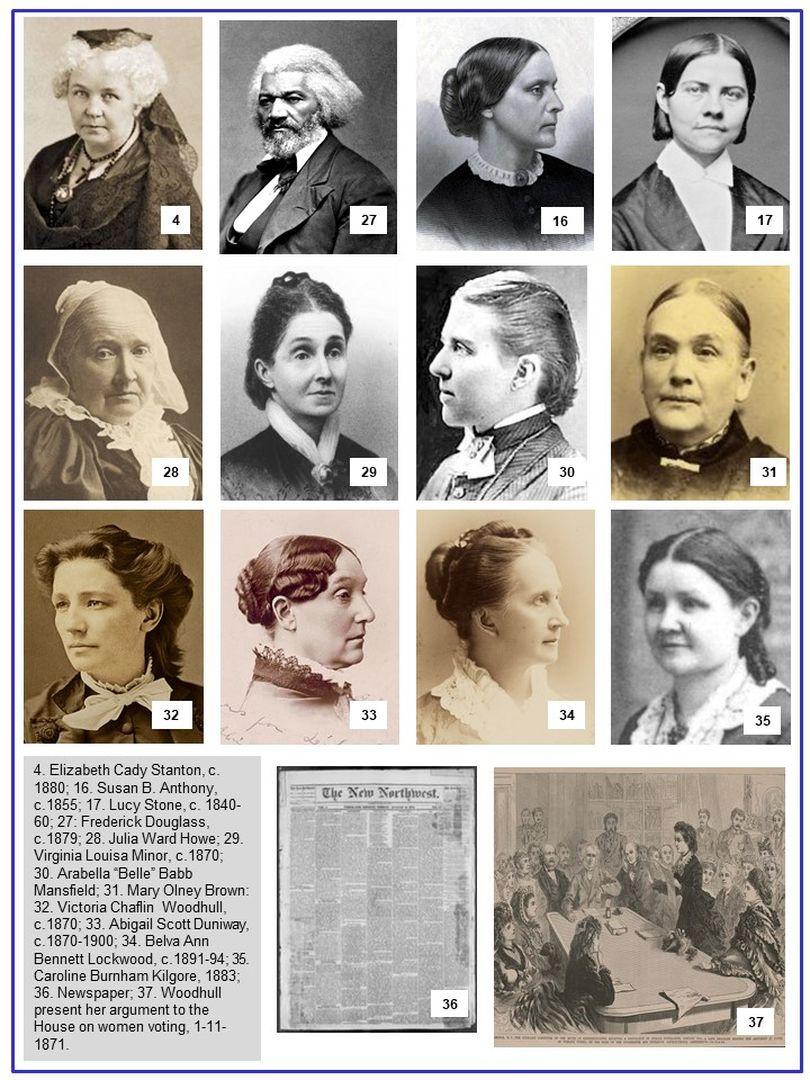