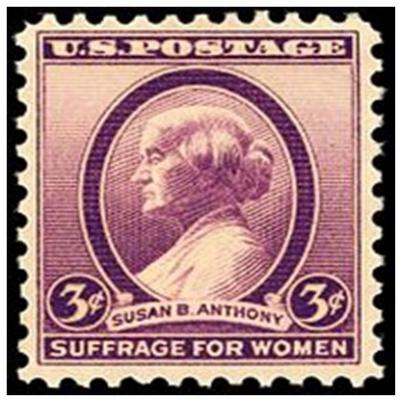 1919: Alpha Suffrage Club
This was the first and one of the most important black female suffrage organizations in Chicago. Established in January 1913 by black club woman, anti-lynching crusader Ida B. Wells-Barnett [44], and white activist Viola Belle Squire, the club helped educate African American women about the political process and encourage them to use the power of the ballot to address issues important to their communities [http://www.encyclopedia.chicagohistory.org/pages/39.html]

1919: "Prison Special" train tour
In the early spring of 1919, 26 women boarded a train leaving Union Station in Washington, D.C. and heading south. Their goal: to share the story of the horror they endured in prison. They had been arrested for fighting for women’s right to vote. This article series explores how and why the “Prison Special” aided the cause of women’s suffrage and helped secure the ratification of the 19th Amendment. [https://www.nps.gov/articles/series.htm?id=2DD55399-9218-B075-2AF1DAB34543A1CA]

1919: Watchfire for Freedom
Angered at President Woodrow Wilson’s failure to secure the last two suffrage votes needed in the Democratic-controlled Senate, the NWP began burning “watchfires of freedom” in January. They torched copies of the president’s speeches, incinerated a paper effigy of him, and ceremoniously burned wood from Revolutionary-era sites. Arrests and imprisonments followed. It is maintained until the Nineteenth Amendment to the U.S. Constitution passes the U.S. Senate on June 4. [https://depts.washington.edu/moves/NWP_project_ch4.shtml]

1919: American Women win full voting rights
On May 21, the House of Representatives passed the amendment, and 2 weeks later, the Senate followed. When Tennessee became the 36th state to ratify the amendment on August 18, 1920, the amendment passed its final hurdle of obtaining the agreement of three-fourths of the states. The right of citizens of the U.S. to vote shall not be denied or abridged by the U.S. or by any State on account of sex. Congress shall have power to enforce this article by appropriate legislation. [https://www.ourdocuments.gov/doc.php?flash=true&doc=63]

1919: Senate approves woman suffrage bill
On June 4, after 41 years of debate, the Senate finally approves a constitutional amendment to provide for woman suffrage, 56-25. Vice President Thomas Marshall, flanked by suffragists, signs the Susan B. Anthony Amendment in the ceremonial office in the Capitol and is sent to the States for ratification. Upon Tennessee's approval on August 18, 1920, the 19th Amendment to the Constitution is ratified. [https://www.ourdocuments.gov/doc.php?flash=false&doc=63]

1920: League of Women Voters (LWV)
On February 14, The League was founded in Chicago, just six months before the 19th amendment was ratified, and women won the vote. Formed by the suffragists of the National American Woman Suffrage Association, the League began as a "mighty political experiment" designed to help 20 million women carry out their new responsibilities as voters. [https://www.lwv.org/about-us/history]

1920: Women's Bureau of the Department of Labor
On June 5, the Bureau was established in the U.S. Department of Labor by Public Law No. 259. The law gave the Bureau the duty to “formulate standards and policies which shall promote the welfare of wage-earning women, improve their working conditions, increase their efficiency, and advance their opportunities for profitable employment.” It also gave the Bureau the authority to investigate and report to the U.S. Department of Labor upon all matters pertaining to the welfare of women in industry. It is the only federal agency mandated to represent the needs of wage-earning women in the public policy process. [https://www.dol.gov/agencies/wb/about]

1920: Hawke v. Smith (253 US 221)
In this case, anti-suffragists file suit against the Ohio legislature based on the fact that Ohio's 1918 amendment providing that amendments to the United States Constitution should be subject to a referendum conflict with Article Five of the United States Constitution. The Supreme Court reversed the Supreme Court of Ohio and ruled that Ohio's referendum provision conflicted with Article Five. [https://www.oyez.org/cases/1900-1940/253us221]

1921: American Birth Control League (ABCL)
Margaret Sanger [66] founded the ABCL on November 10, at the First American Birth Control Conference in New York City. She established the ABCL to offer an ambitious program of education, legislative reform, and research that would supersede the work of Mary Ware Dennett's Voluntary Parenthood League, the successor to the National Birth Control League. It evolved into the Planned Parenthood Foundation of American in 1942. [https://www.nyu.edu/projects/sanger/aboutms/organization_abcl.php]

1922: Cable Act
After women gained suffrage with the Nineteenth Amendment in 1920, Congress swiftly enacted this law on September 22 to restore citizenship to U.S.-born women who had married non-citizen husbands and thereby lost their citizenship under the Expatriation Act of 1907. [https://immigrationhistory.org/item/cable-act]

1922: Fairchild v. Hughes, 258 U.S. 126
In this case, the U.S. Supreme Court held that a general citizen, in a state that already had women's suffrage, lacked standing to challenge the validity of the ratification of the Nineteenth Amendment. [https://supreme.justia.com/cases/federal/us/258/126]

1922: Leser v. Garnett, 258 U.S.130
In this case, the Supreme Court held that the Nineteenth Amendment had been constitutionally established. [https://supreme.justia.com/cases/federal/us/258/130]

1922: First woman Senator
On October 3, Georgia's Democratic governor Thomas Hardwick made history by appointing a woman to a Senate vacancy. He believed this act would appeal to the newly enfranchised women of Georgia. Taking no chances of creating a potential rival for the seat in the upcoming general election, he chose 87-year-old writer, lecturer, reformer Rebecca Latimer Felton [67]. She only served for one day. [https://www.senate.gov/artandhistory/history/minute/First_Woman_Senator_Appointed.htm] 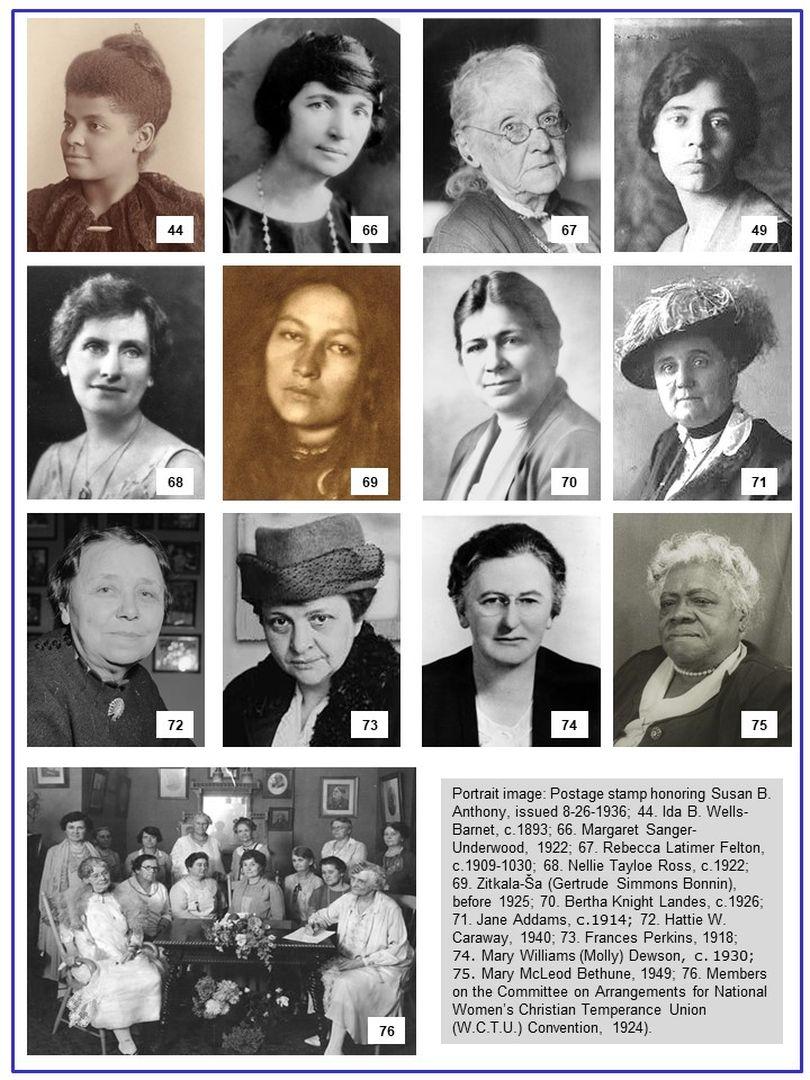