In 1962, three foursomes put up $25 per man and drew two-man teams to play golf for the $300 pot. The event was so successful that the players decided to do it again the following year, setting up a committee to plan and lead it: Jack Alexander, Jerry Footer, Tom Green, Marvin Kogod, John Mannes and Wilton Mendelson. At the time, no one realized that this was the start of an event that would run for 33 years.

As a first step toward building an identity, John dubbed the event “The Tournament of Noses,” helped create a logo and later had the name copyrighted. In 1965, the format of the tournament changed to the best ball of a foursome. To provide more golfing opportunities, a satellite tournament was later added, and the event evolved into an exciting four- or five-day outing for couples.

In the early years, teams were drawn at the first breakfast but, as the membership increased, a dinner event was added before the tournament. One of the highlights of the pre-tournament banquet was a special award given annually to a member by the committee. By 1993, the tournament had grown to almost 100 dues-paying members.

What made the trip special? First, all the members loved to play golf, and the committee made sure the membership included people of various age groups and skill levels. The committee continued to invite couples who were not closely tied socially, so for four or five days people found themselves together with those they may have known only slightly. And, most importantly, younger couples mixed freely with the seniors. A true camaraderie was born, and new and very often lasting friendships were created. To make sure everyone felt welcome and included, events were created for spouses and significant others so they would feel the same type of bonding as did the golfers.

Second, all the members were determined to have a good time and were willing, if necessary, to adapt to whatever situation presented itself. Having 70 plus golfers arrive at an airport at the same time with golf bags and suitcases is, by itself, a logistical challenge, and everyone learned to be patient and to chip in when needed. The same was true when members arrived at the resort or hotel, had to locate delayed bags and find their rooms. One thing was clear: the committee treated everyone the same.

Third, there was always a premium on excellence. In its early years, the event could be planned over a few months. This included taking over a resort’s main golf course for most of a day to accommodate a shotgun start and then getting premium times the next day for the satellite event. However, in the 1990s, popular resorts were getting a lot of requests for golf outings and began requiring groups to make a major commitment at least a year in advance. Our membership could not guarantee participation that far ahead. So, despite its great success, 1993 was the last year the event was held. It was a difficult decision, but having an event that did not meet the needs and expectations of our members was not an option. However, the 33 events we did have created many great memories to share, and debate still rages as to which year was “the greatest trip, ever”! 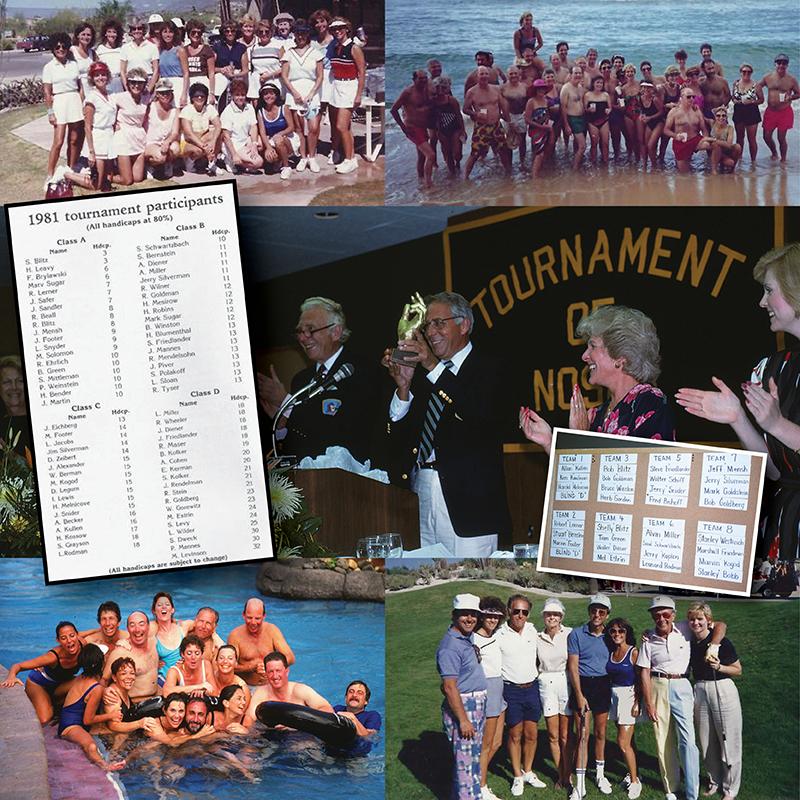