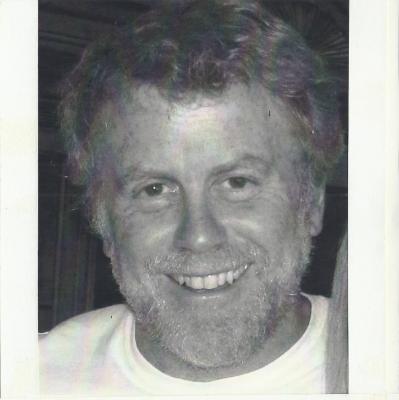 Donald Sandor Klein—Ducky we called him—succumbed to Stage IV stomach cancer just two months after being diagnosed. He died on August 27, 2015; he was 57.

A young 57. This was a guy who, just two months prior to feeling symptoms, had climbed to the top of Yosemite Falls with his sweetie, Kelley. The following day, they hiked to Vernal Falls, joined by me and my wife, Joanne. It was horrifying to observe the cruel swiftness of his decline.

Within a couple of weeks of his first hospital visit, he lost 40 pounds, having also lost his appetite. Chemo was prescribed and administered, but after just one round, he cried Uncle, and that was the end of that. The nature of his tumors made it impossible for him to keep food down, though we tried. It was a constant challenge to keep up with the endless rounds of nausea and pain meds, plus the various concoctions of cannabis tinctures, oils and vaporizers. Kelley massaged his stomach with a turmeric and cannabis remedy infused with almond oil. He glowed golden orange from the deck he had built, lighting the world with his luminescence.

Two months is not nearly enough time to process dying. Especially for someone who packed as much into a life as Don had. It seems Don always had a mission, not the least of which was being everyone’s object of affection. He was something of an “Oops!” baby, born seven-and-a-half years after me, and 11 years behind older sister Diane. He would always be the cute kid brother to us and to our friends.

Don matured quickly, partly due to the death of our Mom when he was 15. Diane was in Maryland, married with children, and I was away at college in Buffalo. Having already tried marijuana, he turned to the drug to mitigate his pain and loneliness. Just as quickly, however, he understood the pitfalls of this lifestyle, and turned to a healing group through a local Y. He swore off weed and approached life as if anything was possible. And everything was.

As a teenager, he worked in a senior care facility and played guitar for the patients. They loved Donny; his humor and tender attentions worked on these elder patients like a salve. It was the first hint of what would become his life as a healer.

When Don was in his early twenties, I was living in northern California. One of the happiest times of my life was when Don moved west in the early 80s and joined my enclave of close-knit friendships. He immediately did what came naturally: became the object of everyone’s affection. He found a communal living situation, meaningful work, he tended his garden, and he found Dodie, who would become his wife.

Dodie was in the area visiting her sisters when she and Don met. She was quite a bit older, but Don always gravitated towards older women. After several months together, and several weeks before Dodie was prepared to return to her home in rural West Virginia, with her 12-year-old daughter Phaedra, she became pregnant. Don had already decided that he was not going to return with them. But he could not, would not, shirk his responsibility as an expectant father: he left California to be a Dad and a life-partner.

That was a hard day, saying goodbye to my bro, but Don was starting a family and there would be a new nephew in my life.

Dylan was born in February of ’82, and Don and Dodie made a beautiful life. The first time I visited their home in Berkeley Springs, West Virginia, I envisioned a band of bumpkins, such was my California perspective of the communities of Appalachia. But the circle of artists, home grown craftsmen, homeopaths, organic farmers, astrologers, and musicians greeted me and welcomed me into a community that made me feel that, of course, Don would be counted among the members of a tribe such as this.

Don’s massage practice thrived, his circles of musicians magnified. He joined groups of triathletes, healers, basketball and softball buddies, and then the grandkids. All of this, and a deep connection to family, were large parts of the fabric of Don’s life.

But there was one more chapter Don hadn’t counted on. After 30 years, Don and Dodie’s life together slowly dissipated. Through the years, Don visited California often, especially for the Kate Wolf Music Festival where Don massaged musicians backstage. It was on one of these trips he found love with Kelley. They met at my 60th birthday party, and became enamored of each other immediately. They shared a special bond of mutual interests and a deep affection. With much pain he left his family and made the move to Sebastopol, where he joined those who would become his new family. He and Kelley made a lovely home they would soon share.

Don and Kelley were well-matched and they spurred each other to a whirlwind of activity. Don was working to get his practice together, and he spent his free time building a cottage on Kelley’s property. It was nearly finished when he became ill.

At the end it was difficult for him to talk, and he didn’t much care to talk. There were so many things I wanted to say to Ducky, so many memories to cull through. I wanted to know how he was feeling at the end, and did he get a glimpse of Mom? Did she really present herself to him as he had described? Our niece Allison went to see a psychic after he passed. The psychic told Allison that “his mother brought him over.” So it seems he did see our Mom, and that means that we are more closely connected to the spirits of our loved ones than I ever believed. And it gives me this hope for a peaceful ending to this “long strange trip” we are on. And hope that someday we will be together again. 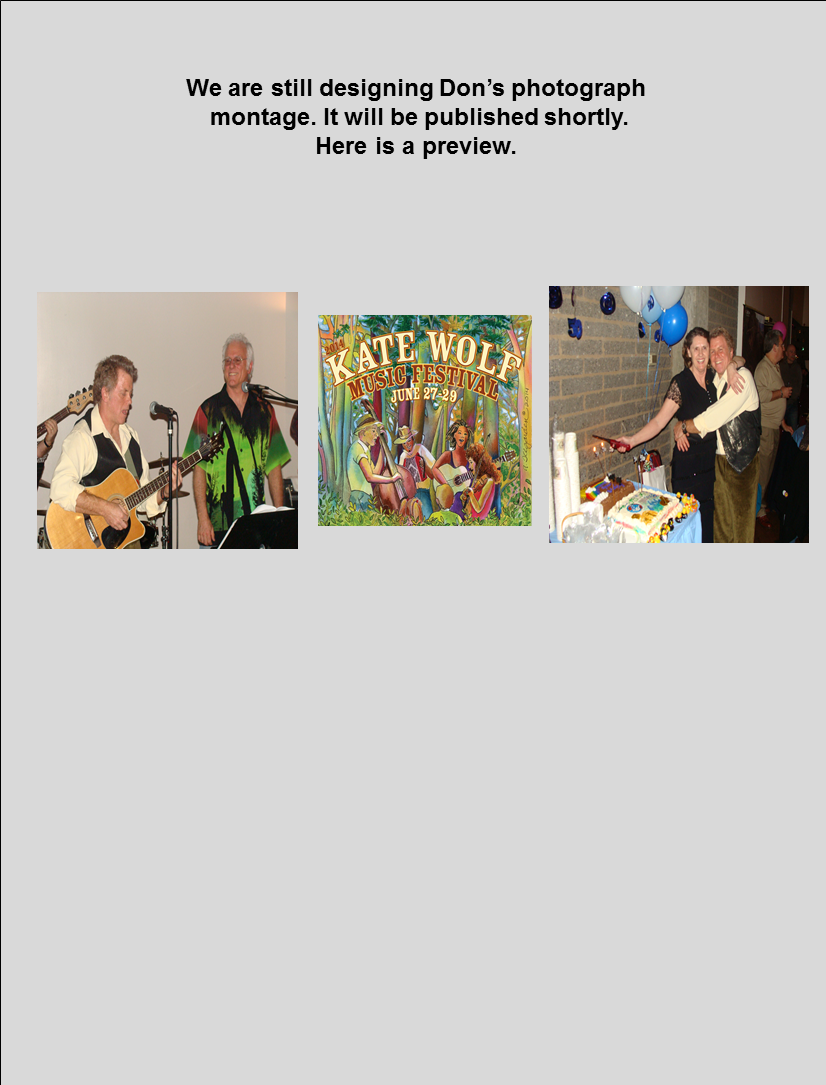