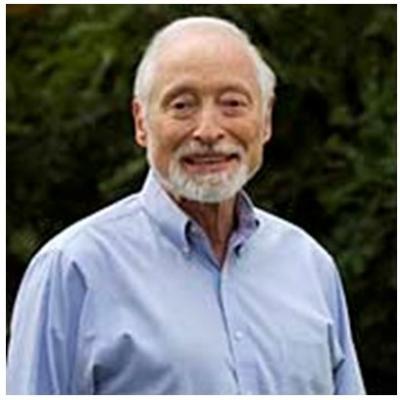 Note: Each image in the photograph collection is linked to the text by a [number in bold brackets].

Dr. Edgar S. Cahn is the originator of Time Dollars and the founder of TimeBanks.org (formerly TimeBanks USA), as well as the co-founder of the National Legal Services Program and the Antioch School of Law (now the University of the District of Columbia David A. Clarke School of Law). A prolific writer, he is the author of No More Throw Away People: The Co-Production Imperative, Time Dollars (co-author Jonathan Rowe, Rodale Press, 1992), Our Brother’s Keeper: The Indian in White America, (1972) and Hunger USA. A compelling speaker, Dr. Cahn possesses the eloquence, passion, and sense of humor to inspire in his audiences a sense not only that social justice matters, but that it calls for immediate action. For over four decades, his own life has stood as a model for action and as a testament to his abiding concern for the rights, welfare, and dignity of the disenfranchised.

Edgar and his twin sister Mary were born on March 23, 1935 in Manhattan, NY to Edmond Nathaniel and Leonore Lebach Cahn. Edmond, who was born in New Orleans, LA, was a lawyer and philosopher of justice, and his legal philosophy dealt mainly with the ethical and moral insights found in the law. His mother was an advocate for the elderly and sick and was best known for her role in the rescue of the Village Nursing Home in Greenwich Village. Edgar attended school in Jackson Heights, NY, before earning his B.A. magna cum laude at Swarthmore College, PA. He continued his education at Yale (CT).

After graduating from Yale law school in 1963, he entered the legal profession determined to use the law to achieve social justice. He started his career in government as special counsel and speechwriter for Attorney General Robert Kennedy under President John Kennedy and wrote Robert Kennedy’s 1964 University of Chicago Law Day address. He was also a speech writer for U.S. Attorney Nicholas Katzenbach and Supreme Court Justice Arthur Goldberg. President Kennedy assigned Dr. Cahn to the Solicitor General’s office for the government’s amicus brief in civil rights sit-in cases. He also worked to spearhead the first national campaign against hunger and malnutrition in the U.S., and in doing so, he authored an influential report entitled Hunger USA, which led to legislation enforcing shipments of food to severely malnourished communities on Indian reservations and in the southern U.S. His work to fight hunger also involved initiating the earliest litigation to challenge the administration of the food stamp and commodities program, establishing the standing for potential recipients, and assisting in the preparation and defense of controversial documentary, “Hunger in America.”

Dr. Cahn’s work seeking social justice first became known at a larger scale when the article he co-authored with his late wife, Jean Camper Cahn, titled The War on Poverty: A Civilian Perspective was published in the 73 Yale Law Journal, 1317 (1964) and became the blueprint for the National Legal Services program. Using their model and working closely with Robert Sargent Shriver and the War on Poverty, the Cahn’s co-created the National Legal Services program under the Office of Economic Opportunity in the Johnson administration. Its central theme—that a War on Poverty would only succeed if policymakers listened to the voice of the poor and provided for their active participation in social programs—is as relevant today as when it was written generations ago.

Having left the government to work with the Field Foundation in 1968, he founded the Citizens Advocate Center as a watchdog on a government whose primary purpose was to challenge the colonialism of the Bureau of Indian Affairs and defend the rights of Native Americans. That same year, he authored “Our Brother’s Keeper, the Indian in White America.” Leading American Indian activists did the research for the book, which was intended as a catalyst for change in national policy and which helped to spearhead the official adoption of Indian self-determination as national policy. It helped enact Public Law 93-638, the American Indian Self Determination Act. By the 1970s, the organization had adopted a broader mission of “functioning as a watchdog of federal grant-making agencies having significant impact on low-income citizens . . . and (increasing) the effectiveness and responsibilities of federal housing programs.”

In 1972, in keeping with their belief that the legal system should be used as an instrument for promoting social justice, the Cahn’s created and founded the Antioch School of Law, a subunit within a network of institutions run by Antioch University. As law-school deans, Dr. Edgar Cahn and his wife Jean Camper Cahn were the first pioneers of clinical legal education in the U.S., incorporating for the first time, clinical experience into a curriculum that included the traditional case study method. This approach is now used in law schools throughout the nation.

When financial distress at Antioch forced it to close several of its subunits in the 1980s, the Council of the District of Columbia bought the school, renamed it the District of Columbia Law School and preserved the law school’s faculty and curriculum. The new law school was awarded provisional American Bar Association accreditation in 1991 and incorporated into the University of the District of Columbia in 1996. Two years later, it was renamed in honor of David A. Clark, a former city council chairman who has been particularly supportive of the school and its mission. The school was awarded full ABA accreditation in 2005 and continues the tradition established in the Antioch days to emphasize social justice as a critical role for the law.

In 1980, after a massive heart attack that nearly claimed his life, Dr. Cahn stepped outside of the law to create yet another social invention, a local, tax-exempt currency called Time Dollars. These units of currency are designed to validate and reward the work of the disenfranchised in rebuilding their communities and fighting for social justice. As a distinguished fellow at the London School of Economics, he completed the work on Time Dollars that has led to Time Dollar initiatives being funded by government and major philanthropic foundations in the U.S. They are active in areas as widespread as juvenile justice, community health, education, public housing, community building, wraparound services for children with emotional disorders, immigrant workers’ rights, and elder care. This service-credit organization now operates in more than 70 communities in the U.S. and many international locations as well.