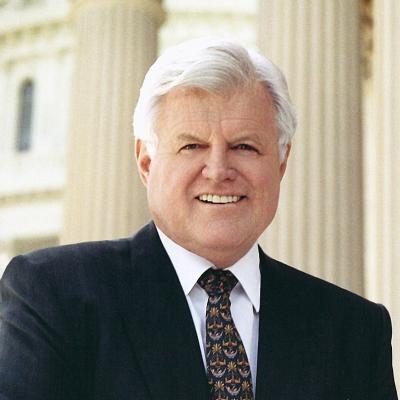 Edward M. Kennedy, born February 22, 1932, to Joseph Patrick and Rose (Fitzgerald) Kennedy in Boston, MA., was, at his death, the third longest-serving member of the U.S. Senate in American history, having been elected to the Senate nine times. President Obama has described his breathtaking span of accomplishment: “For five decades, virtually every major piece of legislation to advance the civil rights, health, and economic well-being of the American people bore his name and resulted from his efforts.” He fought for and won so many great battles—on voting rights, education, immigration reform, the minimum wage, national service, the nation’s first major legislation to combat AIDS, and equality for minorities, women, the disabled and gay Americans. He called health care “the cause of my life,” and succeeded in bringing quality and affordable health care for countless Americans, including children, seniors and Americans with disabilities.

Until the end, he was working tirelessly to achieve historic national health reform. He was an opponent of the Vietnam War and an early champion of the war's refugees. He was a powerful yet lonely voice from the beginning against the invasion of Iraq. He stood for human rights abroad—from Chile to the former Soviet Union — and was a leader in the cause of poverty relief for the poorest nations of Africa and the world. He believed in a strong national defense and he also unceasingly pursued and advanced the work of nuclear arms control.

He was the conscience of his party, and the Senate’s greatest master of forging compromise with the other party. Known as the “Lion of the Senate,” he was widely respected on both sides of the aisle for his commitment to progress and his ability to legislate. Senator Kennedy was Chairman of the Senate Health, Education, Labor and Pensions Committee. Previously he was Chairman of the Senate Judiciary Committee. He also served on the Senate Armed Services Committee and the Congressional Joint Economic Committee. He was a leader of the Congressional Friends of Ireland and helped lead the way toward peace on that island.

A graduate of Harvard University (B.A.,1956) and the University of Virginia Law School LL.B,1959), he lived in Hyannis Port, Massachusetts, with his wife Vicki. He was survived by her and their five children Kara, Edward Jr., and Patrick Kennedy, and Curran and Caroline Raclin, and his sister Jean Kennedy Smith.

Highlights of Service in the U.S. Senate after being elected in 1962:

1964: Strongly supported the Economic Opportunity Act, which was signed on August 20, 1964. The EOA mandated that programs would be "developed, conducted and administered with the maximum feasible participation and the residents of the areas and members of the groups served." It also established community action programs, including ABCD, to mobilize resources that could be used in a direct attack on the roots of poverty.

1966: Through an amendment to the Economic Opportunity Act, helped create a national health center system. In 1966, the nation's first comprehensive neighborhood health center was established by Tufts University in cooperation with ABCD at the Columbia Point Housing Project in Dorchester.

1968: The Bilingual Education Act was passed by Congress in 1968—the first time Congress had endorsed funding for bilingual education. The Bilingual Program, a federally funded program through Title VII of the Elementary and Secondary Education Act, was updated with the Improving American's Schools Act of 1994.

1970: In response to the skyrocketing costs of home heating, which particularly affected low-income families and elders, he actively worked on creating a fuel assistance program. He also supported the Voting Rights Act Extension, to protect the Civil Rights gains made in the 60's

1971: Became Chairman of the Senate Health Subcommittee, enhancing his ability to champion the cause of quality health care for all Americans.

1972:
Had a special commitment to the Meals on Wheels program for senior citizens, which offers nutritional meals to homebound seniors. Another priority was the Women, Infants, and Children Nutrition Program. This program, popularly known as WIC, offers food, nutrition counseling, and access to health services for low-income women, infants, and children.

1973: Worked to continue and improve legal services and emergency health services for the poor and improved educational opportunities for the handicapped.

1979: Became Chairman of the Senate Judiciary Committee and was influential in providing access for women and minorities in judicial nominations.

1980: Sought the Democratic nomination for president.

1981: Garnered Congressional support for Low-Income Energy Assistance Programs (Fuel Assistance) ensuring that low-income and working poor families do not have to choose between eating and heating their homes.

1983: As a new member of the Senate Armed Services Committee, he opposed the untested Star Wars Program and strongly supported Nuclear Arms Control.

1987: Supported a Minimum Wage Increase and the Welfare-to-Jobs Incentives, increasing the job-readiness skills and disposable income for low-income and working poor individuals.

1992: A strong proponent of Early Childhood Education, he assisted in the Expansion of the Head Start Program which increased the number of low-income children served by 25%. Senator Kennedy also championed the Head Start Improvement Act which maintained quality, extended services and authorized the purchase of buildings to enhance program stability. His work on the Summer Jobs for Youth Program resulted in a $500 million supplemental appropriation that was allocated for fiscal year 1992 and provided an additional 300,000 youth with summer employment.

1994: As Chairman of the Senate Labor and Human Resources Committee, he worked closely with President Clinton to expand opportunities for working families. His leadership brought about the passage of the Family and Medical Leave Act and the School-to-Work Opportunities Act, which provided seed money for local school-to-work programs designed and run by local business, education, community and labor leaders. He also sponsored the Human Services Reauthorization Act which guaranteed the extension of ABCD and all Community Action core funding. It also put Head Start on a path to reach all eligible children by expanding the program to cover pregnant women and children under 3. This Act also reauthorized the Low-Income Home Energy Assistance Program to help families pay their heating bills.

1997: An acknowledged national spokesperson for the disadvantaged, he demonstrated his ongoing commitment at the dedication of the $8 million ABCD-controlled, HUD-funded conversion of the abandoned Michelangelo School in Boston's North End to 71 units of affordable elderly housing.

1999: After the passage of the 1996 Temporary Assistance to Needy Families Act (welfare "reform"), he assisted those most difficult to employ with Welfare-to-Work Initiatives. 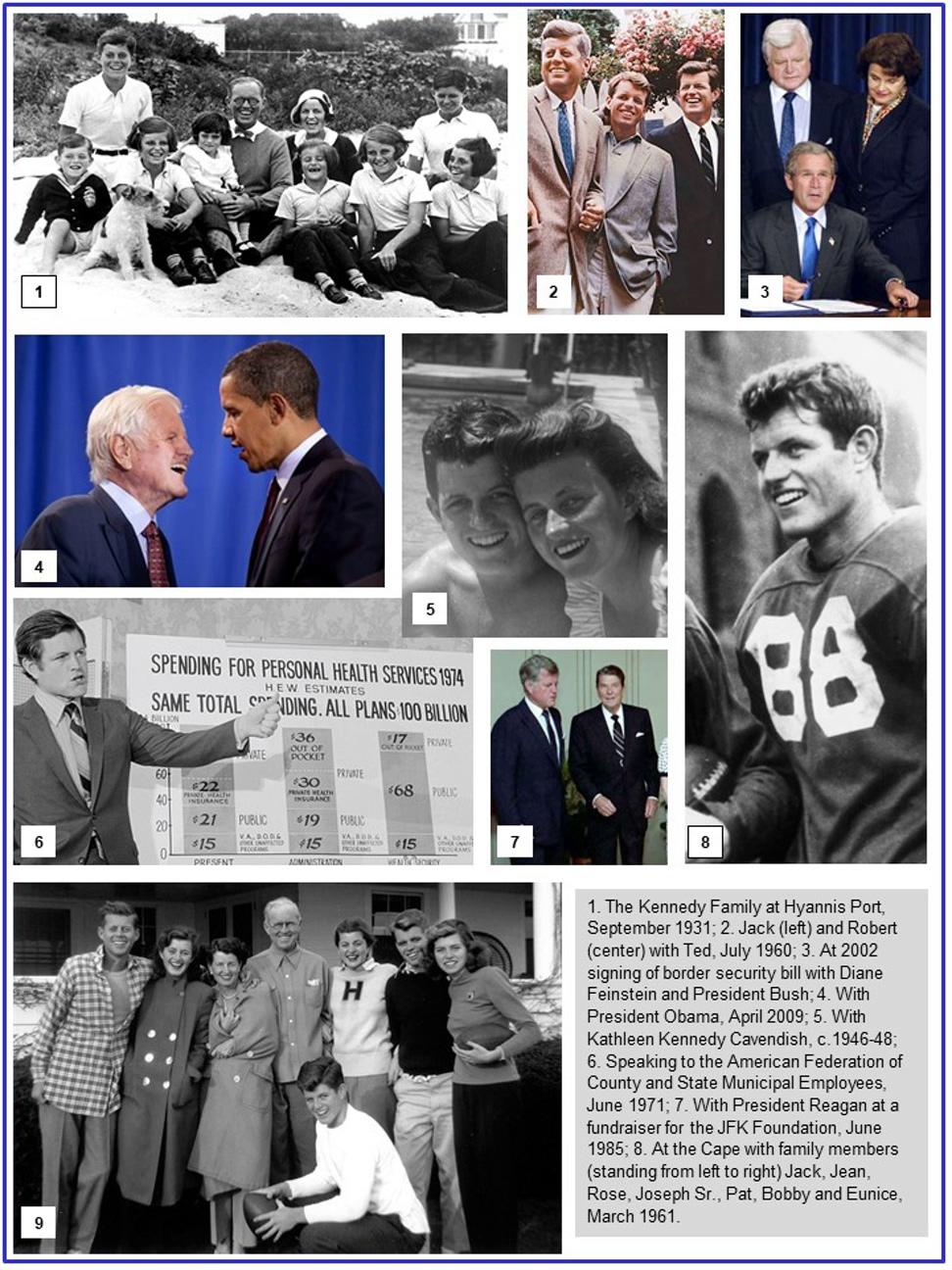