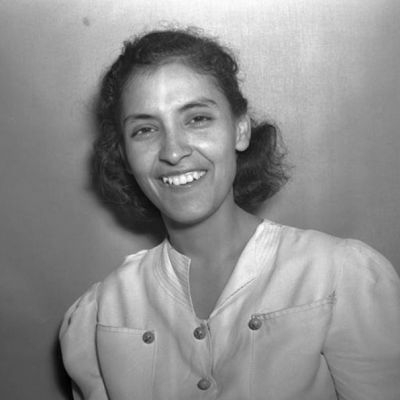 Emma Beatrice Tenayuca, Mexican American labor organizer, civil rights activist, and educator, oldest daughter of Sam Tenayuca and Benita Hernandez Zepeda, was born in San Antonio, Texas, on December 21, 1916. Tenayuca was a central figure in the radical labor movement in Texas during the 1930s and a leading member of the Workers Alliance of America and Communist Party of Texas. She is perhaps best remembered for her role in organizing the largest strike in San Antonio history, the Pecan-Shellers’ Strike of 1938. Her efforts on behalf of the working poor of San Antonio later earned her the nickname “La Pasionaria” (“The Passionate One”).

Tenayuca was raised in a large, blue-collar, devoutly Catholic family on San Antonio’s racially-mixed south side. The family had Spanish and Native American roots in Mexico and Texas that, according to oral tradition, could be traced back to the eighteenth-century settlement at Los Adaes. Due to financial difficulties, she was sent to live with her maternal grandparents in San Antonio’s impoverished, mostly Mexican American west side barrio. This turned out to be a significant development in young Tenayuca’s life. Her grandfather, Francisco Zepeda, a carpenter and avid follower of Mexican politics on both sides of the border, instilled in her a strong interest in the hardships that fellow Mexicans faced in San Antonio and in the organized political activity that addressed those conditions. She was especially drawn to the soapbox speakers who gathered at the local Plaza del Zacate (now Milam Park) on Sundays. They included veteran socialist agitators who spoke about their first-hand experiences during the Mexican Revolution of 1910 and the anarcho-syndicalist ideas associated with the Magonista movement (see Flores Magón, Ricardo).

Tenayuca attended Brackenridge High School where she excelled in her studies, especially on the school’s debate team, and was a star player in both baseball and basketball. She joined a ladies’ auxiliary of the League of United Latin American Citizens, but left the organization in 1933 because it denied admission to foreign-born Mexicans and did not yet allow women to participate as full members. Tenayuca also participated in an after-school reading club, where she read enthusiastically about the works of Thomas Paine, Charles A. Beard, Karl Marx, and the Industrial Workers of the World, an international radical labor union. Her first foray into labor activism came in 1933 when she was inspired to join a group of women striking against the H.W. Finck Cigar Company of San Antonio. Her subsequent arrest and the mistreatment of workers she witnessed at the hands of local law enforcement strengthened her resolve to work in the labor movement. The complacency she perceived on the part of the Catholic Church during the strike also deeply affected her faith.

After graduating from high school in 1934, Tenayuca found employment as an elevator operator at the Gunter Hotel in San Antonio and began organizing workers alongside Mrs. W. H. Ernst, the radical leader of the Finck cigar strike. From 1934 to 1935 Tenayuca played a prominent role in the formation of two locals for the International Ladies’ Garment Workers’ Union (ILGWU). However, she often found herself at odds with ILGWU leadership, especially with local union representative Rebecca Taylor, who she felt did not understand the needs of the Mexican American community. As a result, Tenayuca began working with the Unemployed Council, which later merged with other leftist organizations to form the Workers Alliance of America.

Between 1935 and 1937 Tenayuca gained increasing notoriety as the leader of several highly visible marches, demonstrations, and sit-ins. These actions were coordinated to protest a number of issues that acutely affected the ethnic Mexican community, including the unequal distribution of Work Projects Administration (WPA) jobs, the discriminatory removal of Mexican American families from WPA relief roles, and the abuse of ethnic Mexican workers by local law enforcement officials. This included illegal deportations of U. S. citizens by the United States Border Patrol (see Mexican Americans and Repatriation). Additionally, Tenayuca called for new minimum wage guidelines and petitioned WPA officials in Washington, D.C., to investigate the discriminatory practices of the Texas Relief Commission and other local agencies. She also traveled to Mexico City in 1936 to study briefly at the Workers’ University of Mexico. Upon her return to San Antonio, she joined with W. H. Ernst to organize the Confederation of Mexican and Mexican American Workers, a local offshoot of the Confederación de Trabajadores de México (CTM).

By the spring of 1937 Tenayuca was the general secretary of at least ten Workers Alliance chapters representing thousands of unemployed and underemployed workers in San Antonio. Soon thereafter, she attended the Workers Alliance national convention in Milwaukee and was elected to the national executive board.  During this time Tenayuca also became openly affiliated with the Communist Party. She believed the party offered the best avenue for San Antonio’s under-represented Mexican American workers, who were underemployed, underpaid, excluded from membership in most traditional unions, and received inadequate relief from government agencies.

Tenayuca married Homer Brooks, the chairman of the Communist Party of Texas, in October 1937. Eighteen months later, The Communist published the couple’s historic essay, “The Mexican Question in the Southwest,” the party’s official declaration on the Mexican community as a segment of the working class and national minority. Already a well-known leader in San Antonio, Tenayuca later replaced Brooks as chair of the Communist Party of Texas in 1939 and was also the Communist nominee for the United States Congress in 1938 and 1940. The pecan-shellers’ strike that began spontaneously in January 1938, however, catapulted Tenayuca to even greater heights of local, regional, and national renown.

While organizing for the Workers Alliance, Tenayuca made contact with San Antonio’s pecan shelling workers. The workforce of approximately 12,000, the majority of whom were Mexican women, faced some of the harshest exploitation in the city, including sweatshop-like working conditions and extremely low wages (often less than three dollars a week). On January 31, 1938, the women walked off en masse after the Southern Pecan Shelling Company announced that it was going to cut wages by roughly twenty percent. When the strikers gathered at a local park they chanted “Emma, Emma,” and elected Tenayuca their official leader. The strike quickly grew to more than 10,000 workers, and the organization applied for a charter from the United Cannery, Agricultural, Packing and Allied Workers of America (UCAPAWA), a national union affiliated with the left-leaning Congress of Industrial Organizations (CIO). The strike, one of the largest in the country, lasted for three months. Strikers were subjected to mass arrests and tear gas, and Tenayuca’s Communist Party membership was criticized by the national press. Afraid that her political ties would damage public opinion, CIO and UCAPAWA leaders decided to remove 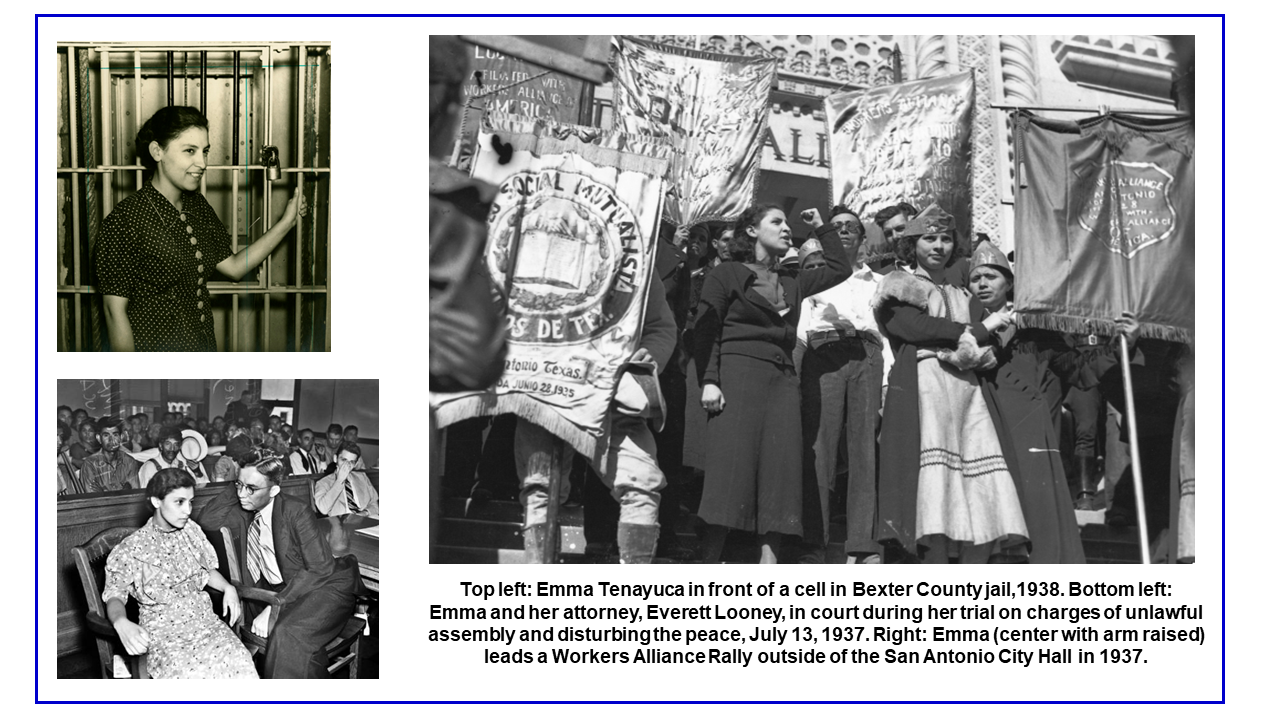