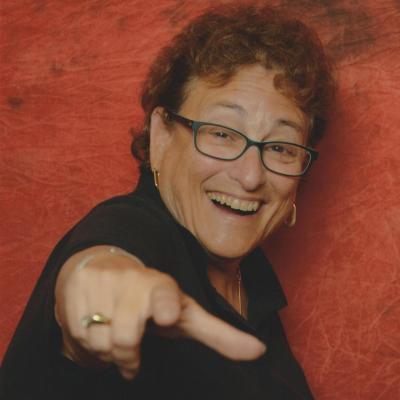 Fay Jacobs is a writer, performer, public relations consultant and GLBT activist. She lives her life based on the advice of her father who said: “Nothing is ever so bad if it’s worth the story you can tell.”

She was born June 29, 1948, in New York City. She is the daughter of Shirley Kelsey Rubenstein and Mort Rubenstein. She and her younger sister Gwen grew up in Queens, NY, Bellmore Long Island, Stamford, CT, and spent she spent her high school years on 54th Street and 6th Avenue in New York City, where she fell in love with Broadway shows. She saw every hit show during Broadways Golden Age of the mid-1960s.

She relocated to Washington DC for college at The American University graduating in 1970 with a BA in Communications and Theater, with her first employment in the promotions department of a local TV station.

Fay had a 30-year career in journalism, public relations and theater in the Washington, DC area, where she directed over 40 musicals and plays at both professional and community theatres. Her favorite was the Annapolis Summer Garden Theatre, an outdoor venue in Maryland. She edited The Montgomery Village News for 17 years before relocating to Rehoboth Beach, Delaware. There, she worked for 11 years as Executive Director for Rehoboth Beach Main Street, Inc., a tourism and economic development organization. In 2002 she won the Governor’s Award for Delaware Tourism Person of the Year. Under her direction, RB Main Street won the Great American Main Street Award in 2009. In addition, she served on the Board of Directors for the GLBT service organization CAMP Rehoboth for 14 years, has written for its publication Letters from CAMP Rehoboth for 21 years and served as Feature Editor for 14 years.

Fay met her mate Bonnie in 1982. She owned a Baltimore Dental Laboratory. They were first married in 2003 in Vancouver, Canada when same-gender marriage became legal there. They celebrated their 30th anniversary (commemorating the day they met) in Rehoboth Beach with a religious ceremony by a rabbi, with the rite being recognized as a marriage by their religious congregation, but just as a civil union in Delaware. One year later on their 31st anniversary and one year anniversary of their Jewish wedding, they stood on the steps of the Supreme Court as Plaintiff Edie Windsor and her legal team gave oral arguments to overturn the Federal Defense of Marriage Act. Shortly thereafter, the law was overturned and Fay and Bonnie’s Delaware civil union converted to full marriage equality.

As a journalist and author, Fay is best known for award-winning humorous essays detailing life in the GLBT friendly resort of Rehoboth Beach. Combining advocacy and stories of life with her wife Bonnie, the books have been hailed as hilarious, provocative and a history of GLBT progress over the decades. She was the publisher of A&M Books, a successor to the legendary Naiad Press—a business she inherited from lesbian publishing pioneers Anyda Marchant and Muriel Crawford. In 2015, she merged A&M with the publishing house Bywater Books.

In retirement, Fay launched a new project, a touring one-woman show called Aging Gracelessly: 50 Shades of Fay. She has performed this oral memoir to sold-out crowds all over the east coast, on an Olivia travel cruise and in NYC on Christopher Street at the Duplex. Critics have called Fay “the last comic sitting.”

Wherever she goes she is accompanied by her wife and their Schnauzer Windsor (named for Edie Windsor). 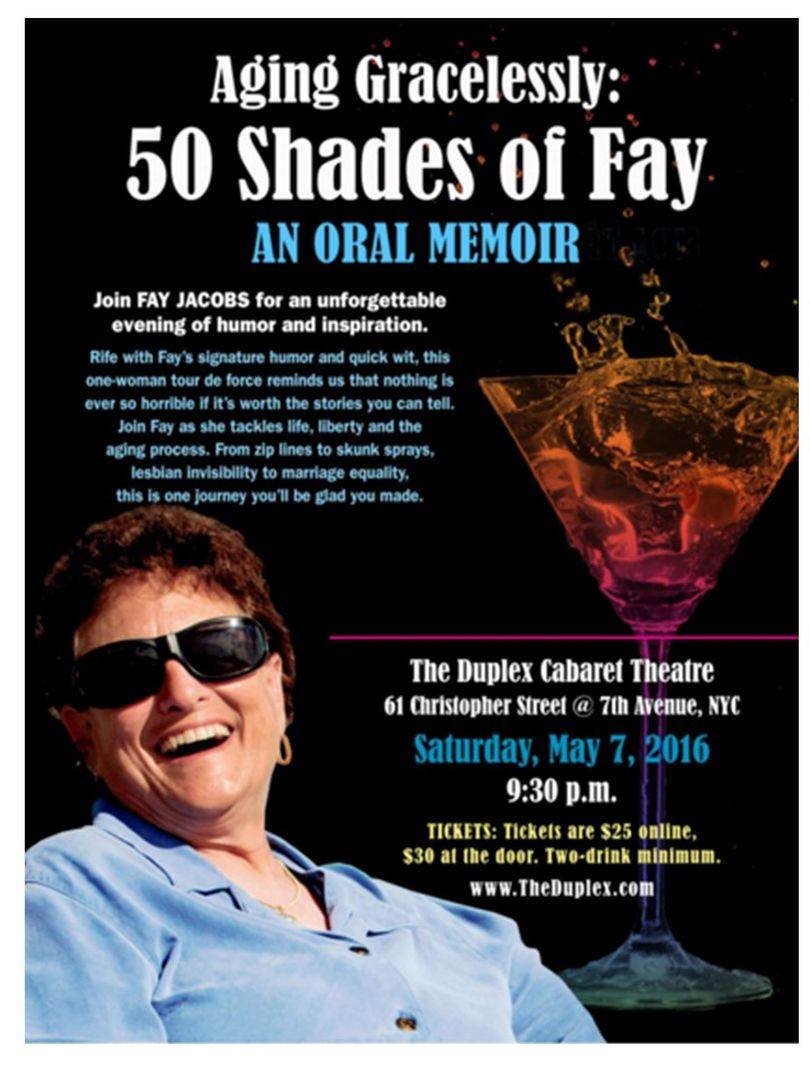