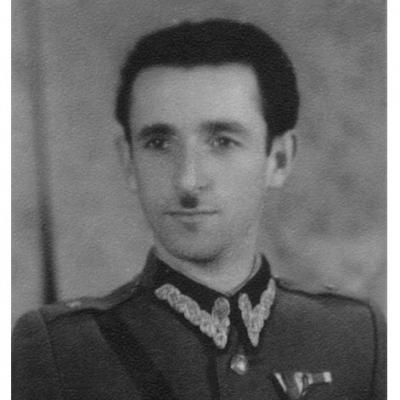 Born in the small town of Kamionka, Poland, on December 11, 1922, Frank Blaichman was sixteen years old when the German army invaded his country in September 1939. The several hundred Jews of Kamionka had lived a peaceful life prior to the invasion, experiencing few incidents of antisemitism. Frank’s grandmother owned a grocery store, and his father made a living buying grain from farmers in the area, selling it in nearby towns and in the city of Lublin.

Within months of the invasion, German officials issued many administrative decrees and regulations intended to isolate the Jews, deprive them of their livelihoods, and dispossess them of their property. Jews were now required to wear armbands bearing the Star of David. They couldn’t travel outside Kamionka without special permits. They were ordered to turn over any valuables, such as gold and jewelry. Their businesses were confiscated. And they were subject to being captured at random for forced labor.

Young Frank immediately began taking risks in an effort to help his parents and his six brothers and sisters survive these hardships. He rode his bicycle from the neighboring farms and villages to Lubartow (six miles to the east) and Lublin (twelve miles to the south), buying and selling goods at each destination. He purchased honey, chickens, butter, grains, and meat from the farmers and sold these products in the cities. In the cities, he bought tobacco, yarn, and saccharin to sell to the farmers.

Refusing to wear the Star of David, Frank rode without the required travel permits. Having had contact with many Polish farmers, Frank spoke Polish fluently, and he was able to travel among them without being recognized as a Jew. When riding on the main roads became more dangerous, he avoided the police and German soldiers by traveling through the fields, often carrying over one hundred pounds of goods on his bicycle.

Month by month, life became harder. Jewish men were conscripted for forced labor, and Frank was assigned to work two days a week in the fields of a nearby estate. Once again, he took risks, choosing to pay someone to take his place in the field so that he could continue to ride his bicycle and engage in trade.

By 1942, the situation was becoming dire. The community suffered from hunger and disease and was terrorized by harassment, raids and random shootings, and heard more and more frequent rumors of mass killings and deportations to death camps. One of Frank’s uncles was shot on the spot when the Germans made a surprise search and discovered fresh meat in his house.

Freedom at Any Cost

In October 1942, when the Judenrat (Jewish councils forced to carry out Nazi orders) informed the Jews of Kamionka that they were going to be “resettled” in a ghetto in Lubartow, Frank slipped away and hid. He would not go into the ghetto, keeping his freedom at any cost, even if it meant never seeing his family again. (Video) He was on friendly terms with many of the non-Jewish farmers in the area, and one told Frank to come to him if he ever needed help. When he arrived, the family greeted him warmly, fed him, and tried to console him. They prepared a bed for him in the house, but he insisted on sleeping in the barn to lessen the danger to which they were exposing themselves. The Germans had made clear their policy to shoot any Poles who let Jews into their homes or who gave assistance to Jews in any way.

Frank soon learned that Kamionka’s Jews had not been relocated to the ghetto in Lubartow. The farmer told him that the Germans had put them on trains to some unknown destination. Frank realized that his family and many relatives, together with the rest of Kamionka’s Jewish community, had probably been taken to a death camp.

Hearing that there were Jews hiding in a small forest near Bratnik, Frank decided to leave the family that had sheltered him for two days. He had no idea how long they could safely look after him, and he decided it would be better to be with his own people. He made his way to the forest where he found an encampment of more than one hundred Jews living in primitive conditions, sheltered in small bunkers that they had dug into the sandy ground and padded with straw.

At first, the forest seemed like a haven, but Frank soon realized the encampment was in constant danger of being discovered. Moreover, when women left the encampment to go to nearby villages for food, they were threatened by Polish hoodlums who called them antisemitic names and robbed and beat them. Frank encouraged the men to organize a defense unit to guard the camp and fight against the hoodlums. “We had no firearms,” says Frank. “The only thing we had was the will and the courage.” (Video)

In all, twelve young men volunteered for this work, and they appointed as their commander a man who had served in the Polish army. He instilled discipline and led the men through practice drills in which they held sticks and pitchforks over their shoulders as if they were carrying rifles. Nineteen-year-old Frank was immediately involved in making policy for his organizational skills and the initiative he displayed when helping organize the defense unit, plus he knew the psychology of the local Polish farmers they would depend on (and in some cases need to defend themselves from).

Frank’s first successful mission came in December 1942 when he heard there was a local farmer bragging that he had a hidden cache of guns. Frank’s defense unit went to the farmer, who denied having the guns. So, they came back and surrounded his farmhouse, holding broken pitchforks that looked like bayonets at a distance.

Dressed in a discarded Polish policeman’s overcoat, Frank went with one of his biggest men to confront the farmer at his door. Frank told the farmer they had just come from Moscow and were there to organize a Polish partisan group. He asked the farmer to hand over his weapons, which he did. He also told Frank about a neighbor who also had a hidden cache of weapons. By night’s end, Frank and his companions had obtained a supply of six rifles, ammunition, and a handgun.

A major turning point came when Frank’s group captured two German collaborators. These informers had been trained and paid by the Germans to hunt for Jews and to spy on the civilian population. After their capture, the spies confessed: they gave Frank’s group the names of other collaborators and admitted to having killed Jews for their valuables and to having turned over other Jews to the Germans. Frank’s unit killed the two men, and almost overnight his group became notorious. Although there were some villagers who resented the fact that Jews had killed two Poles, a great many were pleased to see the spies dealt with. Frank’s unit, surprised to learn that they were now viewed with a combination of respect, admiration, assistance and fear, grew increasingly confident and courageous.

The group’s achievements, however, were countered by terrible setbacks. Early one morning, German soldiers, acting on information given to them by Polish spies, attacked the encampment in the forest and over eighty Jews were murdered. Frank was one of twenty-two who survived. Realizing that the small forest didn’t offer enough protection, Frank’s group began to seek shelter in the more secluded villages, splitting up into smaller groups, 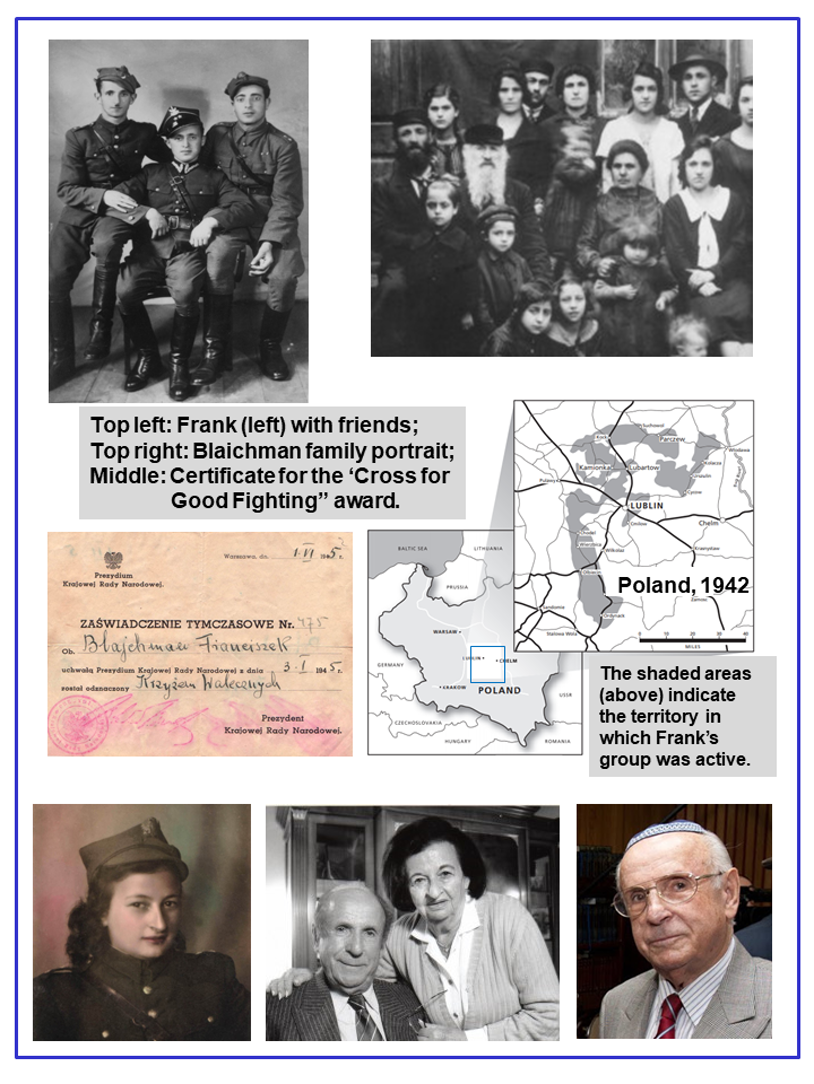