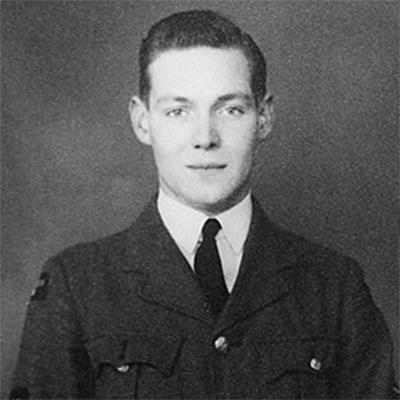 September 3, 1939—“It was the best of times. It was the worst of times." My father had just been admitted to law school, and Great Britain had just declared war on Germany. September 4, 1939, was his 21st birthday. Overwhelmed by patriotic fever, he declined law school and joined the Royal Air Force (RAF).

Christmas Day 1939—Instead of announcing their engagement, my parents were married. My father trained in Ireland as a pilot, but negative vision tests resulted in his reassignment as a navigator. After training, he was posted to Singapore, which would have resulted in a prisoner of war situation. However, due to multiple convoy losses in the North Atlantic, he was posted to Canada. So we spent the war in Canada—never bombed—and, in fact, sent care packages back to England.

Post World War II—My father had a productive and an exciting career with the RAF. He helped implement the George Marshall Plan in Germany. He was exposed to and lived in multiple cultures throughout the world. We were in Egypt during the overthrow of King Farouk and the takeover by Nasser. My father became the commanding officer of the RAF Changi in Singapore. His work was honored when he knelt before his queen to receive the Order of the British Empire in 1960.

My father’s final assignments were within the intelligence world. He served with NATO for five years and had some fascinating experiences. He had a Russian KGB counterpart with whom he would meet in a safe house in Finland to try and defuse international problems. He was called to America frequently by the Pentagon. It was to America where I, his daughter, emigrated, and we shared so many special times in a country he had always admired. My father died October 20, 987, after having his last visit with his grandchildren three months earlier.

George Alfred Harrison was one of two children of Elise and George Harrison, owners of a pub in Manchester, England. He grew up in Manchester and attended Salford grammar school and Manchester University.