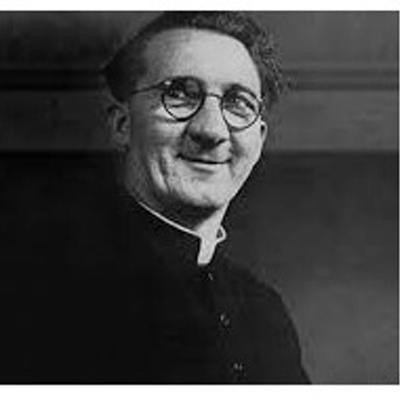 On October 30, 1963, Cahersiveen, County Kerry, Ireland saw the largest outpouring of grief in more than a century as Monsignor Hugh O’Flaherty was laid to rest. Although he was born in Kiskeam, County Cork, he grew up in nearby Killarney, where his father was the steward of the old Killarney Golf Club, Hugh retired to Cahirsiveen three years before his death and was regarded as one of their own. He had been honored with many awards in his lifetime, including Commander of the British Empire and the US Medal of Freedom for Hugh O’Flaherty was a very special man, mourned around the world, including in a front-page tribute in the New York Times.

Young Hugh studied for the priesthood and in 1922, was posted to Vatican City, an independent 110-acre state located within the city of Rome and home of the Pope; it was also the year that Mussolini came to power. O’Flaherty earned a degree in Theology and was ordained in 1925. Continuing his studies, he earned several doctorates and became a skilled diplomat. He served the Vatican at posts in Egypt, Haiti, San Domingo and Czechoslovakia after which he was called back to the Vatican to serve the Papacy.

Father O’Flaherty was also an excellent golfer having learned at the Killarney Golf Club from his father. While in Rome, he played regularly with Count Ciano, Mussolini’s son-in-law; with the former king Alfonso of Spain; and other social luminaries. In 1934, he was elevated to Monsignor and enjoyed a high standing in the social life of Rome which he would use in the years after 1937 when Italy joined Germany and Japan as part of the Axis powers. The new Monsignor was from an Irish nationalist background and in his youth witnessed atrocities being carried out by Black and Tans (Video) during which a number of his friends were killed. When WWII began in 1939, he refused to take sides believing that the Brits were as bad as the Nazis, however, that soon changed. When the allies invaded at Salerno on Sept 3, 1943, Italy left the Axis and made peace with the Allies. An armistice was publicly declared on Sept 8 between Italy and the Allied forces. However, once Germany learned that the Italians signed an armistice, they quickly took over critical defensive positions in Italy and on Sept 10 the Germans occupied Rome.

The Nazis began to crack down on prominent Jews and aristocratic anti-fascists. Having socialized with these people before the war, the Monsignor hid them in farms, monasteries, convents, his old college and his own residence. He visited American prisoners held in harsh conditions in Italian jails and began to offer shelter to Allied servicemen who turned up at the Vatican looking for sanctuary. His operation helped escaped prisoners-of-war and shot-down pilots. He recruited a group to assist him and set up a network of safe houses in Rome to hide them. Allied military who evaded capture or were able to escape, made their way to the Vatican seeking asylum and went to the Irish Embassy there – the only English-speaking embassy to remain open in Rome during the war. The great Irish singer, Delia Murphy, was the wife of the Irish Ambassador at the time and was one of those who helped O'Flaherty.

By the war’s end the Monsignor and his group had helped more than 6,500 Jews, American and British Soldiers escape the Nazis and he was referred to as “The Scarlet Pimpernel of the Vatican.” He also became a master of disguises to avoid capture from the Germans when he had to go beyond the 'White Line’ on his rescue missions. The White Line was a line painted on the streets outside the Vatican on the instructions of Herbert Kappler, the head of the Gestapo, to mark the point where the Vatican’s authority ended, and Nazi rule began. Kappler had learned of O’Flaherty’s operation and reminded O’Flaherty that if he was caught beyond that line he would be executed! In March 1944, after the Italian Resistance killed 33 German soldiers in a bomb attack, Hitler demanded revenge. Kappler ordered 10 Italians killed for each German soldier killed. His men killed 335 people in the Ardeatine Caves outside Rome. It was the worst atrocity on Italian soil during the War. Kappler also tried several times to kidnap and kill O’Flaherty and placed a bounty of 30,000 Lire on his head. Meanwhile, O’Flaherty continued to outwit Kappler with fake credentials and documents, a secret communication network and by evading capture by the Gestapo.

At the War Crimes trial after the war, Kappler was sentenced to life imprisonment with no parole for the Ardeatine Caves massacre. In a surprising move, Italy’s most hated prisoner wrote to his old rival inviting Msgr. O’Flaherty to visit him in prison; the Kerry cleric immediately went to meet with his former foe. Their meetings became regular affairs during which they discussed religion and literature. The Monsignor joked, “Here I am with this man who put 30,000 lire on my head and now we are sort of pals.” The feeling was mutual as Kappler described O’Flaherty as “a fatherly friend”. After his sentence, Kappler, who was Protestant, called on the Monsignor and the two men prayed together after which Msgr. O’Flaherty baptized Kappler. In what was probably Monsignor O’Flaherty’s greatest victory, Italy’s most notorious Nazi was welcomed into the Catholic Church by the very man he had tried so hard to kill.

In 1975, Kappler was diagnosed with stomach cancer and was transferred to a military hospital in Rome. In August 1977 his wife dramatically smuggled him out of the hospital into a waiting car and took him back to Germany where he died in 1978 with few to mourn his passing. As for his courageous rival, in October 1963, the village of Cahersiveen, County Kerry saw representatives from the Catholic Church and officials from the British, American and Irish governments as well as friends from his days in Rome among the thousands who came to say farewell to the man who had helped so many. The 1983 film 'The Scarlet and the Black’ (Video) with Gregory Peck describes his wartime activities, but the rivalry, forged in wartime, which became a friendship created in peacetime remains one of the most fascinating stories to emerge from the Second World War.

A memorial to Msgr. O’Flaherty was unveiled in Killarney, County Kerry on October 30, 2013, with a statue of the beloved priest rushing past a wall entitled ‘God Has No Country’ and on which hang his story and replicas of the medals received from Great Britain, the United States, Haiti and Italy. 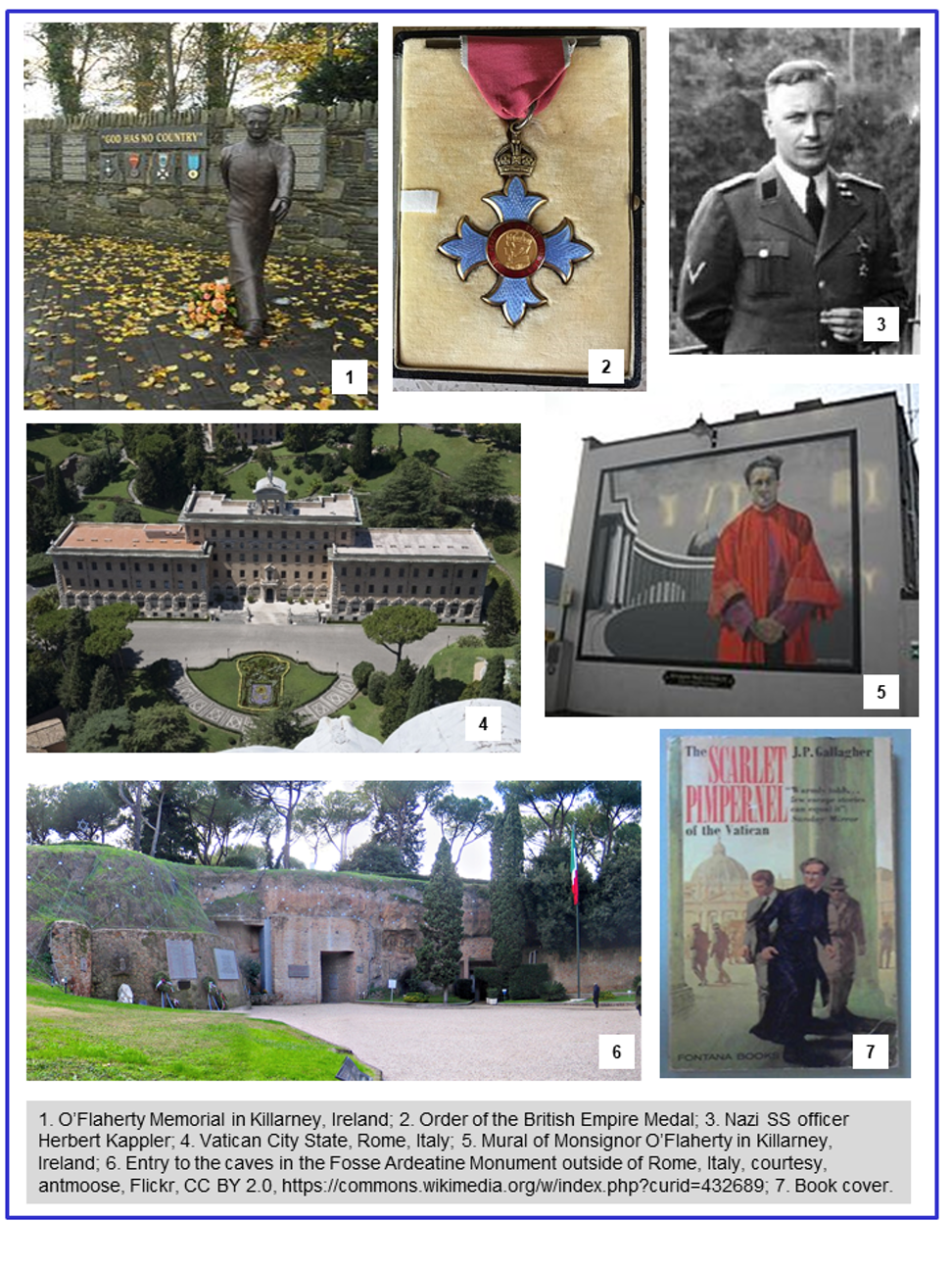