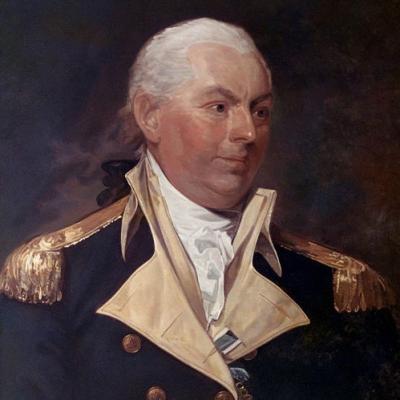 September 13th is Commodore John Barry Day. It is not a new commemorative day, for it has been commemorated on the American national calendar more than once. There were even statues erected in his honor back in the days when Americans remembered with gratitude the contributions of this dedicated man.  Today, how many remember his deeds?  The American Heritage dictionary doesn't even list his name, and his statue which stands in front of Independence Hall, Philadelphia, serves as a platform for pigeons unnoticed by passers-by. It is truly unfortunate that so few remember because, during his lifetime, Barry gave so much to America at a time when she needed it most. It has even been said that had it not been for John Barry, the American Revolution would have been lost.  Dr. Benjamin Rush said in his eulogy at Barry's graveside, "He was born in Ireland, but America was the object of his devotion, and the theater of his usefulness."

Yes, Commodore John Barry was born in Ireland; in Tacumshane, Co. Wexford to be specific, in the year 1745. He grew up with a great love for the sea, and while still a young man, he emigrated to the Crown colonies in America. By 1760, he was employed in a shipbuilding firm in Philadelphia and in 1766, at the age of 21, he went to sea as Captain of the ship, Barbados.  The young Irishman seemed destined for a prosperous career in the colonies, but his integrity and sense of justice led him to risk all in a dangerous venture.

In 1775, years of smoldering unrest erupted in open rebellion as the American colonies openly declared their independence from the Crown.  As England prepared to regain control of the situation, the colonies formed the Second Continental Congress to establish a military force, and defend their recently declared independence, but experienced men were hard to find. Captain John Barry, an early champion of the patriot cause, promptly volunteered his service. With nine years experience as a seagoing Captain, and five successful commands to his credit, the young Irishman was warmly welcomed, and given command of a ship under the authority of the Continental Congress.  On Dec. 7, 1775, eight months after the first shots were fired at Lexington, Captain John Barry took the helm of a new 14-gun vessel aptly named, Lexington.  He quickly trained a crew and began the task of supplying and supporting Washington's ground forces.

On April 7, 1776, just four months after he had taken command, Captain Barry provided a necessary boost to the moral of the continental forces just as he would do so many times when it was needed most: he captured the British ship, Edward, and her cargo—the first American war prize. On June 6, he was given command of the new cruiser, Effingham, and captured two more British ships. In spite of Barry's successes, the war was not going well for the Americans: Philadelphia was in the hands of the British; the British Navy had bottled up the Delaware River; General Benedict Arnold had betrayed West Point and gone over to the British; and Washington's troops were in dire need.  A victory was essential to boost their sagging morale.  Barry captured an armed British vessel when ammunition was scarce, and a supply ship when food was at a premium, he then came to Washington's aid when the leader was planning to cross the Delaware. He organized seamen and joined the land forces which crossed in boats supplied by Barry's friend, County Cavan-born Patrick Colvin who owned a nearby ferry.

Barry was held in such high esteem that, after the Delaware crossing, and the subsequent victories at Trenton and Princeton, in which he served as an aide to Washington, Lord Howe offered Barry a commission to desert the patriot cause. "Not the value or command of the whole British fleet,” Barry replied, "can lure me from the cause of my country which is liberty and freedom."

In addition to commanding naval operations for the Continental Congress, Barry supervised the building of their ships. In command of one of those ships in 1781, when Washington was again in need, Barry captured four important British vessels. Washington personally thanked him for the boost it provided and sent his fearless Captain back into the fray. During a confrontation on May 28, 1781, Barry was wounded and taken below.  Subsequently, his First Officer informed him that the battle was going against them and Barry ordered that he be carried back on deck. When the British demanded his surrender, Barry defiantly refused and sparked his crew to victory. The wounded Captain returned with yet another prize. The last sea battle of the American Revolution took place on March 10, 1783, as Barry was returning with a shipload of bullion from Havana and was set upon by three British ships. The resourceful Captain engaged and destroyed one, and outdistanced the other two, returning with the precious cargo which was used to establish a National Bank for the new nation. After the war, Barry assisted America by transporting Virginia tobacco to Holland to repay America's war debt.

Far from the war at sea, Barry also assisted at the Federal Convention held in 1787 to adopt the new constitution. During the Convention, there was a small group opposed to the adoption of the new constitution, and they absented themselves from the convention, preventing a quorum from being formed. Barry organized a group called The Compellers, and physically forced enough of the seceding members back to form a quorum. The vote was taken, and the constitution was finally approved. People cheered and church bells rang as Barry scored yet another victory for his adopted nation. 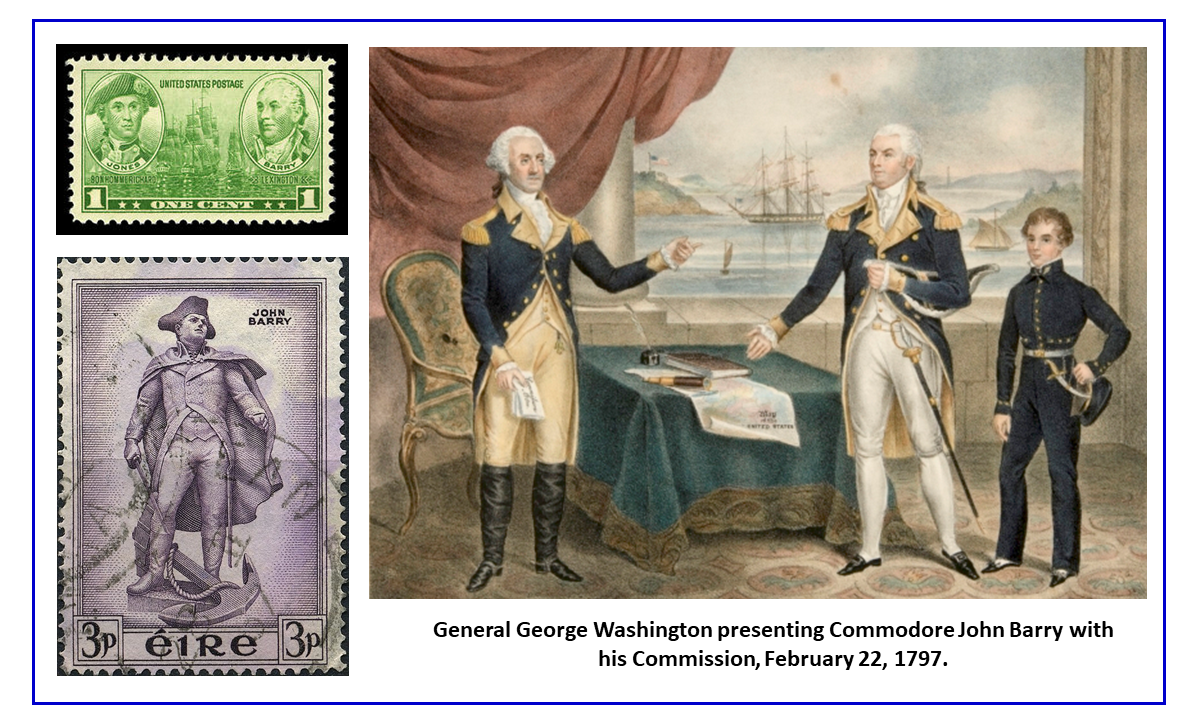