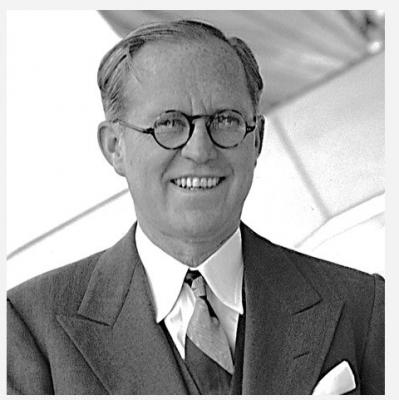 Born in Boston, Massachusetts, on September 6, 1888, Joseph Patrick Kennedy was the son of Mary Hickey and Patrick Joseph Kennedy, an important figure in the Irish community of Boston. Familiarly known as "P.J.," Patrick J. Kennedy had risen from common laborer to highly successful businessman and was eventually instrumental in the organization of two different Boston financial institutions, the Columbia Trust Company and the Sumner Savings Bank. Early on, Patrick J. Kennedy had also entered politics, and Joseph, his first child, was born during P.J.'s third term in the Massachusetts House of Representatives. Patrick J. Kennedy also served in the Massachusetts Senate, but his enduring political power was in the unofficial capacity of a "ward boss" who held sway in the East Boston Ward 2 for more than thirty years.

Joseph grew up in East Boston and attended Catholic schools until the eighth grade when he was enrolled in Boston Latin School, a college prep academy in the Boston Public School system. Despite an aptitude for mathematics, his academic record was mediocre at best. Nonetheless, he was popular and elected class president during his senior year. After graduating from Boston Latin, he entered Harvard University, earning a B.A. in 1912, and became an assistant state bank examiner for Massachusetts, the first step in a career in finance that would bring him great wealth.

While at Harvard, he began courting Rose Fitzgerald, daughter of Boston Mayor John F. "Honey Fitz" Fitzgerald. They had grown up in the same circles, spent summer vacations together as children, and later attended parties and dances together. After Rose’s debut in society and his graduation, they married on October 7, 1914, and settled in the Boston suburb of Brookline.

Business Beginnings: Columbia Trust, the bank his father had helped start, was ailing and its stockholders were on the verge of selling out. Sensing an opportunity, he purchased a controlling interest, becoming, at twenty-five, the nation’s youngest bank president. He maintained good relations with his working-class client base but always sought new links to Boston's business elite. His entry into that circle was confirmed by his election to the Board of Trustees of the Massachusetts Electric Company, New England's leading public utility at the time. He was named to its Board on May 29, 1917, the same day his second child, John Fitzgerald, was born.

Kennedy soon became assistant general manager at the Bethlehem Steel Fore River Shipyard in Quincy, Massachusetts. Already one of the nation’s largest shipyards, Fore River was booming as a result of the U.S.' entry into World War I. During his tenure at Fore River, he first met—and sometimes clashed with—Franklin D. Roosevelt, then Assistant Secretary of the Navy.

The War effort had pushed Kennedy to exhaustion, compounded by worry over Rose who was expecting during the deadly Spanish flu epidemic that was proving a threat to pregnant women. But Rose safely gave birth to her first daughter Rosemary in 1918, and within a couple of months, the War ended, and the flu had subsided. Realizing that a peacetime economy would weaken the shipyard, he decided to return to finance. Galen Stone, a partner at the brokerage firm of Hayden, Stone and Company, became his mentor and Kennedy absorbed the precepts and practicalities of the stock market, increasingly investing his own capital. Despite setbacks, his progress—and success—were notable. When Stone retired in 1923, Kennedy moved on. He left the firm—but not the physical address—and became "Joseph P. Kennedy, Banker," offering financial services based on the knowledge and skills he had developed. For the next three years, Kennedy would undertake a series of business ventures that would create a net worth of $2 million.

Making Movies: In early 1919, Kennedy purchased the Maine and New Hampshire Theatres Company, a small chain of New England movie houses. This showed him the promise of the movie business but also that the real money was being made in production rather than distribution. He learned about Film Booking Offices (FBO), a company controlled by the British-based Robertson-Cole Company, whose owners were dissatisfied with the money-losing habits of Robertson-Cole/FBO. When they turned to Hayden, Stone for help in finding a U.S. buyer, the project was assigned to him. Although unsuccessful in finding a buyer, he wanted the company for himself. In the summer of 1925, he and a group put together a million-dollar offer that was turned down flatly as insufficient. Yet about six months later, in 1926, the British owners, perhaps discouraged by the FBO losses, suddenly chose to accept his bid.

Kennedy represented a new and coming thing for Hollywood. Movie making had always been a business, but its newness encouraged lax business practices and deterring stable investment. His take-over of FBO brought it the stability and expertise of an established businessman. He created a finance company, Cinema Credits Corporation, and tapped into his many financial contacts. At the same time, he enforced a fiscal discipline on FBO that was new to the company and, indeed, Hollywood in general.

Now a movie mogul, Kennedy moved his growing family from Boston to the New York suburb of Riverdale. Three more girls had followed Rosemary—Kathleen, Eunice, and Patricia­—before a third boy, Robert, was born. Another girl, Jean, would be born after the family settled in New York. In later years, Kennedy would state that the social constraints on his Irish Catholic family in Yankee-dominated Boston had motivated the move, but he also needed to enter a broader, more varied business arena.

He spent most of 1926, putting FBO on a sound business footing. He also arranged for a series of lectures at Harvard by some of the most notable names in Hollywood and turned them into a book on the history of film. These men were very flattered to speak at one of the nation’s great universities. Despite grumbling at a connection with anything so disreputable as the movies, Harvard received a sizable donation by Kennedy to help set up a film library. Kennedy profited most of all, gaining an introduction to, and the confidence of, some of the most powerful men in the film industry.

In fall 1927, Kennedy approached David Sarnoff, head of Radio Corporation of America. As the developer of Photophone, a sound system for the new "talkies," RCA needed a connection with Hollywood to sell its product. At the same time, Kennedy needed to compete in the new market of sound films and to do so, needed access to a technology that was not proprietary, like Warner Brothers' Vitaphone. FBO and RCA cemented its alliance with the purchase by FBO of the Keith-Albee-Orpheum theater chain, thus providing the venues for Photophone process pictures. In the meantime, he was asked to turnaround Pathé-DeMille, a production company that already had an uneasy affiliation with KAO and then with First National. As a condition, Kennedy demanded absolute power in the companies, and in fact wound up in control of Pathé, but the requirement did not sit well with the board of First National, which ultimately dispensed with his services. Still, for a brief period in 1928, he was the de facto head of four different companies.

Since FBO-KAO were vertically aligned, the next step was a merger, since KAO already had a connection with the production company Pathé-DeMille. The deal involved the purchase by RCA of a major stake-holding in KAO to complement the majority holding it already had in FBO. Pathé for the moment remained outside of the compact, and Kennedy continued to run that company. What emerged in late 1928 was the holding company Radio-Keith-Orpheum, which became a subsidiary of RCA. The prime movers in the merger, Kennedy, Sarnoff and their investors, profited handsomely although there were complaints from smaller and less well-connected shareholders. 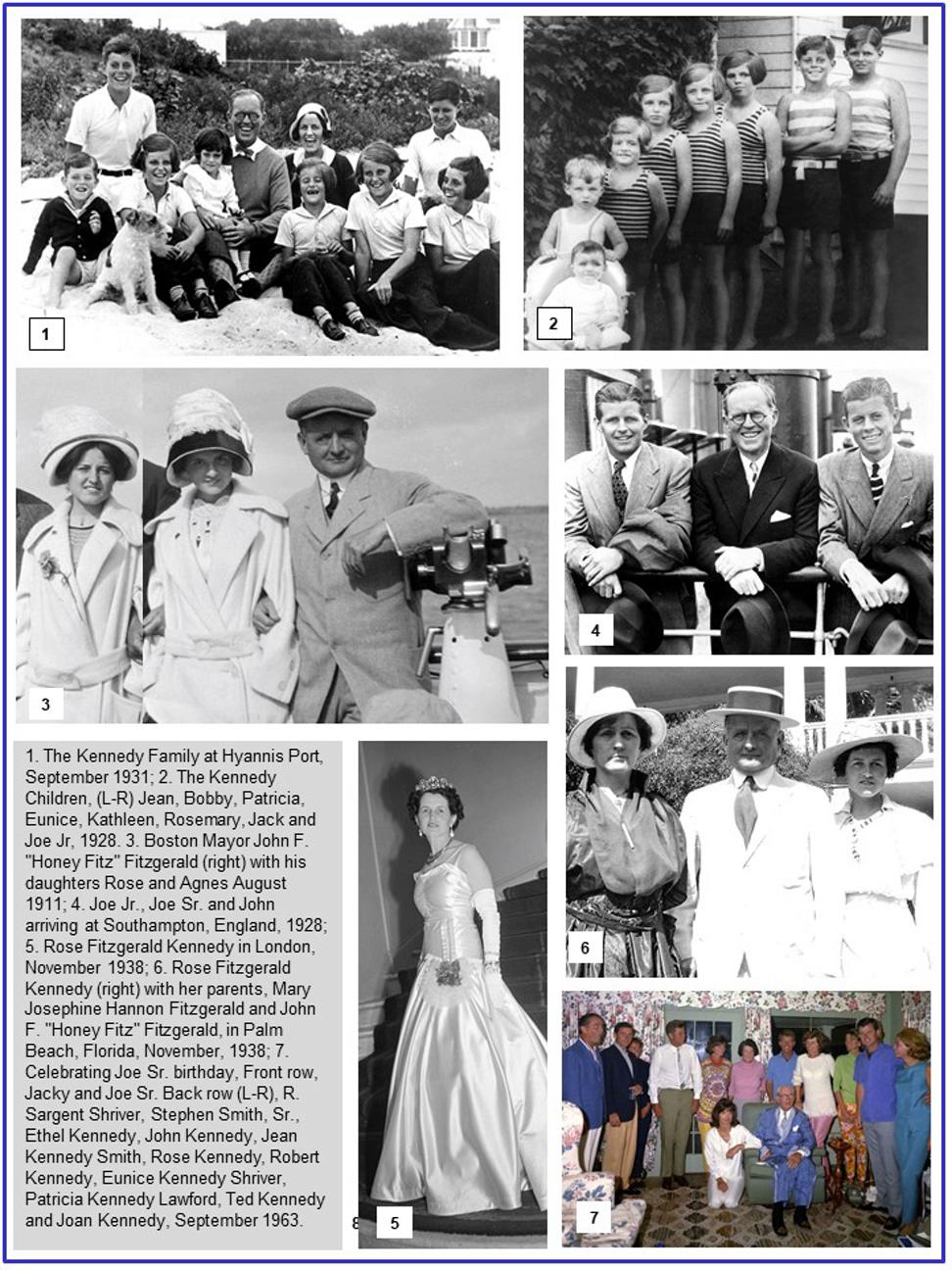