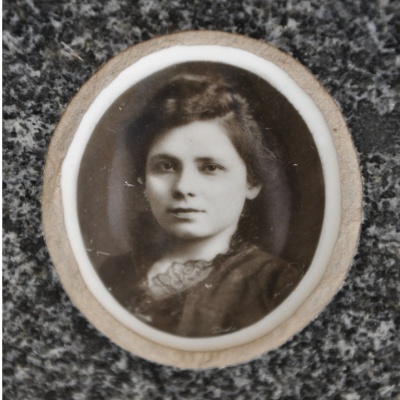 Jovita Idár, (Video) teacher, journalist, and political activist was born in Laredo in 1885, one of eight children of Jovita and Nicasio Idár. She attended the Holding Institute (a Methodist school) in Laredo, from which she earned a teaching certificate in 1903. She then taught at a small school in Ojuelos. Inadequate equipment and poor conditions, as well as her inability to improve them, frustrated her, so she resigned and joined two of her brothers as writers for her father's weekly newspaper, La Crónica.

In 1910 and 1911 La Crónica was vocal in criticizing certain aspects of Hispanic-Anglo relations. It featured stories on educational and social discrimination against Mexican-Americans, deteriorating economic conditions, decreasing use of the Spanish language, the loss of Mexican culture, and lynchings of Hispanics. The newspaper also supported efforts of the revolutionary forces in Mexico. In 1911 La Crónica called a convention of the Orden Caballeros de Honor, a fraternal order, to discuss the troubling issues of the times. In September 1911 Jovita Idár joined lodge members and others at Laredo in the First Mexican Congress (Video) to discuss educational, social, labor, and economic matters. Women participated as speakers and participants; for some, it was the first political meeting. This Congress has been called the first attempt in Mexican-American history to organize a militant feminist social movement. That same year, Idár published a pro-woman suffrage piece in La Crónica.  In 1916, when she and her brother, Eduardo, formed another newspaper entitled Evolución, they continued to advocate publicly through their press the importance of women's rights in politics. Another outcome of the congress was the formation in October 1911 of the League of Mexican Women. Jovita Idár became its first president and organized its principal effort, to provide education for poor children.

In 1913 during the Mexican Revolution battle of Nuevo Laredo, Idár and a friend, Leonor Villegas de Magnon, crossed the border to care for the injured. Idár later joined La Cruz Blanca, a medical group similar to the Red Cross, and traveled in northern Mexico with revolutionary forces as a nurse. When she returned to Laredo later that year she joined the staff of the newspaper El Progreso and soon offended the United States Army and Texas Rangers with an editorial protesting President Woodrow Wilson's dispatch of United States troops to the border. When rangers arrived to close down El Progreso, Idár stood in the doorway to keep them from entering. The rangers closed the newspaper later, however, and Idár returned to La Crónica. After her father died in 1914, she ran the paper.

In 1917 Idár married Bartolo Juárez. The couple moved to San Antonio, where Jovita Juárez became an active member of the Democratic Party, established a free kindergarten, worked as an interpreter for Spanish-speaking patients in a county hospital, and was an editor of El Heraldo Christiano, a publication of the Rio Grande Conference of the Methodist Church. She and her husband had no children. She died in San Antonio in 1946.

The original article and bibliography were prepared by Nancy Baker Jones for the Texas State Historical Association, the Handbook of Texas Online. All photographs, unless otherwise noted, are from the original article and all image are available on the Internet and included in accordance with Title 17 U.S.C. Section 107. Additional hyperlinks and public domain photographs have been added. The portrait photograph of Jovita Idar, provided by @andrewbutlerphotos.com, appears on her headstone. Up until about 1940, photographs on gravestones were a cultural specific item in this area in Texas among Germans, Czechs and Hispanics. However, for Hispanics. they were not so common outside of the cities, which is probably a reflection of their economic status in rural areas. Inset image of Jovita Idar from the video (top line of text) prepared by Plaid for Women, Inc.
____________________ 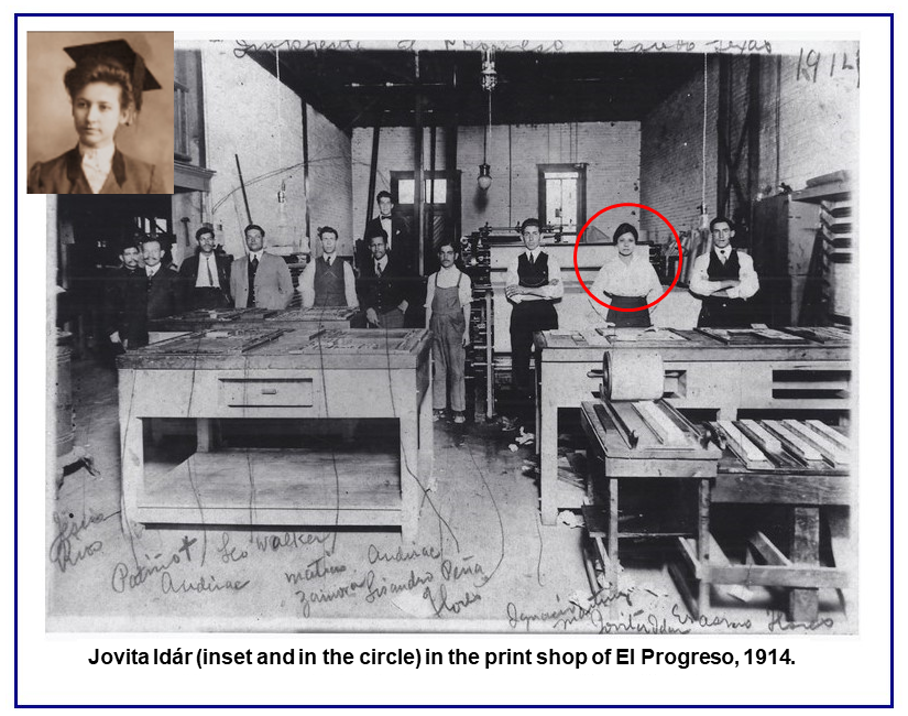