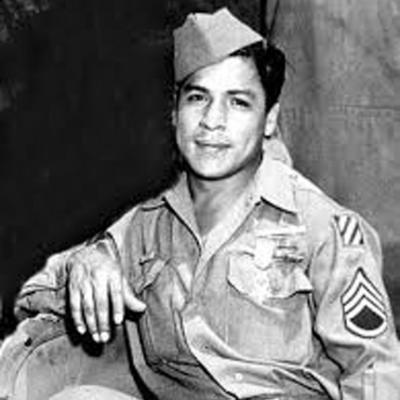 Lucian Adams, Medal of Honor recipient and son of Lucian Adams, Sr., and Rosa (Ramírez) Adams, was born in Port Arthur, Texas, on October 26, 1922. The Adams family consisted of nine brothers and three sisters. Eight of his brothers served in World War II, and all returned home safe after the war. Lucian attended Webster and Franklin elementary schools in Port Arthur as well as Thomas Jefferson Junior High School but dropped out of high school to help support his family. At the beginning of World War II, Adams worked eighteen months for Consolidated Iron Works, a company that manufactured landing crafts and warships. In February 1943 Adams was inducted into the United States Army at Fort Sam Houston and then went to Camp Butner, North Carolina, for basic training. He remained at Camp Butner until November 1943 and then was sent to Europe.

Adams distinguished himself during the Italian campaign. The Texan hit Anzio Beach with the Third Infantry Division in January 1944. On the beach at Anzio, he was credited with neutralizing a German machine gun nest. Wounded in combat, Adams would receive the Purple Heart. For his efforts at Anzio, Adams was awarded the Bronze Star on May 23, 1944.

On August 15, 1944, the Third Infantry Division came ashore on the Riviera in southern France as part of Operation Dragoon. In late October the division faced stiff enemy resistance in the Vosges Mountains in eastern France. Reinforced with fresh troops familiar with the terrain, the Germans succeeded in moving into the Third Division’s defenses in the forest and cutting its supply lines. Assigned to a company in the Thirtieth Infantry Regiment, Staff Sergeant Adams’s unit was assigned the task of reconnecting this breach in the supply line and reestablishing contact with two companies that had lost contact with the rest of the battalion.

Lucian Adams earned the Medal of Honor for his heroics in combat that took place near St. Die, France, on October 28, 1944. Efforts by the Americans to rectify the situation proved slow and costly with three men from Adams’s company killed and six others wounded (including the company commander). Facing heavy fire from three German machine guns sites and infantry equipped with automatic weapons and grenade launchers, Adams, acting on his own and holding a Browning automatic rifle, rapidly moved forward firing from his hip, avoiding the full force of enemy fire, and going from tree to tree for cover.

In an episode that lasted about ten minutes, the Texan dashed “like a tornado” from one machine gun position to another and knocked out three with weapon fire and grenades. When the fighting was over, Staff Sergeant Adams had killed nine Germans, taken two prisoners, knocked out three machine guns, contributed to a German retreat, and had reopened the broken supply lines in his battalion. Near the end of his life, Adams credited his mother’s prayers for having emerged from the ordeal uninjured. (Video)

On April 22, 1945, Lt. Gen. Alexander Patch presented the Medal of Honor to Staff Sergeant Adams and four others in a ceremony at Zeppelin Stadium, Nuremberg, Germany, (Video) the same location of Adolf Hitler’s Nazi rallies. Before the ceremony, army personal covered the swastika symbol on top of the stadium with an American flag. Minutes after the ceremony army engineers removed the flag and blew up the swastika. (Video)

On September 7, 1945, Adams received his discharge from the United States Army. On January 4, 1946, he accepted a position with the Veterans Administration and worked as a benefits counselor in San Antonio for forty years until his retirement in 1986. He also served as a veterans’ affairs consultant for Congressman Frank Tejeda.

Near the end of his life, Adams suffered from heart trouble and diabetes. In 2002 he was profiled in the documentary film Hispanics and the Medal of Honor (Video) shown on the History Channel. Adams died in San Antonio on March 31, 2003. His marriage to Linda Cassias had ended in divorce; his children—Grace, Rose, and Lucian Adams, Jr.—survived him. Lucian Adams was buried with full military honors at Fort Sam Houston National Cemetery in San Antonio. Jose Mendoza Lopez, a friend and fellow Medal of Honor recipient from World War II, called Adams “a great, great man who did a terrific job. I will miss him very much.” A stretch of Interstate 37 in San Antonio is named the Lucian Adams Freeway in his honor. 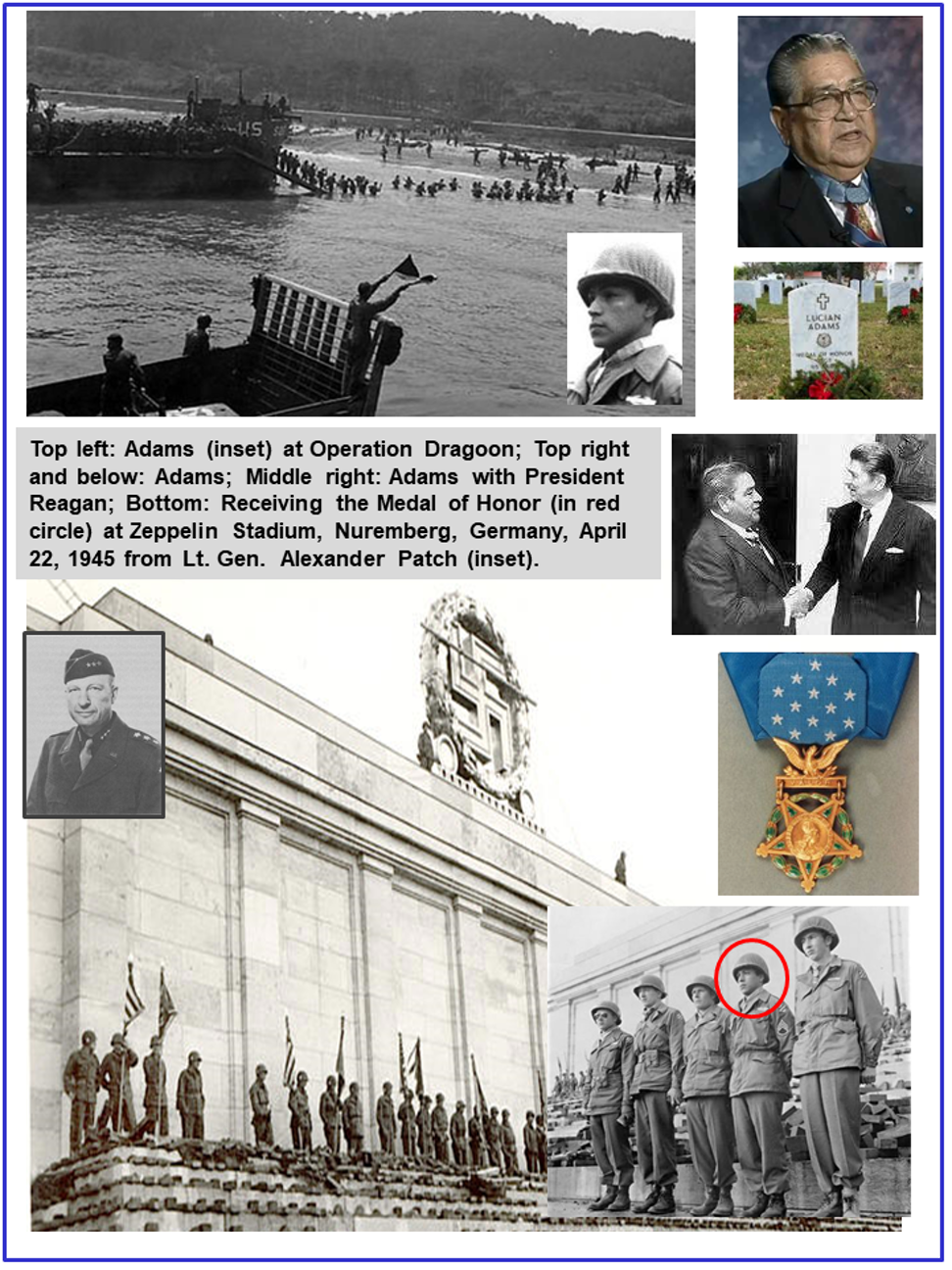