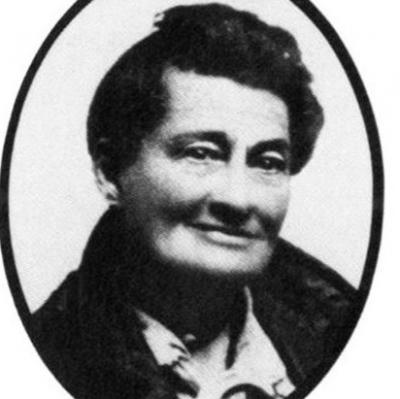 Mollie Bailey, "Circus Queen of the Southwest," (Video) the daughter of William and Mary Arline Kirkland, was born on a plantation near Mobile, Alabama. Sources differ regarding her birthdate. Bailey’s headstone lists her birth as 1841, the year was also given by her daughter-in-law Olga Bailey. Other sources state that she was born on November 2, 1844, while her obituary stated her age was eighty-two at the time of death, which would put her birth in the mid-1830s. As a young woman, she eloped with James A. (Gus) Bailey, who played the cornet in his father's circus band and was married in March 1858. With Mollie's sister Fanny and Gus's brother Alfred, the young couple formed the Bailey Family Troupe, which traveled through Alabama, Mississippi, and Arkansas acting, dancing, and singing.

In the Civil War Gus first enlisted in the Forty-fourth Infantry Regiment at Selma, Alabama, but was later transferred to a company of Hood's Texas Brigade, where he served as bandmaster. Leaving their child Dixie, the first of nine children, with friends in Richmond, Virginia, Mollie traveled with the brigade as a nurse and, according to some sources, as a spy for Gen. John Bell Hood and Gen. Jubal A. Early. Mrs. Bailey disguised herself as an elderly woman, passed through Federal camps, and pretended to be a cookie seller. She claimed to have taken quinine through enemy lines by hiding packets of it in her hair. She joined her husband and brother-in-law in Hood's Minstrels and on April 5, 1864, performed a "musical and dancing program" with them near Zillicoffer. During this period Gus wrote the words for "The Old Gray Mare," (Video) based on a horse that almost died after eating green corn but revived when given medicine. A friend set it to music, and it was played as a regimental marching song. It was later used as the official song of the Democratic National Convention of 1928; the West Texas Chamber of Commerce named its Old Gray Mare Band after the song. When the war was over, the couple traveled throughout the South and then toured by riverboat with the Bailey Concert Company.

Their career in Texas began in 1879 when the troupe traded the showboat for a small circus that enjoyed immediate success as the Bailey Circus, "A Texas Show for Texas People." The show became the Mollie A. Bailey Show after Gus's health forced him to retire to winter quarters in Blum, Texas. Mollie came to be known as "Aunt Mollie." Her circus was distinguished by the United States, Lone Star, and Confederate flags that flew over the big top and Mollie's practice of giving war veterans, Union or Confederate, free tickets. At its height, the one-ring tent circus had thirty-one wagons and about 200 animals; it added elephant and camel acts in 1902.

After her husband's death on November 10, 1900, Mollie Bailey continued in the business and bought lots in many places where the circus performed to eliminate the high "occupation" taxes levied on shows by most towns. When the circus moved on, she allowed these lots to be used for ball games and camp meetings and later let many of them revert to the towns. She is also credited for her generosity to various churches and for allowing poor children to attend the circus free. In 1906, when the circus began traveling by railroad, Bailey entertained such distinguished guests as governors James Stephen Hogg and Oscar Branch Colquitt and senators Joseph Weldon Bailey and Morris Sheppard, along with members of Hood's Brigade, in a finely-appointed parlor car. She was also said to be a friend of Comanche chief Quanah Parker.

On April 16, 1906, she married A. H. (Blackie) Hardesty, a much younger man, who managed the circus gas lights and who was subsequently known as Blackie Bailey. According to some sources, Mollie Bailey showed the first motion pictures in Texas in a separate circus tent, including a one-reel film of the sinking of the USS Maine. (Video) After her youngest child, Birda died in 1917, Mollie ran the circus from home and communicated with the road by telegram and letter. She died on October 2, 1918, at Houston, and was buried there in Hollywood Cemetery. She was survived for nineteen years by her husband, who became a jitney driver between Houston and Goose Creek and resided in Baytown. 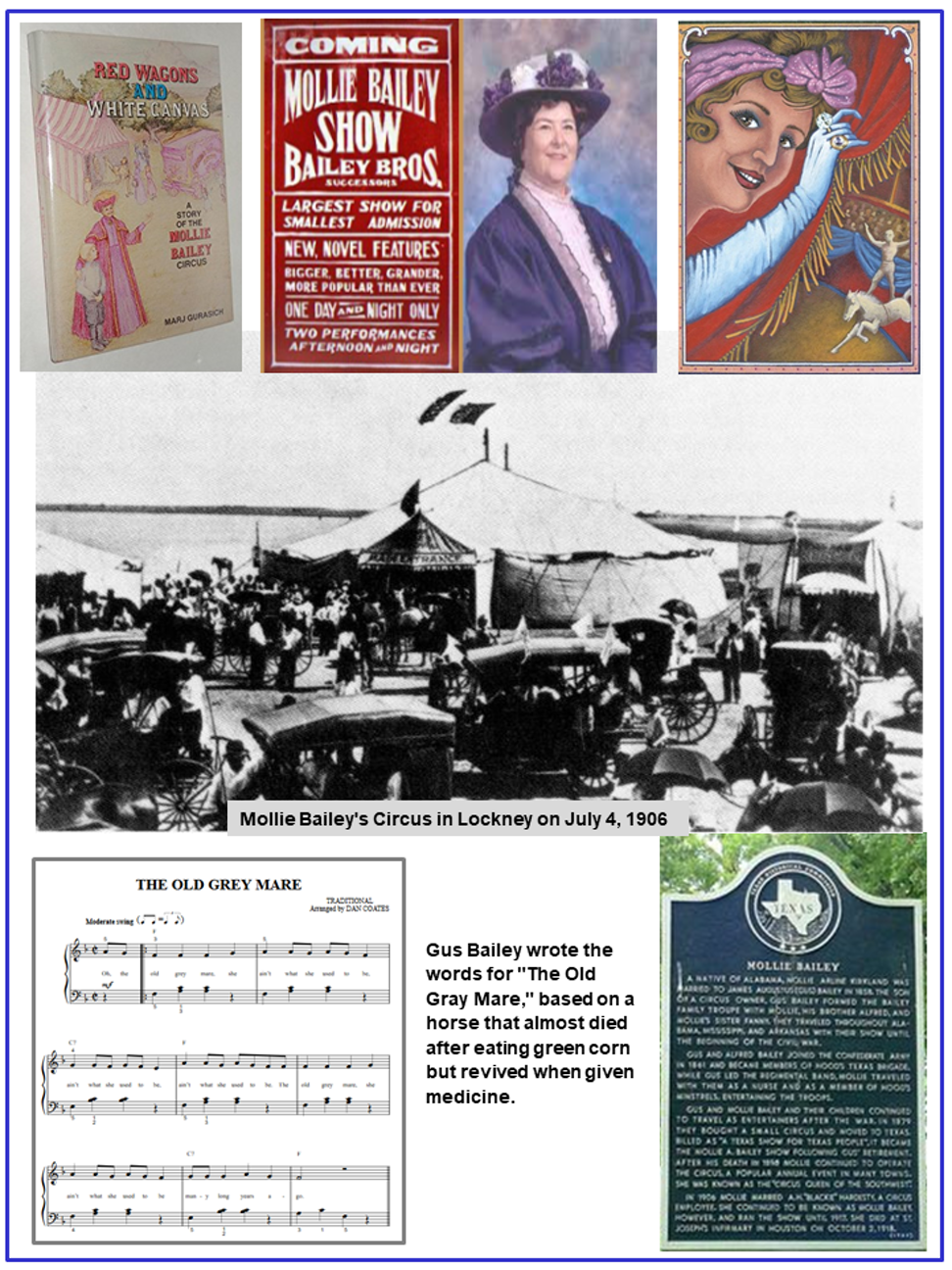