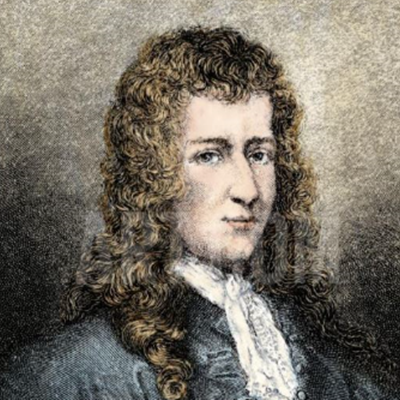 René Robert Cavelier, Sieur de La Salle, explorer, was born in St. Herbland parish, Rouen, France, the son of Catherine Geeset and Jean Cavelier. Cavelier was a wealthy wholesale merchant and "Master of the Brotherhood of Notre-Dame." There were two other sons, the Abbé Jean Cavelier and Nicolas Cavelier, a lawyer, who died rather young, and a daughter, who married Nicolas Crevel. The title La Salle, which René Robert assumed, was the name of a family estate near Rouen. La Salle, educated at the Jesuit College in Rouen, later entered the Society of Jesus as a novice, an act requiring him to give up his inheritance. Finding himself unsuited for priestly life, he severed his connection with the order at age twenty-two. With only a small allowance from his family, he sailed in 1666 for Canada, where his brother Jean, a priest of St. Sulpice, had gone the previous year. The Sulpicians granted him land near La Chine rapids, above Montreal, where he began a fortified village, acquired a substantial interest in the fur trade and sought to learn Indian languages.

His imagination was fired by reports of a great river system, which he thought of 1673 must flow into the Gulf of California and provide passage to China. La Salle sold his holdings in 1669 and undertook his first major exploration. The desertion of his followers forced him to turn back short of the Mississippi, leaving that discovery to the Joliet-Marquette expedition. On trips to France in 1674 and 1677, La Salle received a patent of nobility and a seigneurial grant that included the Fort Frontenac site (Kingston, Ontario), then a trade concession to the western country. He built and launched the first sailing vessel to ply the Great Lakes, then began in earnest to carry out his plan of establishing a chain of trading posts across the Illinois country and down the Mississippi. Convinced by this time that the Mississippi emptied into the Gulf of Mexico and not the South Sea (the Pacific Ocean), he envisioned a warm-water port-fortified against Spanish and English incursion on the Gulf to serve his commercial empire.

La Salle devoted the next three years to laying the cornerstones of his visionary plan. Consolidating Indian alliances, he built an entrepôt at Niagara and a fort among the Illinois. In the winter of 1682, he sledded down the frozen Illinois River to the Mississippi and, after the river was free of ice, descended it by canoe to reach the mouth of the eastern passes on April 7, 1682. Claiming for France all the lands drained by the river, La Salle named the territory La Louisiane in honor of the French King, Louis XIV. He returned to France late in 1683 and obtained royal support for a voyage to the Mississippi through the Gulf of Mexico, there to establish a colony "a secure distance" from the river. The voyage, which sailed from La Rochelle on July 24, 1684, was attended by numerous misfortunes (see La Salle Expedition).

La Salle missed the mouth of the Mississippi and landed his colonists at Matagorda Bay on the Texas coast on February 20, 1685, believing the Mississippi near. From his Fort St. Louis, on Garcitas Creek in what is now Victoria County, he explored westward possibly as far as the Pecos River and eastward beyond the Trinity River, in an effort to establish his location. On his second eastward journey, intended to reach his post on the Illinois River, La Salle was slain by Pierre Duhaut, a disenchanted follower, on March 19, 1687, "six leagues" from the westernmost village of the Hasinai (Tejas) Indians. This description indicates a point east of the Trinity River, some distance from either the Grimes County or the Cherokee County locations most often mentioned.

Although La Salle's projects ended in failure, his explorations were landmarks. He was responsible for opening the Mississippi valley for development, and his entry into the Gulf of Mexico sparked a renewal of Spanish exploration in the entire Gulf region. His abortive colony gave the French a claim to Texas and caused the Spaniards to occupy eastern Texas and Pensacola Bay. Because of La Salle, the United States was able to register a claim to Texas as part of the Louisiana Purchase; the boundary question between Spain and the United States was complicated until the Adams-Onís Treaty of 1819. Yet history's judgment of the man is clouded by his ineptness as a leader; of the 200 colonists he landed in Texas in 1685, barely fifteen remained alive five years later. 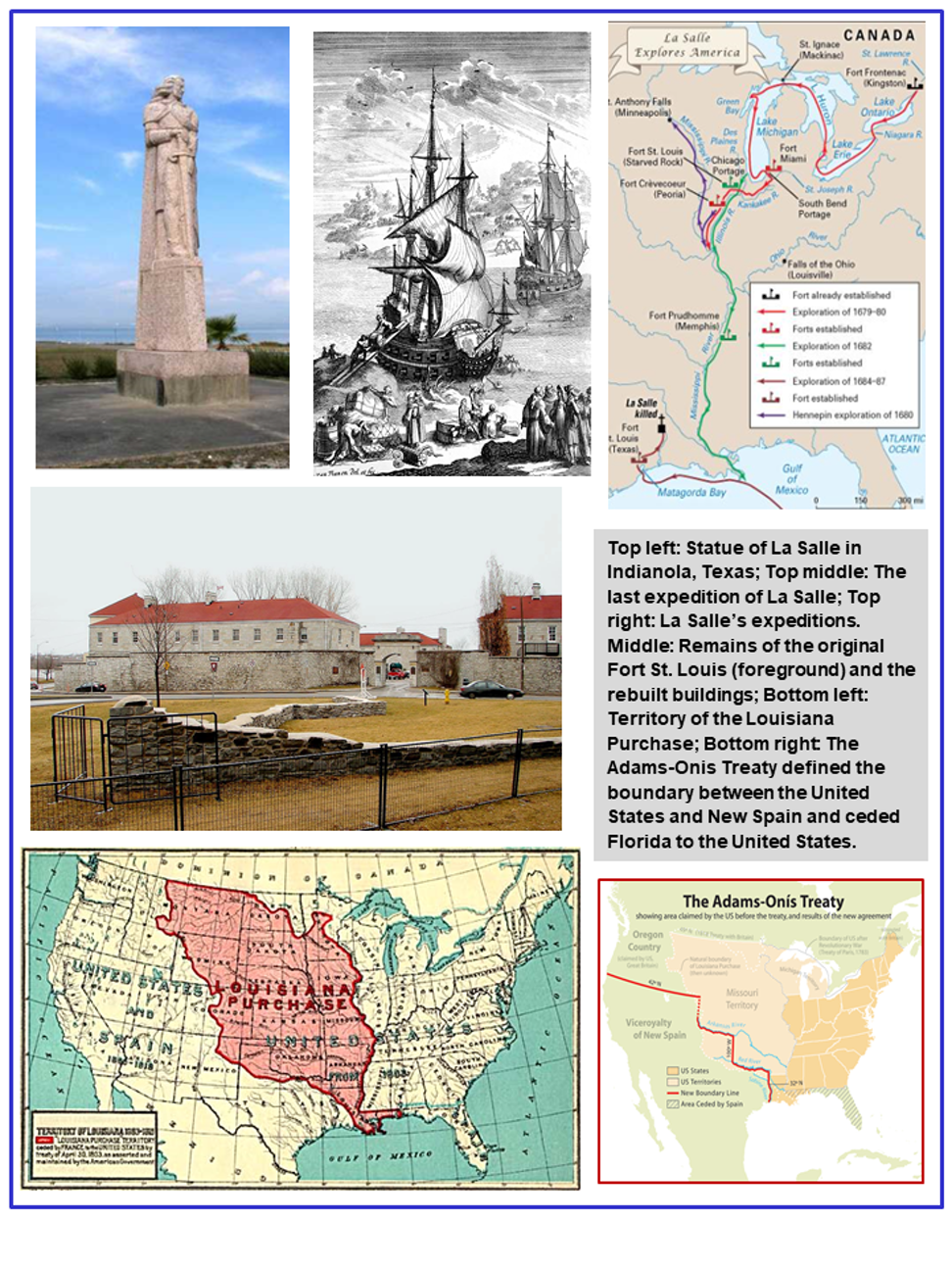