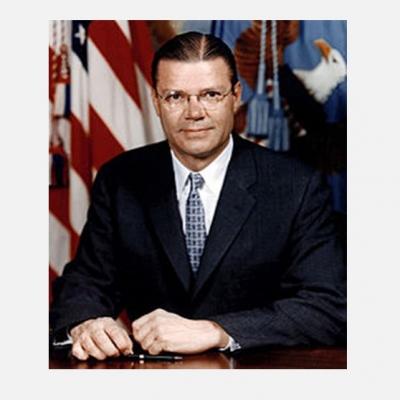 Robert S. McNamara was born in San Francisco on June 9, 1916, to Clara Nell (Strange) and Robert James McNamara, a sales manager of a wholesale shoe firm. His father's family was Irish and, in about 1850, following the Great Hunger, had emigrated to the U.S., first to Massachusetts and later to California. McNamara graduated with honors from the University of California, Berkeley 1937 with a B.A. in economics with minors in mathematics and philosophy. During his sophomore year, he was elected to Phi Beta Kappa and earned a varsity letter in crew.

McNamara was also a member of the UC Berkeley's Order of the Golden Bear, a fellowship of students and leading faculty members formed to promote leadership within the student body. Following graduation, he earned a master’s degree in 1939 from the Harvard Graduate School of Business Administration, worked a year for the accounting firm of Price, Waterhouse in San Francisco, and then returned to Harvard in August 1940 to teach in the business school. That same year, he married Margaret Craig, who later created the successful literacy program for poor children, Reading is Fundamental. She died in 1981.

McNamara entered the Army Air Forces in 1943 as a captain and left active duty three years later with the rank of lieutenant colonel. After the war, Henry Ford II hired McNamara and a group of other Army Air Force veterans to work for Ford Motor Company. He advanced rapidly through a series of top-level management positions to the presidency of Ford in 1960, becoming the first company head selected outside the Ford family. While there, he received substantial credit for Ford's expansion and success in the postwar period. Less than five weeks after becoming president at Ford, he accepted President John F. Kennedy's invitation to join his cabinet.

Although not especially knowledgeable about defense matters, McNamara immersed himself in the subject, learned quickly, and soon began to apply an "active role" management philosophy, to "provide aggressive leadership—questioning, suggesting alternatives, proposing objectives and stimulating progress." He rejected proposed radical organizational changes which would have abolished the military departments, replaced the Joint Chiefs of Staff with a single chief of staff, and established three functional unified commands. McNamara accepted the need for separate services but argued that "at the end, we must have one defense policy, not three conflicting defense policies. And it is the job of the Secretary and his staff to make sure that this is the case."

He supported President Kennedy belief that rejecting the concept of a first-strike attack and emphasized that the need for adequate strategic arms and defense to deter nuclear attack on the United States and its allies was necessary. U.S. arms, he maintained, must constantly be under civilian command and control, and the nation's defense posture had to be "designed to reduce the danger of irrational or unpremeditated general war." The primary mission of U.S. overseas forces, in cooperation with allies, was "to prevent the steady erosion of the Free World through limited wars." Kennedy and McNamara rejected massive retaliation as a posture of flexible response. The United States wanted choices in an emergency other than "inglorious retreat or unlimited retaliation," as the president put it. His major review of the military challenges confronting the United States in 1961 led to an increase in the nation’s limited warfare capability.

The Kennedy administration supported improving the U.S. military's ability to counter Communist "wars of national liberation," in which the enemy avoided head-on military confrontation and resorted to political subversion and guerrilla tactics. As McNamara said in his 1962 annual report, "The military tactics are those of the sniper, the ambush, and the raid. The political tactics are terror, extortion, and assassination." In practical terms, this meant training and equipping U.S. military personnel, as well as such allies as South Vietnam, for counterinsurgency operations. Later in the decade, U.S. forces applied these counterinsurgency techniques with mixed success in Vietnam.

Increased attention to conventional strength complemented these special forces preparations. The creation of the wall in Berlin in 1961 demonstrated to McNamara the need for more troops. In this instance, he called up reserves and proceeded to expand the regular armed forces.

McNamara played a much larger role in the formulation of nuclear strategy than did his predecessors. In part, this reflected both the increasing sophistication of nuclear weapons and delivery systems and Soviet progress toward nuclear parity with the United States. Central in McNamara's thinking stood the NATO alliance and the U.S. commitment to defend its members from aggression, especially the possibility of a surprise Soviet nuclear attack on the Western allies. Basic NATO strategy in such an unlikely event, McNamara argued, should follow the "no-cities" concept. "General nuclear war," he stated, "should be approached in much the same way that more conventional military operations have been regarded in the past. Military objectives, in the event of a nuclear war stemming from a major attack on the Alliance, should be the destruction of the enemy's military forces, not of his civilian population."

With his principal goal deterrence—to convince Moscow that a nuclear attack against the Western allies would trigger U.S. retaliation against Soviet forces, perhaps eliminating their ability to continue military action—he also wanted to provide the Russians with an incentive to refrain from attacking cities.

McNamara soon deemphasized the no-cities approach, for several reasons: public fear that planning to use nuclear weapons in limited ways would make nuclear war seem more feasible; increased Air Force requirements, after identifying additional targets under the no-cities strategy, for more nuclear weapons; the assumption that such a policy would require major air and missile defense, necessitating a vastly expanded budget; and negative reactions from the Soviets and NATO allies. McNamara turned to "assured destruction,'' which he characterized as the capability "to deter a deliberate nuclear attack upon the United States and its allies by maintaining a highly reliable ability to inflict an unacceptable degree of damage upon any single aggressor, or combination of aggressors, even after absorbing a surprise first strike." As defined by McNamara, assured destruction meant that the United States would be able to destroy in retaliation 20 to 25 percent of the Soviet Union's population and 50 percent of its industrial capacity. Later the term "mutual assured destruction" meant the capacity of each side to inflict sufficient damage on the other to constitute an effective deterrent. In conjunction with assured destruction, McNamara stressed the importance of 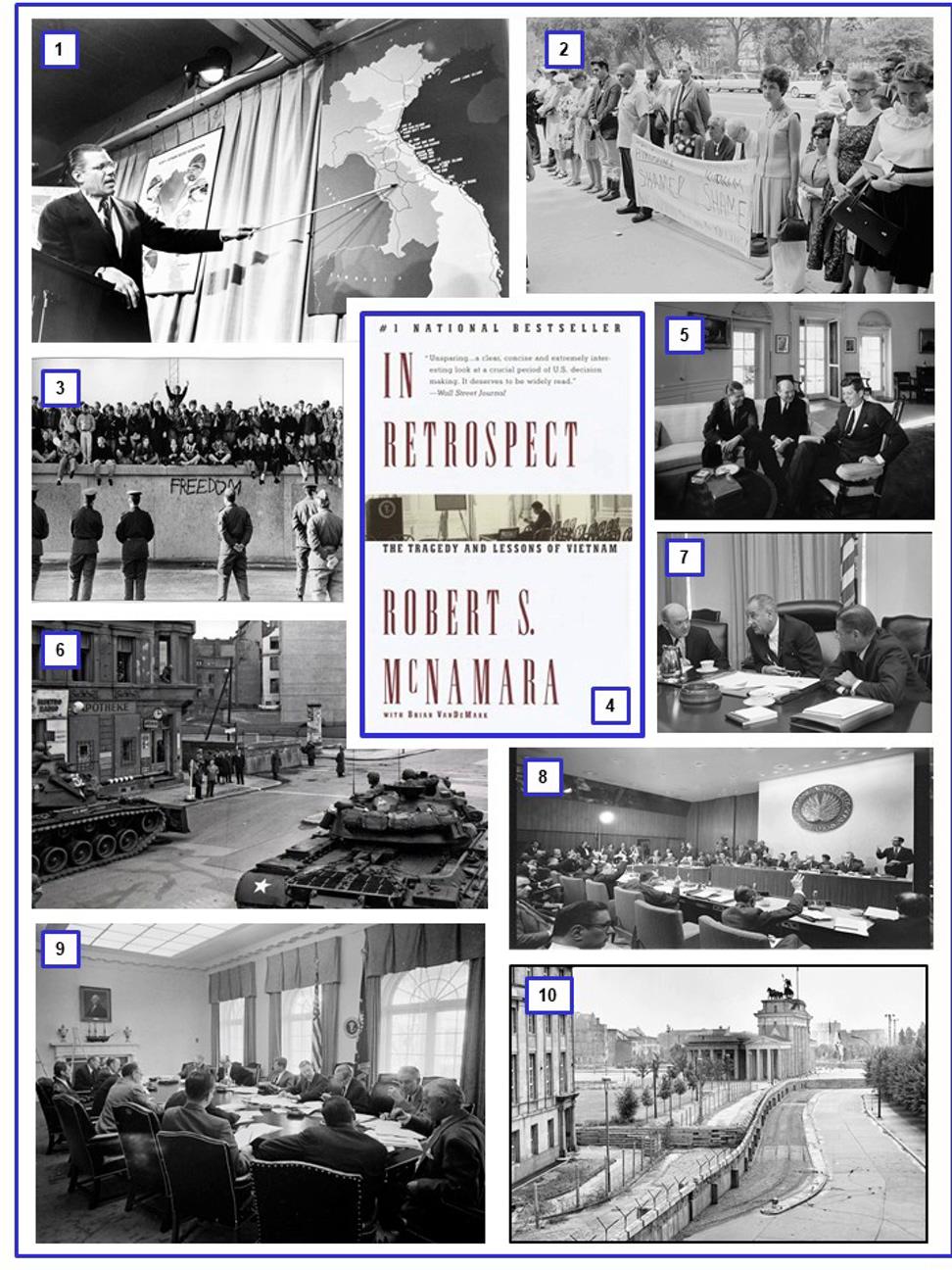