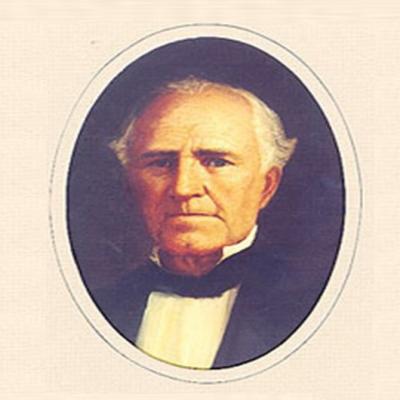 Sam Houston was born on March 2, 1793, the fifth child of Samuel and Elizabeth (Paxton) Houston, Rockbridge County, Virginia. He was of Scots-Irish ancestry and reared Presbyterian. His father died when he was thirteen, and in the spring of 1807, he emigrated with his mother, five brothers, and three sisters to Blount County in Eastern Tennessee, establishing a farm near Maryville. He went to a nearby academy for a time and enjoyed reading classical literature, especially the Iliad.

Rebelling at working on the farm and in the family's store, he ran away in 1809 to live among the Cherokees, who lived across the Tennessee River. Between intermittent visits to Maryville, he spent three years with the band of Chief Oolooteka, who adopted him and gave him the Indian name Colonneh, or "the Raven." Houston viewed Oolooteka as his "Indian Father" and the Cherokees as a surrogate family. He henceforth maintained great sympathy toward Indians. At age eighteen, he left the Cherokees to set up a school so he could earn money to repay debts.

After war broke out with the British, he joined the U.S. Army as a private and rose rapidly to the rank of third lieutenant. As part of Andrew Jackson's army, he fought at the battle of Horseshoe Bend, receiving three near-fatal wounds. One of them, from a rifle ball in his right shoulder, never completely healed. His valor at Horseshoe Bend won him the attention of General Jackson, who became his benefactor. Houston, in return, revered Jackson and became a staunch Jacksonian Democrat.

While convalescing, he was promoted to second lieutenant and traveled extensively. In 1817, while stationed in Nashville, he became a sub-Indian agent to the Cherokees. In that capacity, he assisted Oolooteka and his clan in their removal to Indian Territory west of the Mississippi River, as stipulated by the Treaty of 1816. Following difficulties with Secretary of War John C. Calhoun, Houston, by then a first lieutenant, resigned from the army on March 1, 1818, and then from his position as subagent. Still in poor health, he read law in Nashville for six months, and subsequently opened a law practice in Lebanon, Tennessee. With Jackson's endorsement, Governor Joseph McMinn appointed him adjutant general (with the rank of colonel) of the state militia. He was later elected major general of the state militia by his fellow officers.

In 1823, as a member of Jackson's political circle, he was elected to the U.S. House of Representatives from the Ninth Tennessee District, and supported Jackson’s unsuccessful campaign for the presidency in 1824. In 1825 he was returned to Congress for a second and final term. In 1827, he was elected governor of Tennessee.

On January 22, 1829, he married nineteen-year-old Eliza Allen of Gallatin, Tennessee, and announced his bid for reelection to the governorship. After eleven weeks and amid much mystery, the marriage ended, and Eliza returned to her parents' home. Both parties maintained a lifelong silence about the affair. Extremely distraught, Houston abruptly resigned from his office and returned to Indian Territory, ending the Tennessee phase of his career. As a possible heir apparent to Jackson, he may well have given up an opportunity to run eventually for president of the U.S.

He returned to the lodge of Oolooteka to live once again in self-imposed exile among the Cherokees—this time for three years—to reestablish his tranquility. He dressed Indian-style and, although he corresponded with Jackson, he secluded himself from contacts with white society. Initially, he drank so heavily that he reportedly earned the nickname "Big Drunk." He quickly became active in Indian affairs and helped keep peace between the various tribes in Indian Territory. He was granted Cherokee citizenship and often acted as a tribal emissary. Under Cherokee law, he married Diana Rogers Gentry, an Indian woman of mixed blood. Together, they established a residence and trading post called Wigwam Neosho on the Neosho River near Fort Gibson.

Gradually reentering the white world, he made various trips East. In December 1831, while on the Arkansas River, Houston met Alexis de Tocqueville during his travels in the U.S. Houston impressed the Frenchman as an individual of great physical and moral energy, the universal American in perpetual motion; Houston undoubtedly served as an example for Tocqueville's composite description of the "nervous American," the man-on-the-make so pervasive in the U.S. during the Age of Jackson.

On the evening of April 13, 1832, on the streets of Washington, Houston thrashed William Stanbery, U.S representative from Ohio, with a hickory cane. The assault resulted from a perceived insult by Stanbery over an Indian rations contract. Houston was soon arrested and tried before the House of Representatives. The month-long proceedings ended in an official reprimand and a fine, but the affair catapulted Houston back into the political arena.

Leaving Diana and his life among the Indians, Houston crossed the Red River into Mexican Texas on December 2, 1832, and began another, perhaps the most important, phase of his career. His "true motives" for entering Texas have been the source of much speculation. Regardless of the reason, Houston saw Texas as his "land of promise." For him, it represented a place for bold enterprise, rife with political and financial opportunity.

He quickly became embroiled in the Anglo-Texans' politics of rebellion. As a delegate from Nacogdoches at the Convention of 1833 in San Felipe, he sided with the more radical faction under the leadership of William H. Wharton. He also pursued a law practice in Nacogdoches and filed for a divorce from Eliza, which was finally granted in 1837. As prescribed by Mexican law, he was baptized into the Catholic Church, under the name Samuel Pablo. By October, Houston had expressed his belief that war between Texas and the central government was inevitable. He was later appointed major general of the Texas army, with instructions to organize the republic's military forces.

After joining his army in Gonzales, they retreated eastward as the Mexican army under Gen. Antonio López de Santa Anna swept across Texas. This campaign caused Houston much anguish because the Texan rebels suffered from a general lack of discipline. He likewise fretted when the citizenry fled in the so-called Runaway Scrape. Despite these problems, Houston and his men defeated Santa Anna's forces at the decisive Battle of San Jacinto. During this engagement, his horse, Saracen, was shot beneath him, and Houston was wounded severely just above his ankle, but the victory forever enshrined him as a Texas hero.

Riding the wave of popularity as "Old Sam Jacinto," Houston became the first elected president of the Republic of Texas, defeating Stephen F. Austin. His first term ran from 1836 to 1838. The town of Houston was founded in 1836, named in his honor, and served as the capital of the republic during most of his first term. Houston sought to demilitarize Texas by cannily furloughing much of the army, and tried, with limited success, to avoid trouble between white settlers and Indians. One of his biggest crises came with the Córdova Rebellion, an unsuccessful revolt in 1838 by a group of Kickapoo Indians and Mexican residents along the Angelina River. At this time, he favored the annexation of Texas to the U.S., but his initial efforts proved futile, and he formally withdrew the offer by the end of his first term. 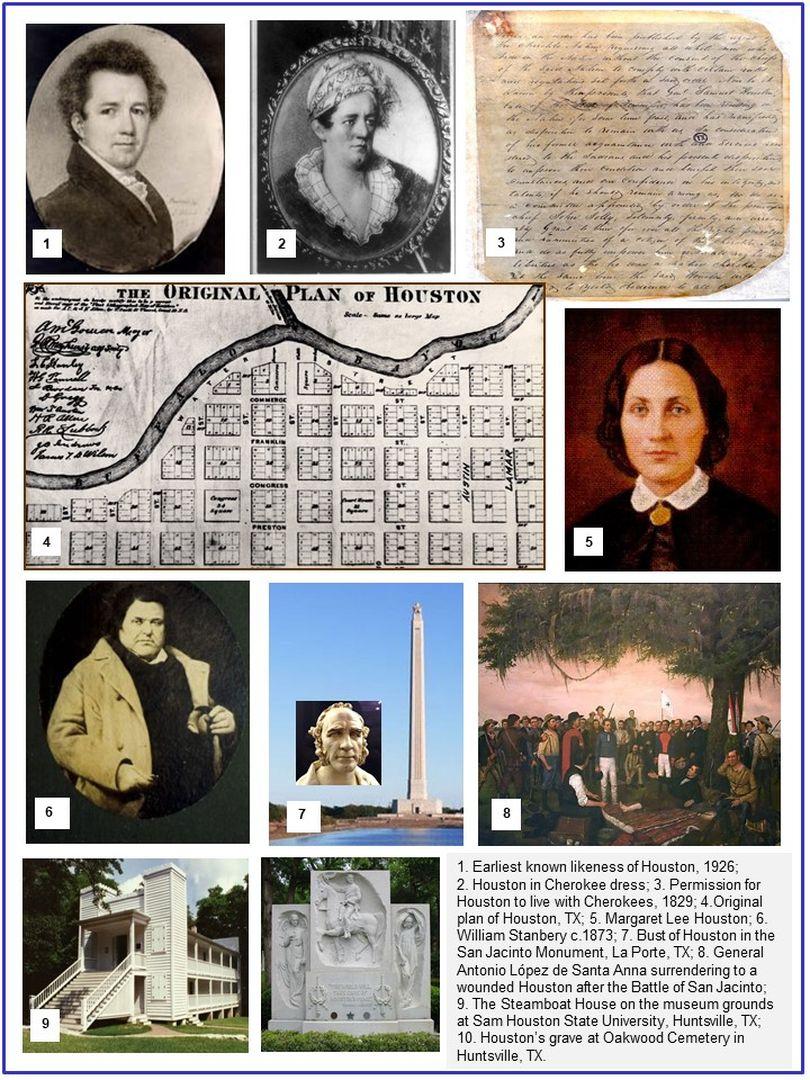