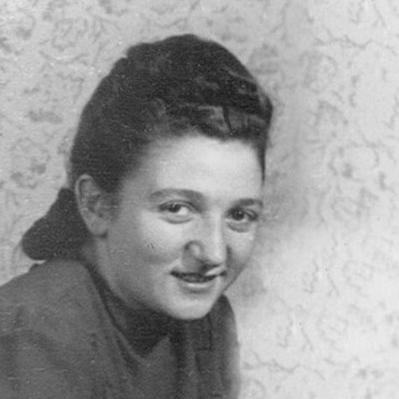 Sonia Shainwald Orbuch (born Sarah) grew up in Luboml, a small market town 200 miles from Warsaw, Poland, with a thriving population of about 8,000, two-thirds of whom were Jewish. Her family lived near the center of the town on #37 Chelmska Street, near her many friends and relatives. Inside their modest home, Sonia grew up under the caring watch of her tightly-knit family. “My older brother, Shneyer, used to take care of me all the time,” Sonia recalls. “I was so proud of him that I would sometimes deliberately forget lunch and he would come to school on his bicycle to deliver it to me.”

She was 14 years old, ready to start high school in 1939, when war interrupted her childhood. The Molotov-Ribbentrop Pact (a non-aggression pact between the Soviet Union and Germany) divided  Poland and placed Luboml under Soviet control. For two years, Sonia grew up against the backdrop of war, worried about her family’s future under the new regime. Her father was a lumber merchant and she was afraid that he would be labeled a capitalist exploiter and deported to Siberia. The Soviets allowed some semblance of normal life to continue; Sonia attended high school until June 1941, enjoying life as a teenager.

Two years later, Germany violated its agreement and launched Operation Barbarossa, retaking those parts of Poland held by the Soviets. Once again Sonia’s life was disrupted—this time by the Nazis. The German’s arrival in Luboml was inaugurated with the shooting, in cold blood, of five Jewish leaders of the town. Afraid of what the Nazis would do next, Sonia’s family gathered whatever possessions they could and fled to nearby town of Kovel to catch a train heading deeper into the USSR. They were stopped before they could make their escape. The Shainwalds had missed the last train out of Kovel.

German soldiers were on the roads everywhere as Sonia’s family was forced to go back to Luboml. They were constantly being beaten. When they returned, they discovered that their home—and almost half the town —had been burned to the ground. The Jews of Luboml were all forced into a ghetto and, on pain of death, were required to wear Yellow Stars so that anyone who saw them knew they were Jews. If they left the ghetto, they needed to have special papers, or they could be shot.

A Chance to Survive

Life in the ghetto was unbearable. Forced labor, daily beatings and constant hunger plagued its residents. Her family moved into her Aunt Sarel’s two-room house. Together, 16 people lived in the tiny space, with hardly any food. Often, when the Germans rounded up the men in the town square —supposedly to take them to work—the men never returned. Eventually, one of the Jews in town followed them and saw that those abducted were being shot and left in pits. In desperation, the Shainwalds and other families built hiding places in their homes. In Sonia’s house, they built a double wall, the width of a sofa. Someone would keep watch at the window. If trucks came into town, everyone knew there would be a roundup and families would hide.

During all this despair, Sonia’s younger brother, Meyer, ran off with a small group of men from the ghetto, who had decided they weren’t going to die without a fight. Her older brother was already in the Red Army, and never returned. Meyer and his friends managed to get two or three guns and food to take with them into the forests. They heard that the Germans were planning the liquidation of their ghetto, and Meyer came to say goodbye. His mother tearfully begged him to take Sonia, but he said young girls could not join them. He was later killed fighting the Nazis.

Days later, on October 1, 1942, more trucks came. Sonia’s family, all 16 of them, hid behind the false wall, packed into that cubbyhole for 48 hours. They could not move or speak, and they had little to eat, nothing to drink, and only one bucket for human waste, which was filled in a matter of hours. Finally, Sonia said to her father that the smell alone would attract the Nazis to the hiding place when they came looking. It made more sense for them to flee.

Under cover of night, Sonia, her parents, two aunts, and two of her little first cousins left the house to get to her grandmother’s village of Nudyze. First, they needed to cross a road, where a Ukrainian policeman standing guard. When Sonia’s father made the attempt to cross, the policeman shot his rifle in the air. Those in hiding assumed her father was dead, but he wasn’t. Her father arranged with the policeman, a school friend of Shneyer, not to kill them. After her mother bribed the policeman with her wedding band, he let them go. But her aunts and cousins, who took off in a different direction, never made it.

Sonia’s father led them to a farm owned by a peasant he used to do business with. When the peasant came out and ordered them to leave, they refused, saying they would not go until someone led them to her Uncle Tzvi, who was trained as a scout in the Polish Army. They suspected he was alive and in the area. Toward evening, Uncle Tzvi arrived. It was an emotional meeting and very bittersweet, since Tzvi had just lost his wife and two children in the ghetto. But Sonia felt hope for the first time, because Tzvi, who knew how to live in the forest, would lead them.

The winter of 1942 to 1943 was one of the most bitter on record. Sonia and her family—cold, hungry, dirty, but alive—huddled in the forests. They never stayed in one place for too long because they didn’t want to get caught. Sometime during that winter, a peasant, Tichon, saw them. He cried when he saw young Sonia and vowed to help them. He gave them potatoes that saved their lives, and when the Ukrainians sent scouts to hunt the Jews, he sent them deeper into the forest. Tichon later arranged a meeting with the Soviet partisan commander, who saw before him four filthy skeletons, who seemed of little use to him because they had no weapons. Sonia says (Video), “We couldn’t walk, were living on one potato a day, we were dirty, and full of lice.”

But they did have Uncle Tzvi and his knowledge. The Soviets, needing him badly because he knew the forest, accepted the family. Sonia was amazed to find an entire functioning society hidden in the forest. People were cooking, doing laundry, and baking bread. The partisans assigned the family a tent, got them cleaned up and fed them. The Jewish partisans in the camp were thrilled to meet the family, and every evening would squeeze into their tent to discuss their hopes and dreams.

Life For a Young Woman

There were only a few women in this partisan camp, and sexual harassment was common. The commander’s wife advised her, “You’re a young girl, there are very few women in the partisans, and I would advise you to select an officer. Life will go better for you.” Sonia was aghast. (Video) When one Jewish officer took an interest, Sonia spurned his advances, and he subtly took it out on her family by making life more difficult for them. For example, he would force them to walk when there was room in a wagon to ride.

A Jewish reconnaissance officer had a better idea. He suggested to her mother that Sonia pass him off as her boyfriend and then other men would leave her alone. Sonia’s pretend boyfriend never made a move to touch her; he remained distant enough to allow her to be comfortable while he protected her from other men.

Because they had no real training, Sonia’s parents were assigned to cook and gather food. Sonia was assigned to a makeshift hospital. She worked with the unit’s only doctor and learned about herbal medicine, since antibiotics and other pharmaceuticals were scarce. One of her jobs was to boil the bandages that had already been used to make them ready for the next patient. (Video) 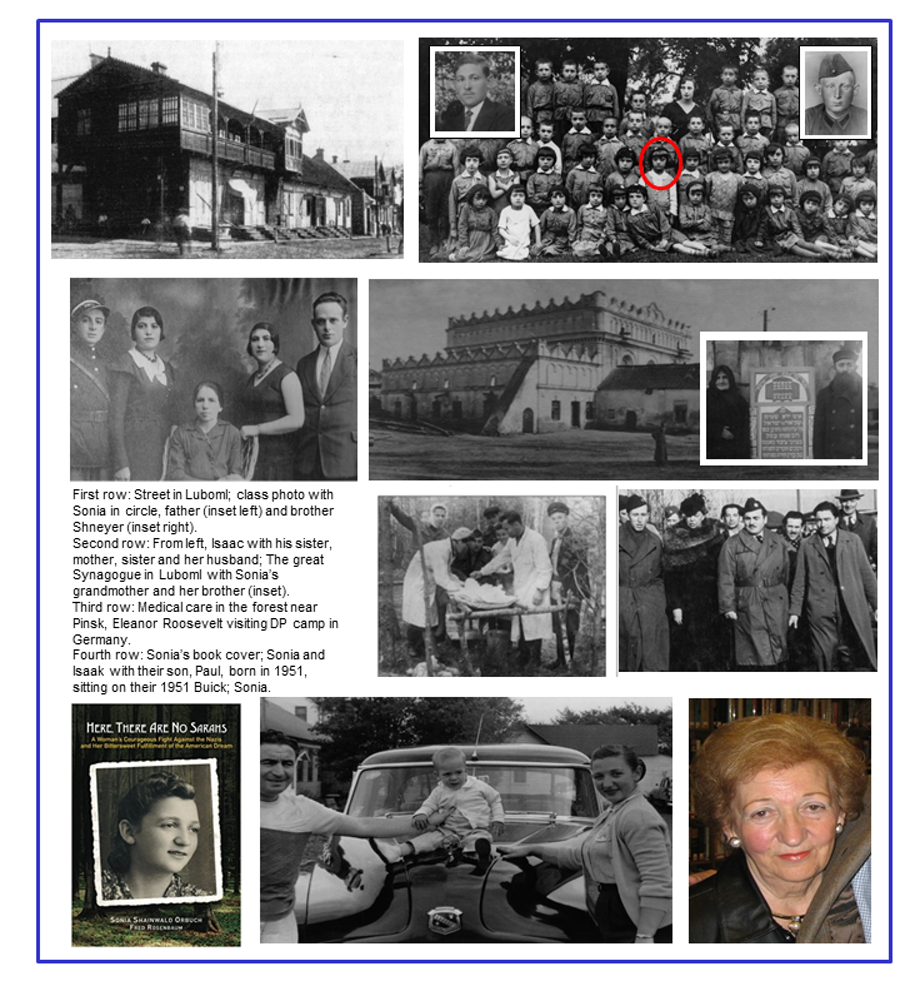