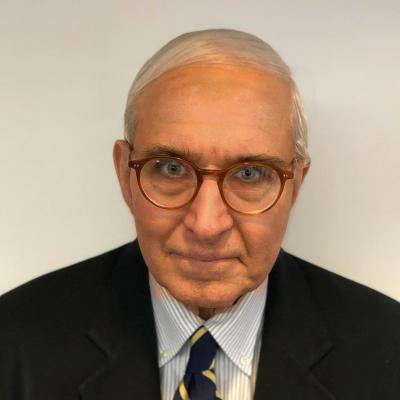 Steve Pekich recently celebrated 52 years in the publishing industry. His career began as a production trainee on January 3, 1966, at Houghton Mifflin Company in Boston, and continued in a variety of management positions, including President of the Riverside Publishing Company, Houghton’s assessment subsidiary based in Chicago.

Steve traveled on company business to Japan, Hong Kong, Finland, Spain and Canada, and to most of the manufacturing companies in the United States that specialized in paper manufacturing, and in the composition, printing and binding of books. Throughout the 1960s, 1970s, and part of the 80s while at Houghton Mifflin, Steve taught courses in publishing at the Radcliffe Publishing Procedures Course, Boston University, Northeastern University, New York University, and the Denver Publishing Institute. He was a member of NASTA (National Association of School Textbook Administrators), and the AAP (American Association of Publishers).

In 2000, Steve helped start Vista Higher Learning, a world language publishing company based in Boston.  He served first as Vice President and later as President reporting to Founder and CEO Jose Blanco. He and four other veterans of the publishing industry helped VHL grow to $15 million in sales revenues for the first five years the company was in business.

Following VHL, for the next few years, Steve worked as a consultant in management, finance, production and distribution before accepting a full-time sales and marketing position with Victory Productions, Inc. located in Worcester, MA where he continues to work. Steve calls on potential clients in the K-12 area of assessment (tests) development.

In the beginning, growing up in western Pennsylvania, Steve and his two brothers had a newspaper route12 months a year while they were between the ages of 5, 7 and 9. In the good weather, they caddied at a local country club to earn money for themselves and for their parents. When he turned 16 he was old enough to work during the summer school vacations for Westmont, the Borough in which his family lived in Johnstown, PA. The work included the reconstruction of roads and the cutting of grass. The work ethic started early for the three sons.

While in College at Westminster in New Wilmington, PA, Steve waited on tables in the dorms to pay for his board for all four years. In addition, Steve was a counselor in the freshmen men’s dorm, and in his senior year was President of the Sigma Phi Epsilon fraternity, both of which paid for his room and board. He also received a scholarship for his participation in football and track & field. He was Co-Captain of both sports in his senior year in 1962. Steve graduated from Westminster with a B.A. and Major in Economics.

Following college, Steve went to work for ESSO, now EXXON Mobil as a sales and marketing representative. He had the largest territory geographically of any sales rep in the state of Pennsylvania.  Seventeen months later he was drafted into the United States Army on November 19, 1963.

Steve went through two months of basic training at Ft. Jackson, South Carolina, and was then assigned to Ft. Gordon, Georgia. He was sent to study journalism and broadcasting at the Defense Information School at Ft. Slocum, New York for eight weeks. He worked in both areas after returning to Ft. Gordon, including writing articles for the Post newspaper, and reporting the news on Channel 7 in Augusta five mornings a week. Steve was named a Soldier of the Month at Ft. Gordon.

After serving two years on active duty in the Army, Steve received an honorable discharge and went to work for Houghton Mifflin Company (see above).

Steve and Pamela Joan Vining were married in June of 1966 and moved to Arlington, MA where they reside today. Steve was very active in community service in Arlington for several years, including serving as President of the Jaycees, Chairman of the town’s Redevelopment Board, which included Planning Board responsibilities, and was an elected Town Meeting Member for 12 years.

Steve and Pam have traveled to England and Ireland with friends, and have continued to travel to the West Indies where they have a number of friends they look forward to visiting with each year. Steve also traveled to Moscow and St. Petersburg with the Massachusetts Historical Society during his time as a member of its Publication Committee.

He has been a member of the board of directors of Americans All since its inception.