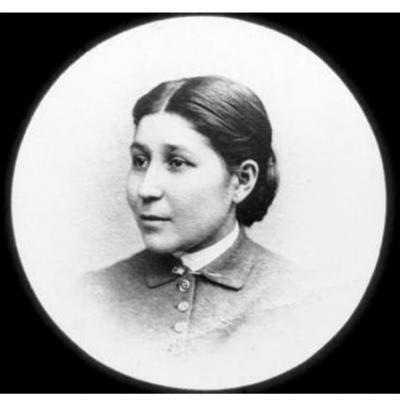 Susan La Flesche Picotte was the first person to receive federal aid for professional education, and the first American Indian woman in the United States to receive a medical degree. In her remarkable career, she served more than 1,300 people over 450 square miles, giving financial advice and resolving family disputes as well as providing medical care at all hours of the day and night.

Susan La Flesche was born to Chief Joseph La Flesche (Iron Eyes) and his wife, Mary (One Woman) on the Omaha Reservation in northeastern Nebraska. She attended school there until age 14. Her father encouraged his people to seek education and build relationships with white reform groups. After being home-schooled for several years, Picotte was sent to the Elizabeth Institute for Young Ladies in New Jersey and returned home at age 17 to teach at the Quaker Mission School on the Omaha Reservation for two years.

As a child, she had watched a sick Indian woman die because the local white doctor would not give her care. Picotte later credited this tragedy as her inspiration to train as a physician, so she could provide care for the people she lived with on the reservation.

While working at the Quaker school, La Flesche attended to the health of ethnologist Alice Fletcher, who was working there. With Fletcher's urging, she went back East to complete her education and earn a medical degree. She enrolled at Hampton Institute, one of the nation's first and finest schools of higher education for non-white students. After obtaining her degree, she interned for one year and then returned to her birthplace, the Omaha Indian Reservation, where she devoted her life to the interests of her tribe and helped the Omahas build a better, more healthy future. Her contribution to her people was so significant that she became a leader of the Omahas, though traditionally they had never followed a woman.

The resident physician at Hampton Institute, Martha Waldron, was a graduate of the Woman's Medical College of Pennsylvania (WMCP) and encouraged her to apply to the Woman's Medical College. Once again, Alice Fletcher helped La Flesche by securing scholarship funds from the U.S. Office of Indian Affairs and the Connecticut Indian Association, a branch of the Women's National Indian Association. After only two years in a three-year program at WMCP, Susan La Flesche graduated in 1889 at the top of her class. She remained in Philadelphia to complete year's internship, and then returned home to provide health care to the Omaha people at the government boarding school, where she was responsible for some twelve hundred people.

She was a member of the Nebraska State Medical Society, served on the board of the Nebraska Federation of Women’s Clubs and was an active lobbyist at the state level for improved health laws for all people. In 1913, two years before her death, she saw her life's dream fulfilled when she opened a hospital in the reservation town of Walthill, Nebraska. The hospital staff treated both white and nonwhite patients. The hospital was named for her after she died. Today the hospital houses a museum dedicated to the work of Dr. Susan La Flesche Picotte and the history of the Omaha and Winnebago tribes.

Susan La Flesche married Henry Picotte in 1894 and the couple moved to Bancroft, Nebraska, where she set up a private practice, serving both white and non-white patients. Along with her busy practice, Picotte also raised two sons and nursed her husband through a terminal illness. In 1906 she led a delegation to Washington, D.C., to lobby for prohibition of alcohol on the reservation. 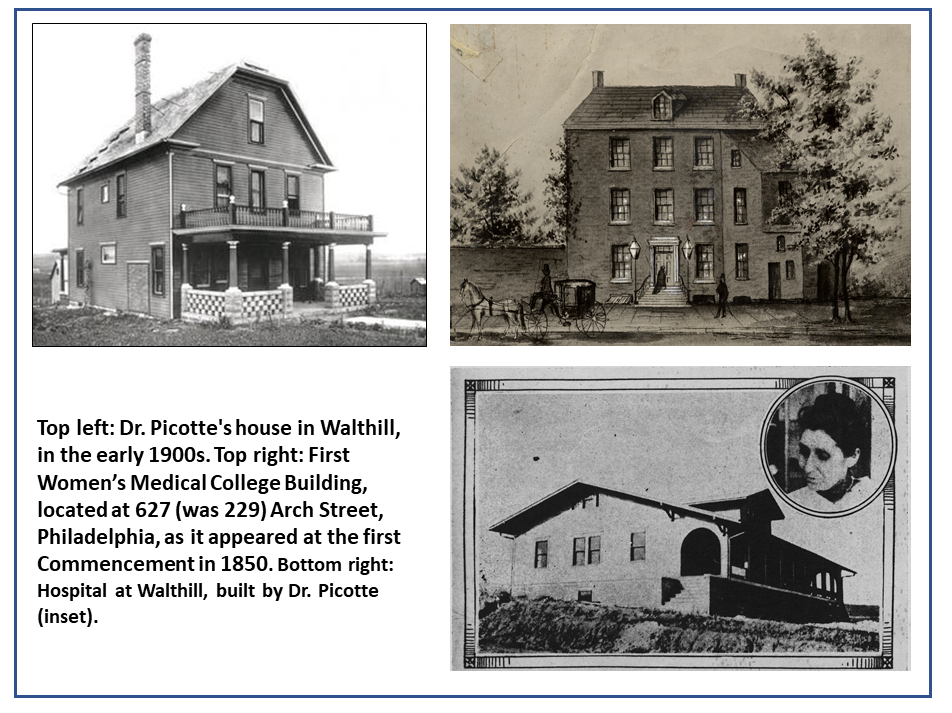 Sponsored By: John and Carol LeFeber