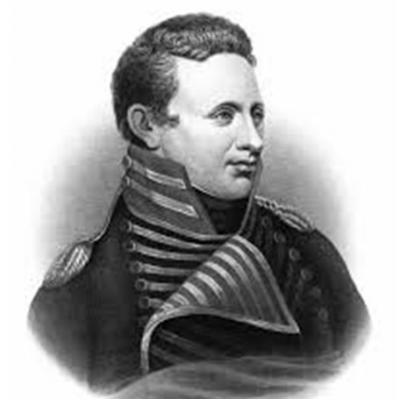 Zebulon Montgomery Pike, United States Army officer and Western explorer, was born on January 5, 1779, at Lamberton, now a part of Trenton, New Jersey, the son of Isabella (Brown) and Zebulon Pike, a veteran of the American Revolution and a lieutenant colonel in the United States Army. After receiving some education in New Jersey and Pennsylvania, young Pike entered his father's regiment, the Third United States Infantry, as a cadet. Pike was commissioned as a second lieutenant in the Second Infantry regiment on March 3, 1799. An ardent federalist, he was involved in the public whipping of a Republican newspaper editor at Reading, Pennsylvania, on June 24, 1799. Nevertheless, he was promoted to first lieutenant on November 1, 1799.

In 1801 he married Clarissa Brown; several children were born to the marriage, but only one reached maturity. On April 1, 1802, Pike transferred to the First Infantry. In 1805 Gen. James Wilkinson ordered Pike to the upper Mississippi Valley to seek the source of the river and to exert American authority over the region. Pike left St. Louis on August 9 of that year and, with twenty enlisted men, traveled by keelboat and sled as far north as Leech Lake, Minnesota, which he mistakenly identified as the source of the Mississippi. Returning to St. Louis on April 30, 1806, he was dispatched on a second exploring expedition, this time to locate the sources of the Red and the Arkansas rivers and to explore Spanish New Mexico. Leaving St. Louis on July 15, 1806, this expedition took him across the western prairies, which he believed would contain the westward flow of the American people, "our citizens being so prone to rambling and extending themselves, on the frontiers." While en route to the Spanish borderlands Pike was promoted to captain on August 12.

In the present state of Colorado, on November 23, he saw and attempted without success to scale the peak which now bears his name and then ventured southward toward the Rio Grande, reaching one of its tributaries in February 1807. He was taken into custody by Spanish troops and escorted to Santa Fe and then to Chihuahua for questioning by Gen. Antonio Salcedoqv before being allowed to return east under military guard. On his return trip, Pike crossed Texas by way of the Old San Antonio Road to reach Natchitoches, Louisiana. He and his men were exceptionally well treated by their Spanish captors, but his notes and papers were taken from him. They resided in the Mexican archives until they were discovered by Herbert Eugene Bolton, who published them in the American Historical Review in 1908. The Mexican government subsequently returned the papers, and they are now in the Archives Division of the Adjutant General's Office.

Pike has been suspected of complicity with the Aaron Burr conspiracy to establish an empire in the Southwest, carved from the Spanish provinces of northern Mexico and the western United States, but no firm evidence supports those charges. He remained, however, outspoken in his resistance to the democratization of the army during the Thomas Jefferson administration, but was one of only three federalist officers to accept promotion and transfer into a new regiment when Jefferson expanded the army in 1807. Pike was appointed major of the new Sixth Infantry regiment on May 2, 1808, and then lieutenant colonel of the Fourth Infantry on December 31, 1809. Pike published the journals of his explorations in 1810, supplemented with his correspondence with General Wilkinson, his speeches to the Indians, and detailed descriptions of the land through which he traveled, as An Account of Expeditions to the Sources of the Mississippi and through the Western Parts of Louisiana. Appearing as it did, four years before the publication of the journals of Lewis and Clark, Pike's book provided the American public with its first written description of the trans-Mississippi West. He was appointed deputy quartermaster general of the army on April 3, 1812, serving until July 3 of that same year. With the outbreak of the War of 1812 in June, Pike was promoted to colonel of the Fifteenth Infantry on July 6, 1812. On March 12, 1813, he was appointed brigadier general and inspector general and adjutant general of the army. He was killed in action at the storming of York, (now Toronto), Canada, on April 27, 1813, when the enemies' powder magazine exploded. 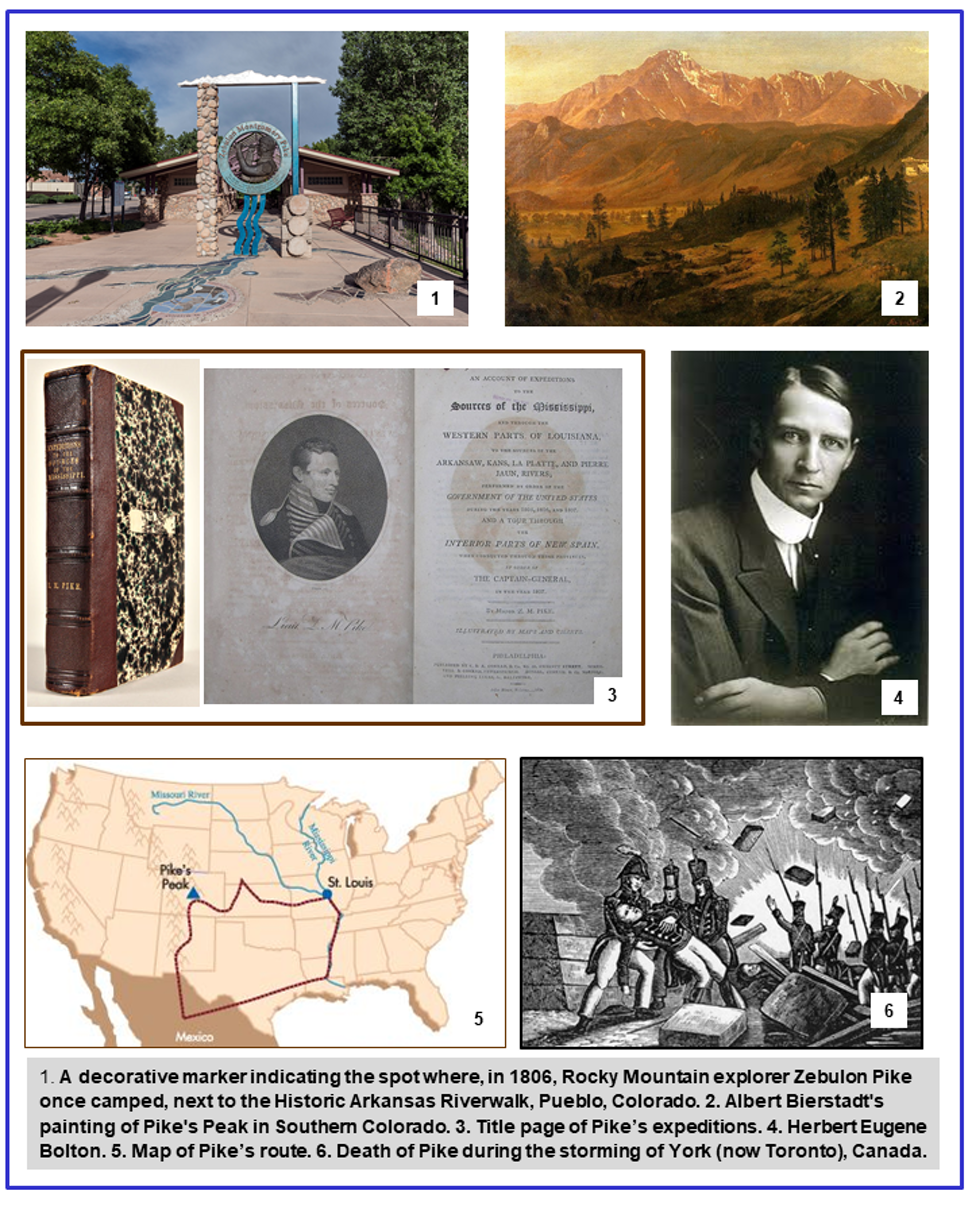