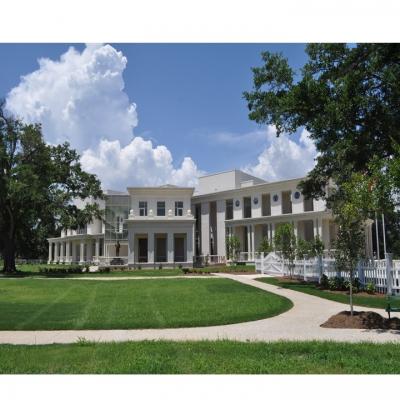 Throughout the years, Beauvoir has boasted a long and grand literary tradition. From the accomplished writing skills of those who lived there to the extensive library collections that have been housed on the grounds, Beauvoir has a great history of libraries. Of course, Sarah Dorsey, Jefferson Davis, his daughter Winnie, his wife Varina, and even some veterans like Prentiss Ingraham were all successful in their writing ventures. Another aspect, though, of this literary tradition is evidenced by the libraries that were maintained at Beauvoir over the years. Beginning with the private collections of Sarah Dorsey and Jefferson Davis and continuing through the establishment of a library for the veterans at the soldiers’ home, libraries have long played an important role in the daily lives of the people who lived on the grounds.

Today, a brand-new facility replaces both the Jefferson Davis Presidential Library and the Confederate Soldier's Museum. The Jefferson Davis Presidential Library has three main components: a research library, a theater, and an exhibit gallery. It maintains records of the Beauvoir soldiers’ home and those who lived there, the cemetery records, the Beauvoir archives, and general secondary sources studying Jefferson Davis and the War Between the States. Of particular interest, the archives house original Davis family documents as well as a large portion of the Dorsey, Davis, and soldiers’ home collections.

The third component of the Jefferson Davis Presidential Library contains the exhibit galleries, which include the Jefferson Davis Gallery, the Confederate Soldier’s Gallery, as well as several exhibits that rotate throughout the year. The exhibits in the Jefferson Davis gallery include Davis family documents, photographs, clothing, and other personal items. Some of the interesting artifacts are Davis’ desk used during the tenure as Secretary of War during the Franklin Pierce administration, several letters from different periods ranging from the 1840s to 1889, and the funeral catafalque used in Davis’ funeral procession in New Orleans. Of special interest is the cloak worn when Davis was captured by Union troops near Irwinville, Georgia. It disproves the widespread falsehood that he was dressed in women’s clothing to avoid capture. The Confederate Soldier’s gallery exhibits are rotated on a regular schedule, and feature items ranging from rare Confederate uniforms to rifled muskets to soldier’s letters, etc. 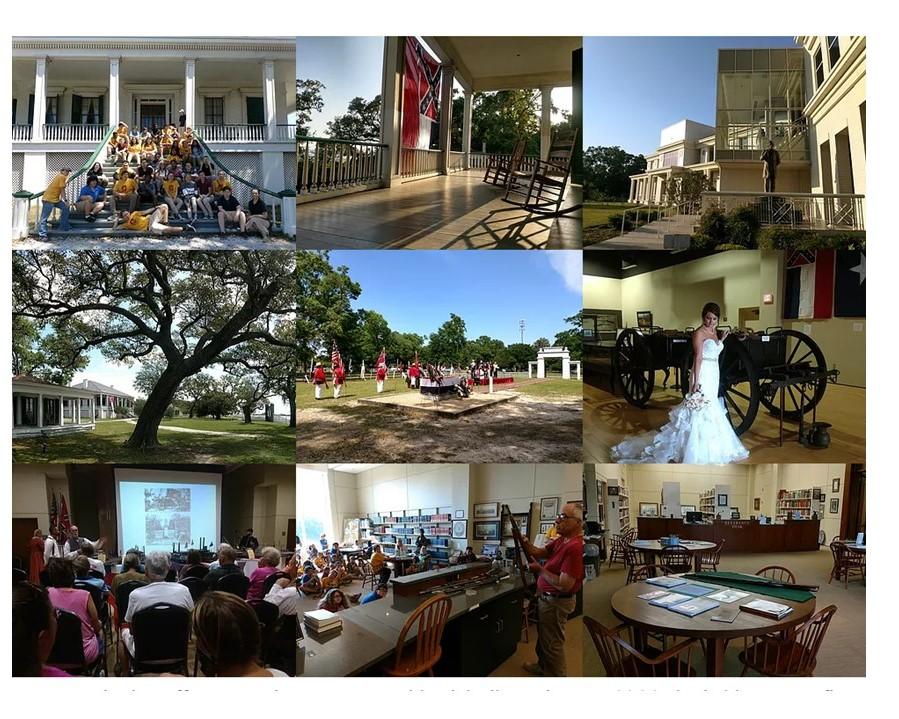