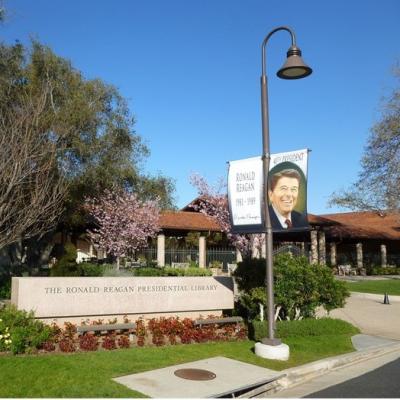 At the groundbreaking ceremony for the Ronald Reagan Presidential Library, held on November 21, 1988, President Reagan proclaimed, “But I believe that scholars of good will . . . will judge our efforts well. But as for us, at present, we can only say this: we have done our best and we pray it has been enough.” At its conception, the future Reagan Library was faced with three major questions:

Where would the library be located?

How would this new institution cope with being the first to adhere to the rules of the Presidential Libraries Act of 1978?

And how would the director and staff manage the papers and gifts of a modern Presidency that lasted two full terms (the first since 1961)?

Due to growing pressures between the Ronald Reagan Presidential Foundation, whose trustees wanted a public affairs center at the university, and the student and faculty’s resistance to the idea that this addition might limit the university’s independence, the foundation withdrew from the project. With less than two years left before the end of President Reagan’s second term, the foundation scrambled to secure another location, surveying multiple sites around California.

By November 1987, the Presidential materials once again had a future home, but this time in Simi Valley, California. The President and First Lady selected a site that was surrounded by mountains and had a spectacular view of the Pacific Ocean. Developers donated 100 acres for the project, and one year later construction on the library began.

With a new site confirmed, the next step was to secure a director. This director would carry the unprecedented responsibility of managing materials under the Presidential Libraries Act of 1978. Former University of Southern Californian Administrator and former White House Official Ralph C. Bledsoe stepped up to the task.

In 1991, staff writer for the LA Times Kenneth R. Weiss wrote, “It promises to be a thorny, if not thankless job.” Within months of his appointment, Bledsoe had already received multiple subpoenas and requests by the public regarding access to materials. One year after the Reagan Library’s dedication, 6.7 million Presidential pages were made available under Bledsoe’s supervision.

Since President Dwight Eisenhower left office in 1961, Ronald Reagan was the first President to serve a full two-term, eight-year Presidency. This fact, accompanied by the new age of electronic records and the documentation of a modern Presidency, meant the library inherited an extraordinary amount of materials. The library took on the task of absorbing what today is over 60 million pages of documents, over 1.6 million photographs, 670,000 feet of motion picture film, 20,500 videotapes, 25,500 audio recordings and over 62,000 objects/artifacts. Additionally, the Library houses personal papers collections including documents from Ronald Reagan’s eight years as governor of California..

In his 2011 testimony to Congress, Duke Blackwood, current Director the Reagan Library, revealed that the library processes more than 1.5 million documents each year. While the library has made substantial progress in its archival process, problems persisted. For instance, in 2007, library officials came under fire when they revealed that they struggled to accurately catalog artifacts. Blackwood explained that many of these problems stemmed from the complicated transfer of materials from the White House staff to the archivists at the library.

There’s no missing one particular object, however. On September 8, 2001, President Reagan’s dream of retiring Air Force One at the library came true. Four years later, the plane was open for visitors to explore. Although the Reagan Library encountered both triumphs and setbacks, it paved the way for processing Presidential papers in the modern era.

The education department of the Ronald Reagan Presidential Library incubates, develops and maintains a core roster of curriculum and educational programming. Key areas of focus include the office of the American Presidency and presidential decision making. Utilizing White House documents, photographs, first-hand interviews, artifacts and other treasures housed in our collections; we stimulate students to engage in creative 21st-century learning experiences both in and out of the classroom.

The research room is open from 9 a.m. to 5 p.m. Monday through Friday but is closed on weekends and all federal holidays. If you arrive before 10 a.m. to conduct research, please go through the doors labeled RESEARCH to the left of the main entrance. There is no fee to conduct research, there are charges for self-service photocopying and to have audiovisual materials reproduced. Self-service photocopying fee is $0.25 cents per page.  You are not required to make an appointment or reservation to use the research room. However, we highly recommend that you contact us prior to your first visit so we can confirm material for your specific topic is available.

Researching at the Library

The Reagan Library provides access to information regarding President Ronald Reagan, his administration and his life to anyone requesting it. Whether you are a grade school student, a serious academic researcher, a journalist or simply a fan of Reagan, we can assist you.

Because our records are irreplaceable, and because our mandate under federal law is to preserve them, they require careful handling to protect them for future generations. Consequently, archival materials cannot be borrowed. If you visit us for your research project, we will bring the materials you request to you for review in our supervised research room. We will also provide you with instructions on handling original Presidential records, personal papers and audiovisual materials.

Upon arrival, your bags will be inspected by security and you will be issued a locker key for your belongings. For your first visit, you will have a brief orientation wherein you complete a researcher application (please have photo ID ready) and you will be issued a researcher card. You will also meet with an archivist who will demonstrate proper document handling, overview the rules of the research room, and assist in finding documents and collections relevant to your research.

The following items are prohibited: Food and drink including tobacco of any form, pens, top-feeding document scanners, notebooks or folders (all note paper must be unbound) and cases for laptops or tablets. 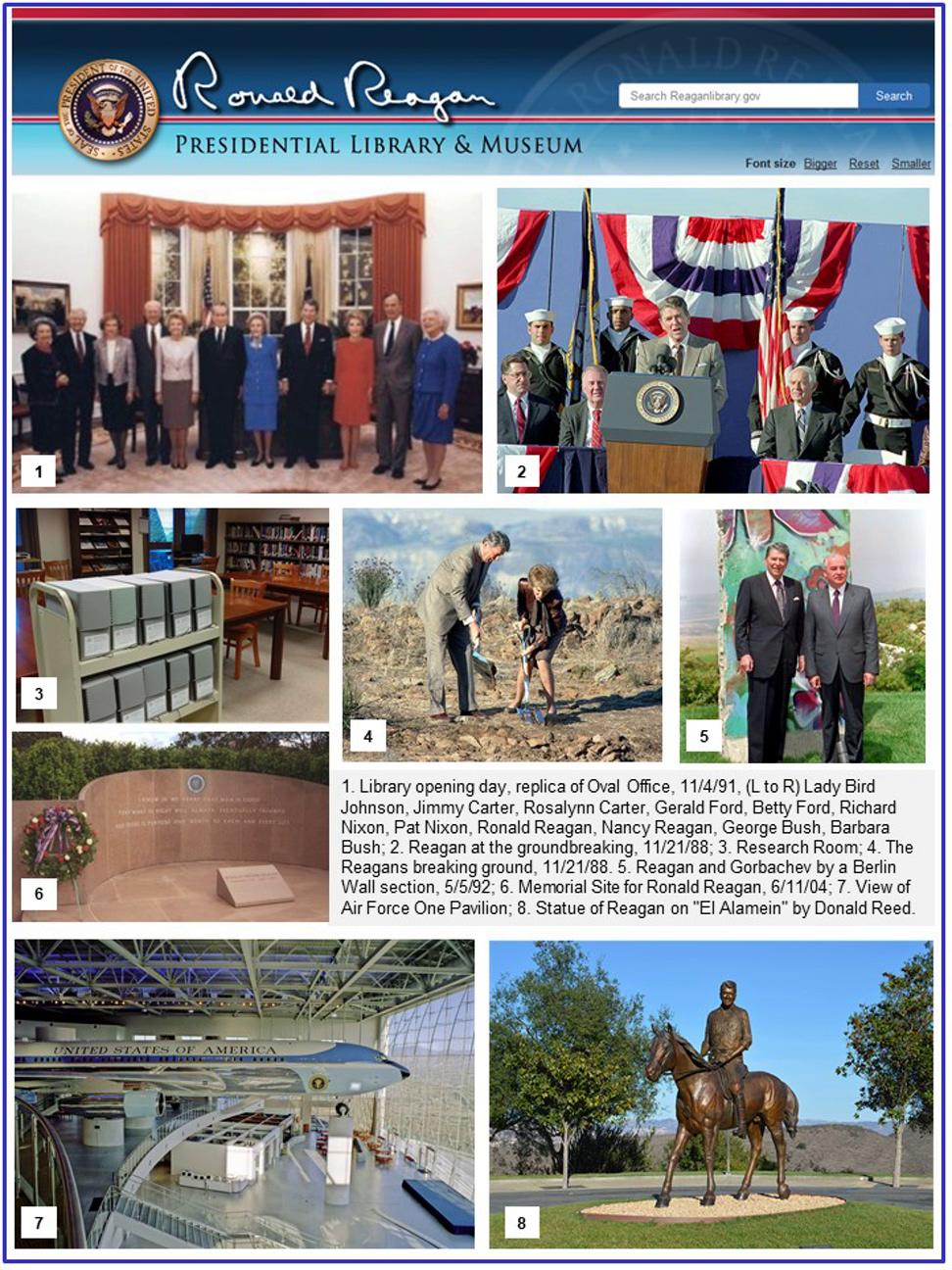