German Americans' Contributions to Our Nation 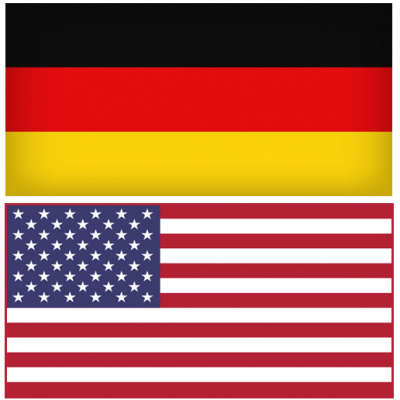 With an estimated size of approximately 44 million in 2016, German Americans are the largest of the ancestry groups reported by the US Census Bureau in its American Community Survey. The group accounts for about one-third of the total ethnic German population in the world.

There is a "German belt" that extends all the way across the United States, from eastern Pennsylvania to the Oregon coast. Pennsylvania has the largest population of German-Americans in the U.S. and is home to one of the group's original settlements, Germantown (Philadelphia), founded in 1683 and the birthplace of the American antislavery movement in 1688, as well as the revolutionary Battle of Germantown. The state of Pennsylvania has 3.5 million people of German ancestry.

German Americans established the first kindergartens in the United States and the Christmas tree tradition. They also introduced popular foods such as hot dogs, hamburgers, pretzels, strudel, sauerkraut and lager beer to America.  All in all, German Americans have been influential in almost every field in American society, including science, architecture, business, sports, entertainment, theology, politics, and the military.