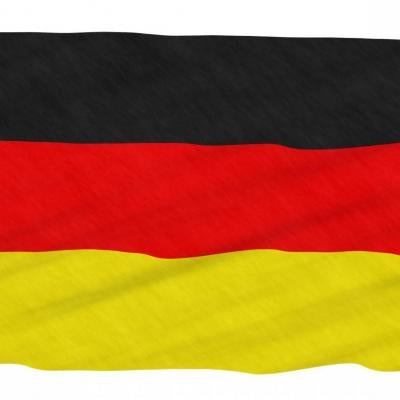 The German immigrant story is a long one—a story of early beginnings, continual growth, and steadily spreading influence. Though they endured their share of hardship, they escaped much of the tragedy and harsh treatment that plagued many immigrant groups. Today, more than 40 million Americans claim German ancestry—more than any other group except the British. German immigrants were among the first Europeans to set foot in North America and helped establish England’s Jamestown settlement in 1608 and the Dutch colony of New Amsterdam—now New York—in 1620.

During the 17th and 18th centuries, many European powers forced their subjects to follow an official state religion. Therefore, when William Penn toured Germany in 1677, spreading the word of a new kind of religious freedom in the American colonies, he found a receptive audience. Many Germans, especially Protestants, were persuaded to join him in his colony of Pennsylvania. Drawn by the prospect of inexpensive land, German immigrants quickly moved to settle on the fringes of the new colonies. By the middle of the 18th century, German immigrants occupied a central place in American life. When the Declaration of Independence was signed on July 4, 1776, a German newspaper was the first to break the news. The strength and vitality of German publishing were the cornerstones of German culture in America and one of the reasons for its tremendous success. The military traditions of German-speaking immigrants also made a significant contribution to revolutionary America. General Von Steuben’s manual of regulations formed the basis of the manual of drill and organization used today by the U.S Army.

German immigration boomed in the 19th century. Wars in Europe and America had slowed the arrival of immigrants for several decades starting in the 1770s, but by 1830 German immigration had increased more than tenfold. After the failed German Revolution of 1848, antisemitic violence in Germany and Austria-Hungary drove thousands of German Jews to emigrate. Many of the newest immigrants made their way to America's farm country and others took their skills to the cities, thus making a strong impact on American culture and education. By the end of the 19th century, German Americans and German culture were generally accepted as necessary threads in the fabric of American life.

The largest ethnic group in Texas derived directly from Europe was persons of German birth or descent. As early as 1850, they constituted more than 5 percent of the total Texas population, a proportion that remained constant through the remainder of the nineteenth century. Intermarriage has blurred ethnic lines, but the 1990 United States census revealed that 1,175,888 Texans . . .

Sculptor and stonecutter Frank Teich was born in Lobenstein, Germany, the son of the poet Frederick and Catherine (Horn) Teich. At the age of eight he began painting, and after his graduation from the University of Nuremberg he was apprenticed to the German sculptor Johannes Schilling; he probably worked on the German national monument, The Watch on the Rhine. He then studied a year under the Franciscan Brothers at Deddelbach am Main.