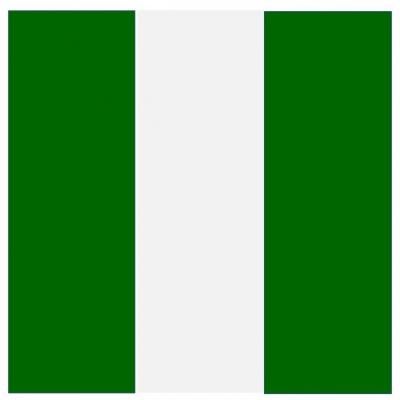 In rhe 1800s, the slave trade was active in Negeria with European nations, private comanies and various African states taking part. With rising anti-slavery sentiment at home and changing economic realities, Great Britain outlawed the international slave trade in 1807. Following the Napoleonic Wars, Great Britain established the West Africa Squadron in an attempt to halt the international traffic in slaves.[46] It stopped ships of other nations that were leaving the African coast with slaves; the seized slaves were taken to Freetown, a colony in West Africa originally established for the resettlement of freed slaves from Britain. Nigeria is a federal republic in West Africa, bordering Chad and Cameroon in the east, Benin in the west, and Niger in the north. Its coast in the south lies on the Gulf of Guinea in the Atlantic Ocean. It comprises 36 states and the Federal Capital Territory, where the capital, Abuja   is located. It is officially a democratic secular country.

Nigeria has been home to a number of kingdoms and tribal states. The modern state originated from British colonial rule beginning in the 19th century, and took its present territorial shape with the merging of the Southern Nigeria Protectorate and Northern Nigeria Protectorate in 1914. The British set up administrative and legal structures whilst practising indirect rule through traditional chiefdoms. Nigeria became a formally independent federation in 1960. It experienced a civil war from 1967 to 1970. It thereafter alternated between democratically elected civilian governments and military dictatorships until it achieved a stable democracy in 1999, with the 2011 presidential election considered the first to be reasonably free and fair.

Geographically, it is bordered by Chad  and Cameroon in the east, Benin in the west and Niger in the north. Its coast in the south lies on the Gulf of Guinea in the Atlantic Ocean. It is made up of 36 states and the Federal Capital Territory, where the capital, Abuja is located. Nigeria is officially a democratic secular country.