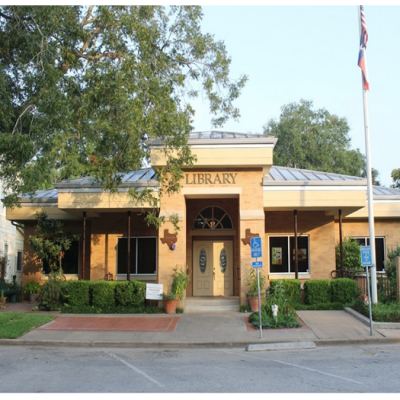 In 1929, the members of the Smithville Woman’s Club proposed to establish a public library. J.G. Trousdale, husband of one of the members, offered a room on the second floor of a building he owned on Main Street to house the library. After gifts and donations from members of the community came in to the Woman’s Club, the library opened its doors to the public in January, 1931 with a collection of 500 books.

During the time of World War II, the books were moved to another building on Main Street, where a USO was quartered for use by the soldiers of Camp Swift. At this time, the library’s collection of books totaled 1,335. After the war, the library was moved back to the Utilities Building.

In 1960, the Woman’s Club relinquished its control of the library to the City of Smithville; however, they still vowed to provide support. Throughout the early-mid 1960’s, memorial and gift donations came into the library under the Smithville Public Library Expansion Fund. It wasn’t until 1966 that the City of Smithville accepted full responsibility for the library, forming a City Council-appointed library Advisory Board and pursuing additional funding for expansion.

In late 1970, ground was broken for a new building at 6th and Main which was dedicated in August 1971. By 1989 an expansion was completed, with the second enlargement of the library completed in 1998. It is this building which currently allows the library to tailor services to meet the needs of the Smithville community. Ongoing improvements in the technological resources, public services, and in the library book collection help keep the Smithville Public Library an asset belonging to the community.

At a meeting of the Woman's Club in September of 1929, the germ of an idea to establish a public library was proposed; followed by the search for a location. City officials granted space in the Council Chamber and Court Room for storage of books until a better site was determined. The original donation of books came from the private library of Mr. and Mrs. Fred Rodgers of the Upton community.