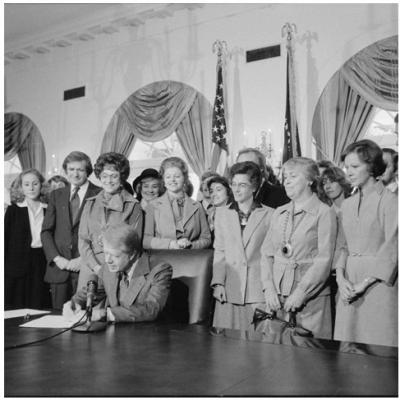 1937: Breedlove v. Suttles
On December 6,  the U.S. Supreme Court upheld a Georgia poll tax, reasoning that voting rights are conferred by the states and that the states may determine voter eligibility as they see fit, save for conflicts with the Fifteenth Amendment (respecting race) and the Nineteenth Amendment (respecting sex … Poll taxes are used to prevent people with little money (i.e. poor whites, African Americans, Native Americans) from voting. [https://supreme.justia.com/cases/federal/us/302/277]

1941: Women’s Army Corp (WAC)
This U.S. Army unit was created during World War II to enable women to serve in noncombat positions. Never had women, except for nurses, served within the ranks of the U.S. Army. With the establishment of the WAC’s, more than 150,000 did so. [https://www.army.mil/women/history/wac.html]

1942: First Female Officer is the Navy
Mildred Helen McAfee [82], president of Wellesley College, was an American academic who served during World War II. She was sworn in as a Navy Reserve lieutenant commander and became the first female officer in U.S. Navy history, as well as the first director of the WAVES. McAfee was the first woman commissioned in the U.S. Naval Reserve and the first woman to receive the Navy Distinguished Service Medal. [https://www.defense.gov/Explore/News/Article/Article/1102371/remembering-navy-waves-during-womens-history-month/]

1943: Magnuson Act
On December 17, the Magnuson Act becomes federal law. It repeals the 1882 Chinese Exclusion Act, and Chinese immigrants, including women, can become U.S. citizens (though rights of property ownership remain restricted). Some already in the U.S. can naturalize. The quota for entry visas to the U.S. issued to Chinese citizens is set at only 105 per year. [https://historylink.org/File/8993]

1947: Post-War changes
Percentage of women in the labor force declines as women leave jobs to get married and to make way for returning soldiers. By end of decade, numbers of workingwomen are again on the increase.

1960: FDA approves birth control pills
Clinical tests of the pill, which used synthetic progesterone and estrogen to repress ovulation in women, were initiated in 1954. On May 9, the FDA approved the pill, granting greater reproductive freedom to American women. [https://www.fda.gov/media/110456/download]

1961: President’s Commission on the Status of Women
On December 14, President John F. Kennedy established this Commission, headed by Anna Eleanor Roosevelt [83] until her death in 1962. The Committee was charged with evaluating and making recommendations to improve the legal, social, civic, and economic status of American women. It successfully pushes for passage in 1963 of Equal Pay Act, first federal law to require equal compensation for men and women in federal jobs. [https://www.nacw.org/history.html]

1961: Washington, D.C. suffrage
On April 3, the 23rd Amendment to the U.S. Constitution becomes law. It grants residents of Washington, DC the right to vote for the U.S. President. Because D.C. is not a state, however, residents do not have voting representatives in the U.S. Congress. [https://constitutioncenter.org/interactive-constitution/amendment/amendment-xxiii]

1963: The Feminine Mystique
Betty Friedan [77] publishes her highly influential book, The Feminine Mystqiue which describes the dissatisfaction felt my middle-class American housewives with the narrow role imposed on them by society in the post-WWII period. [https://www.britannica.com/topic/The-Feminine-Mystique]

1964: Twenty-fourth Amendment
On January 23, this Amendment is ratified by two-thirds of the states. It prohibited the federal and state governments from imposing poll taxes and literacy tests before a citizen could participate in a federal election. These tactics were heavily used against African American and poor white women and men. [https://constitutioncenter.org/interactive-constitution/amendment/amendment-xxiv] 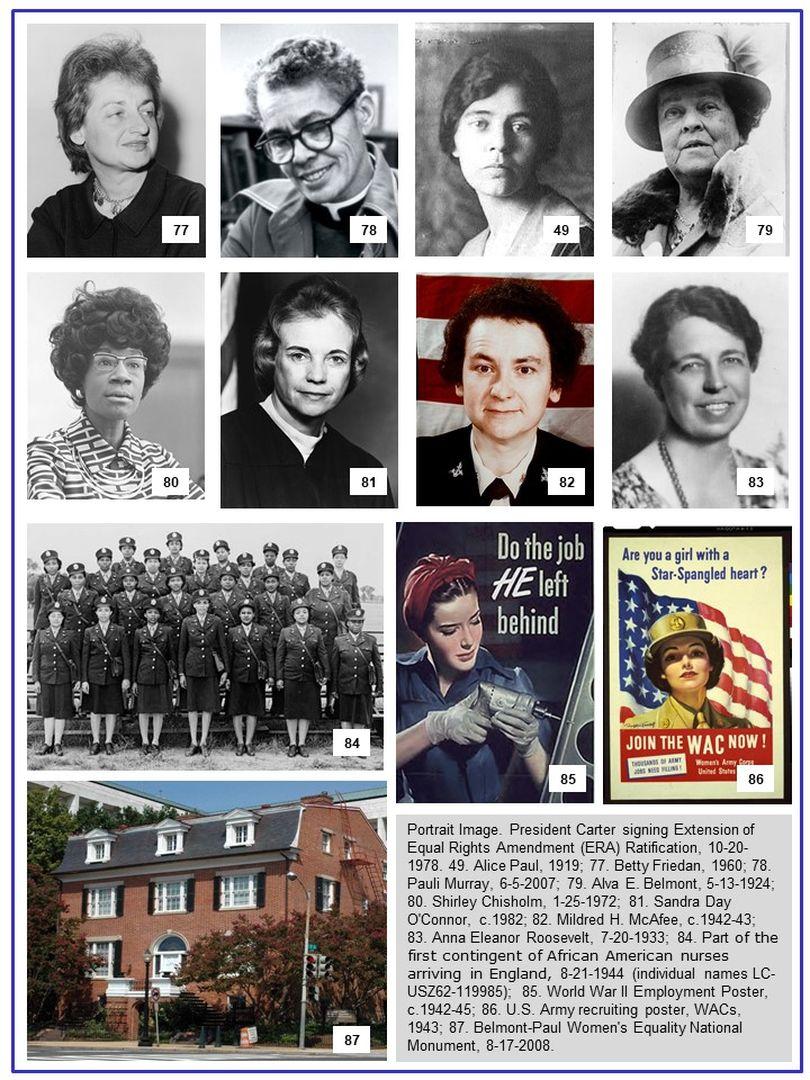