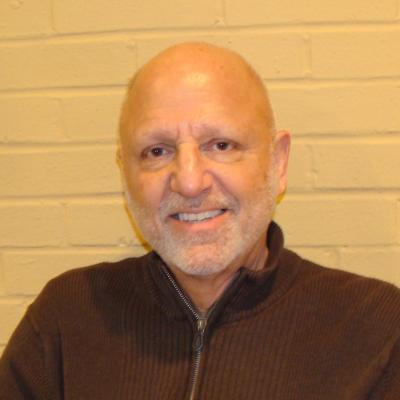 “Her name is Ester Baumgartner. Do you know her? She's a pretty Swiss girl who sings beautifully, and I think she lives near here."  Allan had posed the question in a broken mixture of Hebrew and English to whoever would listen and could understand him. Allan had met Ester while on an archaeological dig at Masada in the Negev, Israel. All he knew by the time they parted ways was her name and that she was staying in Tel Aviv. So, after finishing his work, he decided he would try to find her. He hitchhiked his way to Tel Aviv and, despite all odds, found her.

It was not just Ester that Allan found, however. “The odds were none-to-none that an American speaking Hebrew very poorly could venture to a foreign city and find some girl he met for two weeks on a mountaintop while knowing only her name. If I could accomplish that, I realized I could probably do anything I wanted to in life,” he recalls.

Allan was born in Washington, DC, on February 20, 1942, to Eunice (Statland) and Sol Kullen, both originally from Baltimore, MD. His sisten, Marian, was born two years later. He grew up in the DC metropolitan area. His father had built a successful career in the printing industry so, in 1959 after a very uneventful four years culminating in his high school graduation, Allan chose to attend the School of Printing Management at Carnegie Institute of Technology (CIT) in Pittsburgh, PA.

CIT was transitioning to a new academic structure, later becoming Carnegie Mellon University, and he soon learned that his class was to be the last group graduating from the printing school. Allan was given great flexibility with his schedule and took advantage of that opportunity by becoming very involved in campus activities. He served as president of the Intermural Society, business manager and co-editor of the school paper and sports editor of his senior yearbook. He was also a member of the Executive Council of the student body. He graduated in 1963, receiving the Fred Hagen, Sr., Award, given to the student with the highest scholastic standing in the School of Printing Management, and he received the Special Jeweled Activities Key in recognition of his work on campus.

Equally important, his membership in Tau Delta Phi Fraternity enabled him to grow as a person. He felt he had gained a new family, and that experience helped him build the self-esteem and social skills he had lacked. He was president of his pledge class and later served as vice president of the chapter. He still cherishes many of the friendships built during those years.

Although he held the highest academic average in the ROTC program, he was disqualified from entering the advanced corp. after being examined by the military doctor. Ironically, at the time of the exam, he was also fitted for what would have been his new uniform. It turned out that the company doing the work was from Baltimore and just happened to make suits for his uncle, who still lived there! His fitting took more time than it did for any other potential cadet, and he would have been the best-dressed soldier on campus.

With a potential career in the Army out of his plans, Allan decided to continue his education and enrolled in the two-year MBA program at the University of California, Berkeley. During his first year, he met representatives of NBBS, a Dutch travel organization that organized student trips to Europe beginning with an eight-day crossing the Atlantic. He worked for them by putting out a daily newspaper on the ship, a 7,000- ton World War II Victory ship (a troop carrier). He also accepted, through his participation in AIESEC, a summer internship as a consultant for a printing company in Amsterdam. When the internship ended, he went to the VW plant in Wolfsburg, Germany, to pick up a car he had purchased while in the states and began traveling around Europe (East and West), Scandinavia and the British Isles. Leaving his car in storage at a youth hostel, he hitched through Spain, Morocco, Israel and Turkey before picking up his car—to the relief of the hostel manager—and returning home by working on another NBBS student ship. It was during this time that he recognized the positive contributions that diverse cultures have made and continue to make to improve lives across the world. After returning home from this eye-opening experience, he had the option of continuing to earn his degree at Berkeley or entering the workforce.

The Berkeley MBA program was designed for engineers who desired a business education to support their technical knowledge. Since he had completed his first year, had applicable business credits from his time at CIT and had completed a research project on using an analog computer model to predict business success, Allan asked if he could just return to campus and take his comprehensives. School officials told him that if he paid his tuition that could work, but he decided to go into the business world first to see if he really needed the advanced degree. It turned out he did not.

He began his career as marketing director for his father’s firm, Kaufmann Press, Inc. When his father’s company was acquired by a public company, Publisher’s Company, Inc. (Pubco), Allan went to work for Pubco, initially assisting with its acquisitions program and subsequently finding a more challenging niche in its publishing division. He was responsible for the development and production of the 10-volume International Library of Afro-American History and, later, the revision of The New American Encyclopedia, which was done in partnership with Mondadori Publishing in Italy.

When Pubco began to fail, Allan realized he needed to build a future where he could better control his own destiny, especially since he was now married to the love of his life, the former Diane Klein of Floral Park, Long Island, New York. They had two children, Allison and Todd. Returning to what he knew best, in 1974 he acquired the assets of a struggling printing company whose owners were in default with their bank and formed Todd Allan Printing Co., Inc., which he ran until 2013. During that period, he grew the company through internal sales and roll-up acquisitions of eight smaller firms, merging them into his company. At its peak, Todd Allan had $16 million in annual sales and 127 employees. In 1981 he obtained a patent for “prints having continuous tone gradation that could 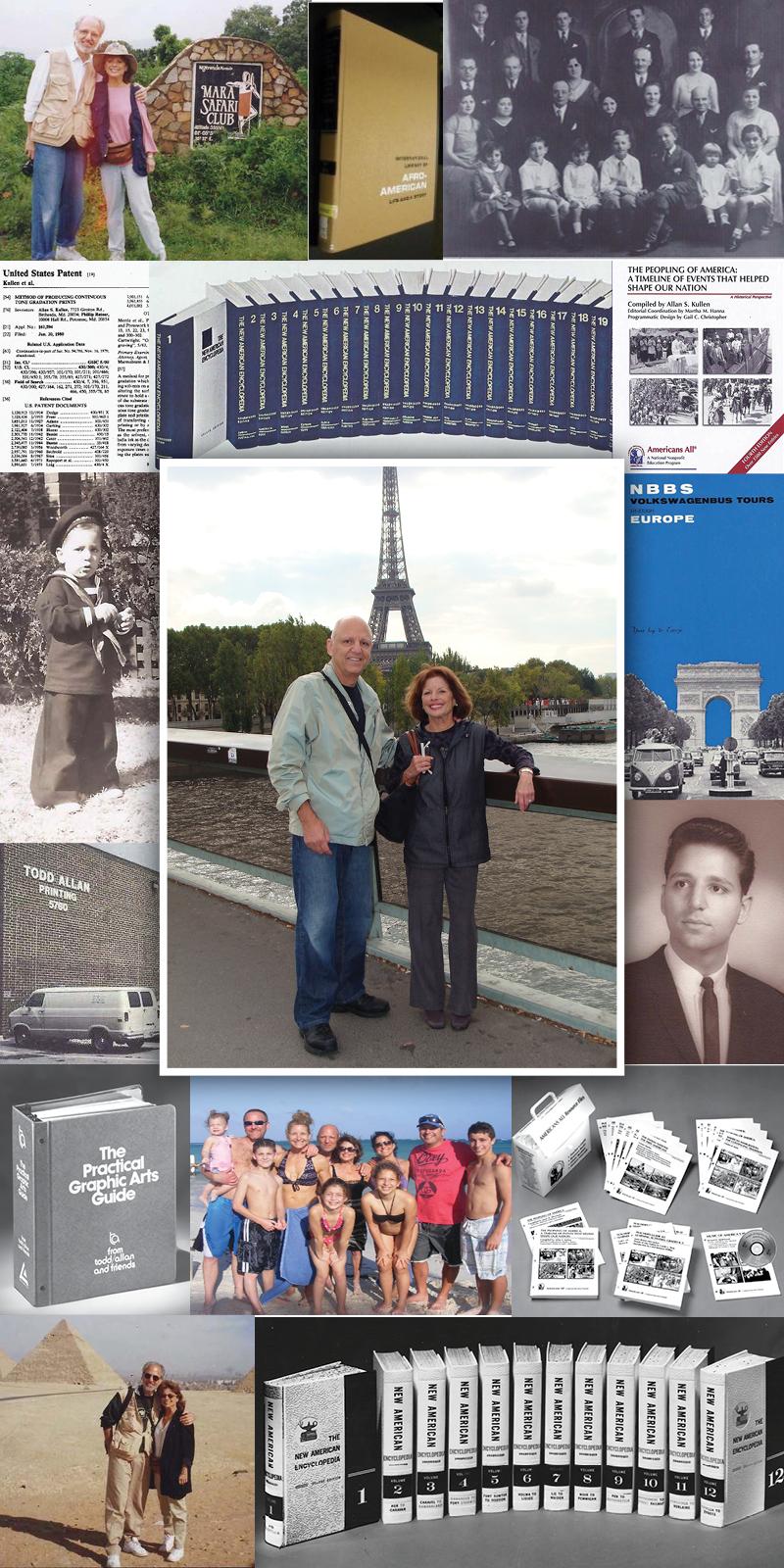