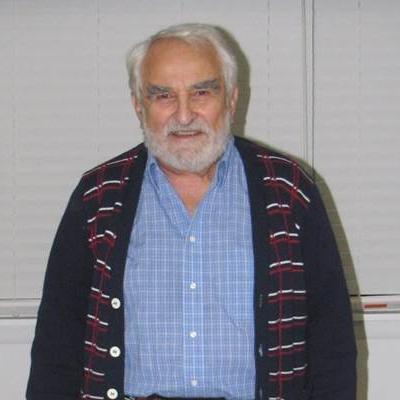 Constantine "Connie" Foltis was born in New York City on December 1, 1929, and died at Bailey Family Center for Caring of Community Hospice in St. Augustine, Florida, on June 16, 2011. Those who knew him at the Center would never forget his generosity, talent, laughter, friendship, love, and compassion. He was one of the friendliest people one would ever meet. His spirit lives on through the lives he touched and through the Constantine Foltis Memorial Foundation named in his honor. His will instructed his family to bury his ashes at sea.

Connie's father and mother immigrated to the United States from Russia and Scotland, respectively. Connie’s father grew up in a Greek community in Russia and sailed around the world until he landed in New York City where he started in the food business pushing a donut cart. He quickly built a chain of 33 restaurants famed in New York City. Greek culture dominated family and business.

Connie grew up in Flushing, New York, with his two older sisters named Helen and Jeannie. Connie’s extended family summered each year at the family summer home on Shelter Island near the Hamptons on Long Island. He and his family adored Shelter Island, which remained a central focus throughout his lifetime. Here he found his passion for sailing and pursued his love for photography. He took thousands of pictures of sights and people, often developing them himself in his darkroom.

Connie excelled at school where he focused mainly on technical subjects. After graduating from Brooklyn Tech High School, he went on to obtain degrees in Naval Architecture and Marine Engineering at the University of Michigan. He began his career in naval architecture at the Rosenblatt Shipyard in Seattle.

Connie married after graduating from college and raised two daughters, Christine Robinson and Rosemary Foltis, who live in the Washington Metro Area. He taught them to sail and ski as well as other interests. Connie sailed, took photographs, skied downhill skier as he lived and traveled around the U.S., Europe, and the Caribbean.

Connie began his 30-year Federal Government career as a marine engineer and naval architect at the Maritime Administration in Washington, D.C. Here he received a Department of Transportation Award for Superior Achievement. Prior to his retirement, he helped create a design for offloading cargo ships still used around the world.

Connie always sailed, raced and taught family members and friends to sail. He sailed at the University of Michigan Sailing Club where he made life-long friendships. He later sailed at clubs near Seattle, in Maryland, in Virginia, and in Florida. He timed his retirement to sail back from England with friends. Later, he sailed and lived on his 52-foot yacht, Nightwind, before setting down roots in Palatka on the St. Johns River near St. Augustine, Florida.

Connie helped others throughout his lifetime. Brought up with animals, Connie often gave homes to them. He volunteered to help schools, served on boards, and provided expert advice to many public and private groups. Connie shared good times and bad with his friends and family, sharing laughter and helping many through hard times.

The Constantine Foltis Memorial Foundation raised awareness to foster the healing bond between people and animals. 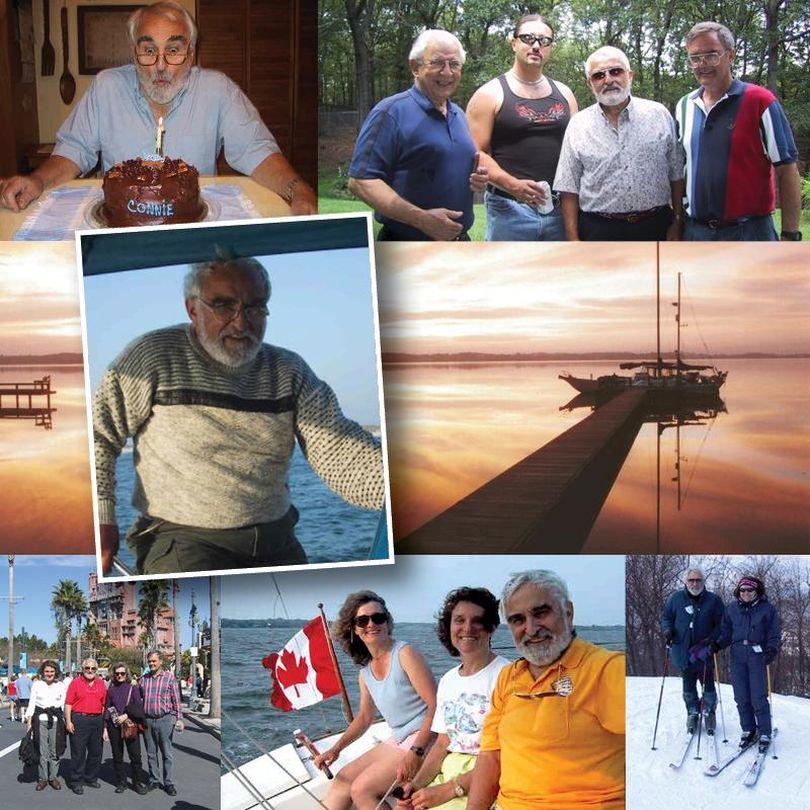