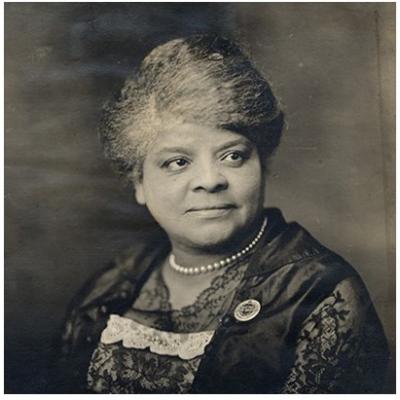 Ida B. Wells-Barnett was an African American woman of striking courage and conviction. A civil rights advocate, journalist and feminist, she achieved nationwide attention as a leader of the anti-lynching crusade.

She was born a slave on the farm of Spires Bolling Farm near Holly Springs, Mississippi on July 16,1862, the oldest daughter of James Madison and Elizabeth “Lizzie” Wells (Warrenton). Shortly before he died, James's father apprenticed his eighteen-year-old son to learn the building trades from Spires Bolling. After emancipation, Bolling invited James to continue working for him. James became a skilled building craftsman, helping to repair and rebuild Holly Springs after the war. Her mother's life was different. Lizzie was born on a plantation in Virginia and was sold away from her parents. Before the Emancipation Proclamation was issued, Wells’ parents were enslaved to Spires Boling, a building contractor, whose family lived in the Bolling-Gatewood House. This house has now become the Ida B. Wells-Barnett Museum.

During Reconstruction, James and his wife quickly exercised the privileges of freedom. They legalized their marriage, and as their family grew they deepened their commitment to education as a way out of poverty. Well’s parents were active in the Republican Party. He was involved with the Freedman's Aid Society and helped start Rust College (then called Shaw University), a historically Black liberal arts college. It is affiliated with the United Methodist Church and was one of 10 Historic Black Colleges and Universities founded before 1869 that are still operating. The couple eventually had four boys and four girls.

Wells used her family's savings to attended Rust College to receive her early education but was forced to drop out after a confrontation with the schoo president. At 16, she lost both parents and one of her siblings in the Yellow Fever Epidemic of 1878. After she left Rust, she  convinced a nearby school administrator that she was 18 and landed a job as a teacher to take care of her five remaining brothers and sisters (another brother had died earlier of spinal meningitis)..

In 1882, she moved with her sisters to Memphis, Tennessee, to live with their aunt. Her brothers found work as carpentry apprentices, and for a time, she continued her education at Fisk University in Nashville. While on a train ride from Memphis to Nashville in May 1884, she reached a turning point. She had bought a first-class ticket, but the train crew forced her to move to the car for African Americans. Wells refused on principle, before being forcibly removed from the train. As she was being removed, she bit one of the crew members. Wells sued the railroad and won a $500 settlement in a circuit case court. The decision was overturned by the Tennessee Supreme Court.

Following this incident, she began writing about issues of race and politics in the South. Using the name "Iola", she had several her articles published in Black newspapers and periodicals. She later became part owner of two newspapers: The Memphis Free Speech and Headlight and Free Speech. In addition to working as a journalist and publisher, she worked as a teacher in a segregated public school in Memphis. A vocal critic of the condition of segregated schools in the city, she was fired from her job in 1891 because of a strong article she wrote pointing out unequal funding of the black schools by the board of education.

In 1892, Wells turned her attention to anti-lynching after a friend and two of his business associates were murdered. Tom Moss, Calvin McDowell, and Will Stewart started a grocery store, The People’s Grocery Store, which drew customers away from a white-owned store in the neighborhood. The white store owner and his supporters clashed with Moss, McDowell, and Stewart on multiple occasions. One night, they had to guard their store against an attack and ended up shooting several of the white men. They were arrested and taken to jail. Unfortunately, they did not have a chance to defend themselves. A lynch mob took them from their cells and murdered them. Wells wrote articles decrying the lynching and risked her own life traveling the south to gather information on other lynchings. One of her editorials pushed some of the city's whites over the edge. A mob ransacked her offices and threatened her life if she did not leave town.

Wells was in New York at the time of the incident, which likely saved her life. She stayed in the North after her life was threatened and wrote an in-depth report on lynching in America for the New York Age. This was a newspaper run by T. Thomas Fortune, a former slave. Wells continued her reporting, writing for the Chicago Daily Inter-Ocean, [2] The Conservator, and many other newspapers. She published the pamphlet Southern Horrors later in 1892, working off what she had written for the Age and providing additional details. She then traveled across Europe, gaining support there for her anti-lynching mission. Her success in Europe emboldened her efforts once she returned to the United States and continued lecturing and writing.

In early 1895 she published her book, A Red Record. Again using her investigative reporting, A Red Record [3] was longer than Southern Horrors [1] and included updated statistics, specific details, and photographs of cases of lynching across the South.

In 1895, Wells married Ferdinand Lee Barnett, [11] with whom she had four children. [7] [8] Despite being married, Wells was one of the first American women to keep her maiden name. Barnett was born in 1852, and he and his family later settled in Chicago after the Civil War. He obtained his law degree from what is today Northwestern University School of Law and was the third Black person to be admitted to the practice of law in Illinois. He served three successive terms as an assistant state’s attorney in charge of extradition matters, having been first appointed in 1896. In 1878, he founded the Chicago Conservator, the first African American newspaper in Chicago. The newspaper changed owners and in 1893, Wells began writing for the paper and later purchased a partial ownership of it. When she married Barnett, she took full ownership and was editor until 1897. In 1896, Wells formed several civil rights organizations, including the National Association of Colored Women.

In 1898, she brought her anti-lynching campaign to the White House and called for President William McKinley to make reforms. She sent a four page letter to the President regarding the two senseless lynchings of Postmaster Frazier B. Baker and his two-year-old daughter that took place in Lake City, South Carolina. She also asked for compensation for the widow and her children [6]. It triggered an investigation by the Department of Justice that led to a grand jury inditement of 13 white men. They went to trial, but it ended in a mis-trial and the case was dropped. Wells gained a lot of national attention for her anti-lynching efforts.

After brutal attacks on the African American community in Springfield, Illinois in 1908, she increased her efforts for reform. In 1906 she joined with W. E. B. Dubois to promote the Niagara Movement, a group which advocated full civil rights for blacks. In 1909, she attended a conference for an organization that would later become the National Association for the Advancement of Colored People (NAACP). Though she is considered one of the founders, she never obtained a position of leadership within it, perhaps because she opposed Booker T. Washington's moderate position that blacks focus on economic gains rather than social and political equality with whites. Or perhaps it was because at this time women did not have such power. 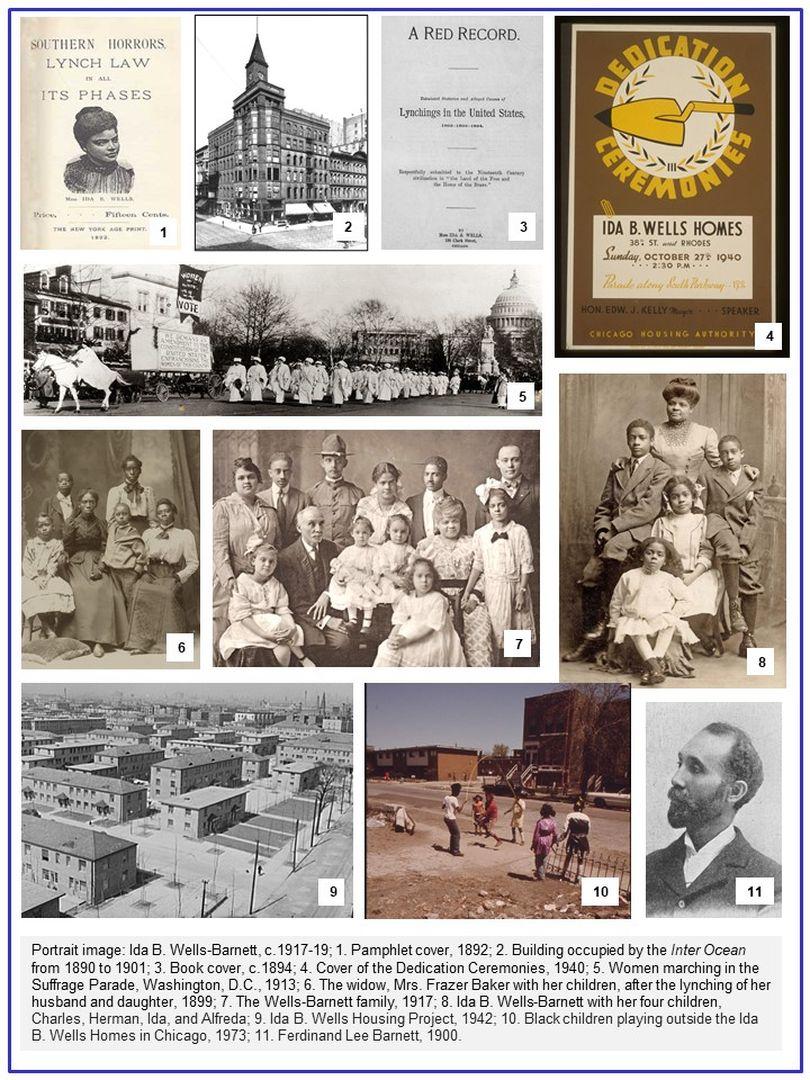