French Americans' Contributions to Our Nation 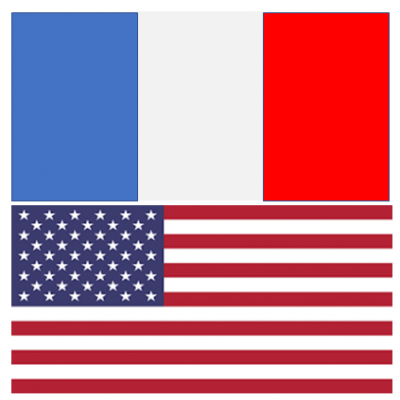 French military officers made major contributions to our War of Independence and after the War, France became America’s first ally. Pierre L’Enfant became a city planner for George Washington and was responsible for the layout of the nation’s capital. And in 1876, plans were drafted to create the Statue of Liberty, a joint effort between France and the United States.

When Napoleon sold the entire state of Louisiana to the US, it included the city of New Orleans, which sits at the mouth of the Mississippi river. The city still has a thriving French quarter that features classic French architecture and restaurants named after characters from France's history pages. And in New York City, the first gas-powered taxicabs were imported from France in 1907.

My father, Maxime Chalmin, was born in Coulandon, France, in October 1909. In his late teens and beyond, and after a series of "apprenticeship" assignments as was the professional development protocol in those days, he came to the United States as a cook at the Belgian Pavilion at the 1939 New York World's Fair.

Marie-Claire passed away suddenly of natural causes. She is survived by her husband, Steve, and children, Corinne (Smithen), Valerie (Hochman) and Sandra (Rosenband) and eight grandchildren. Services will be on December 23, Norbeck/Judean Memorial Gardens Chapel.  The family will receive friends on December 23rd  and 24th at the Miller residence.