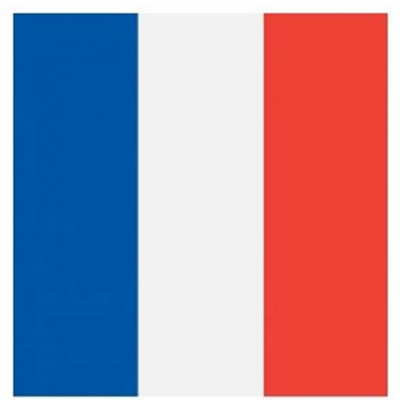 Unlike other European groups, there were only a few instances where groups of French citizens made a collective decision to emigrate to the United States. They mostly came as individuals or families seeking a better life and many of the earliest settlements were designed to be trading outposts. But overall, immigration patterns were triggered by a major religious or political event. In the early 1500’s, the Reformation began in Europe with protests against the Catholic Church.  When King Louis XIV revoked the Edict of Nantes in 1685, many Protestants, especially those who were well-education and skilled, left for North America. Another major event was the end of the Seven Year’s War in 1763. France lost to England and gave up its control of the colonies. When the American Revolution began, France’s aid was a significant factor in defeating the British. Public opinion in America towards the French was positive but things changed because of the French Revolution in 1789 which led to the start of the French Republic and severe unrest until Napoleon was defeated at Waterloo.

Opportunities for French immigrants increased in 1803 when the United States acquired the Louisiana Territory. Additional immigration came in the 1870s when Germany took the French provinces Alsace and Lorraine, and that population chose not to live under German control. Relations between France and the United States improved dramatically as their soldiers fought side-by-side in World War I and later, when the Allies prevailed in World War II.

Although the number of immigrants from France has been smaller than from other European countries, their urban and middle-class backgrounds have made it easier for them to adapt and succeed in their new country. In general, the French have assimilated well and have helped introduce new culture, cuisine, fashion and art. And many French words now appear almost daily in American conversation.

Henri Castro, empresario (a land agent or land contractor, under the system used by the Mexican government as a means of colonization) and founder of Castro's colony, was born in the department of Landes, France, in July 1786. His family, descended from Portuguese Jews who had fled to France after the inception of the Spanish Inquisition, occupied a position of wealth and status in southwestern France.

René Robert Cavelier, Sieur de La Salle, explorer, was born in St. Herbland parish, Rouen, France, the son of Catherine Geeset and Jean Cavelier. Cavelier was a wealthy wholesale merchant and "Master of the Brotherhood of Notre-Dame." There were two other sons, the Abbé Jean Cavelier and Nicolas Cavelier, a lawyer, who died rather young, and a daughter, who married Nicolas Crevel.