Greek Americans' Contributions to Our Nation 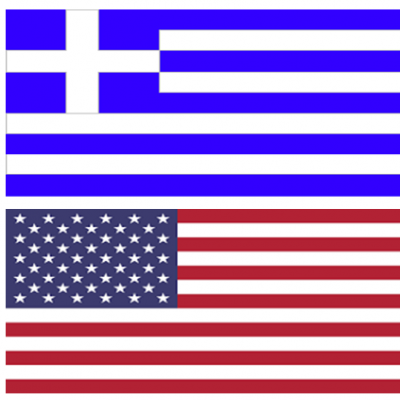 Although Greeks have accounted for a relatively small percentage of the total immigrants to the United States, they have formed strong ethnic communities that have kept alive their language, traditions and religion.

Upon arriving in the United States, most Greek immigrants found jobs in various industries. In New England, for example, they worked in textile mills. In Utah and Colorado, Greeks found work in copper and coal mines. In California, they worked in railroad gangs. Many were victimized by padrones, labor brokers who recruited immigrants for jobs in exchange for the immigrants’ wages.

Around the turn of the twentieth century, they began going into business for themselves, opening shoeshine parlors, candy shops, and, most notably, restaurants. Their first restaurants served native cuisine to fellow Greeks. In Chicago, some moved into the lunch business, working from street carts that sold inexpensive fare to factory workers. After the Chicago city council banned the sale of food on city streets, the immigrants turned to opening permanent establishments. Using mainly family members for labor and requiring little startup money, the restaurant business was the first stable economic base for Greeks in America. By 1919, one of every three restaurants in Chicago was operated by a Greek.

A major unifying force for the Greek community in America was the church. By 1918, nearly 130 Orthodox churches had been founded across the country. Many Greeks sought the close-knit communities they had in their home country, and the churches provided the immigrants with forums in which to share their common beliefs.

Prior to 1965, the United States had established quotas restricting immigration from certain countries and ethnic groups. The quotas favored immigrants from northern and western European countries. In 1965, the Democratic-controlled U.S. Congress passed the Immigration and Nationality Act. Whereas previous immigration acts had imposed quotas by country, the 1965 act established hemispheric quotas and distributed visas based on job skills and family reunification. Many Greek Americans used the new law to bring members of their families to the United States. Today, they resided in all fifty states, with the greatest numbers living in large cities such as Chicago, New York City, and Detroit. (Text excerpted from an article by Bethany E. Pierce, http://immigrationtounitedstates.org, and reproduced here for educational purposes.)

Constantine "Connie" Foltis was born in New York City on December 1, 1929, and died at Bailey Family Center for Caring of Community Hospice in St. Augustine, Florida, on June 16, 2011. Those who knew him at the center would never forget his generosity, talent, laughter, friendship, love, and compassion.