Irish Americans: Members of the Ancient Order of Hibernians 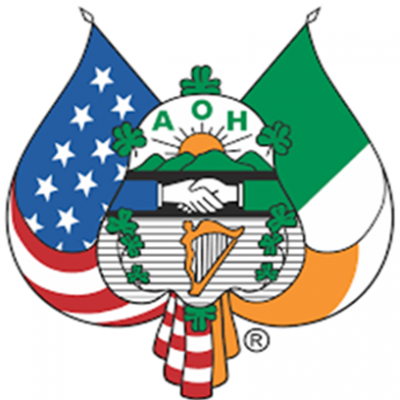 The Ancient Order of Hibernians (AOH) is America’s oldest and largest Irish Catholic organization. It is made up of Irish and Irish-Americans dedicated to the promotion, protection and preservation of Irish culture and traditions in America.

Founded in 1836 in New York and Pennsylvania to defend immigrant Irish from intolerance by nativist Know-Nothings, they followed the Irish across the new nation providing welfare benefits to members and protection to their church growing, as they went, into a national organization.

The heroism of the Irish units in the American Civil War had America cheering for the sons of Erin in American uniform while the charms of Irish domestics were winning admirers on the home front. The result was a decrease in prejudice against the Irish, and the Know-Nothing movement, recognized for the bigoted group it was, faded away. The AOH, on the other hand, grew stronger as they worked their way across America. A Ladies Auxiliary was started in 1906 and incorporated as the Ladies AOH in 2004.

In more recent years, reduced anti-Catholic violence minimized the militancy of the AOH and allowed an increase in cultural and charitable activity. Today they support community charities of all religions and ethnic origins while preserving Ireland’s ancient heritage. Annual dances, concerts, and parades sponsored at all levels of the Order raise millions for charity while providing a showcase for the positive contributions the Irish have made in every walk of American life. Hibernian Halls across the country also provide a welcome for new immigrants where the unique interests of the Irish are fostered, making the AOH a home away from home for many. Contact us for more information.

Mike McCormack is a former columnist for the Irish Echo and feature writer for the Arizona Desert Shamrock, San Francisco Gael, Florida Irish American, Hibernian Digest, as well as St Patrick’s Monthly and Ireland’s Eye magazines in Ireland. He helped organize a Division of the Ancient Order of Hibernians and served as Secretary, Vice President, and President before his knowledge of Irish history earned him the post of Division Historian.