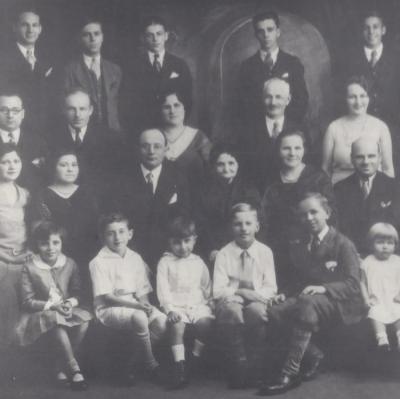 After Mary passed away and Sam remarried, he moved to DC and set up grocery store to support his family. Sol went to DC and built a carrier in commercial printing and publishing, ultimately becoming one of the nation’s seven national printers for TV Guide. Sara also moved to DC, worked her father’s store, and raised her family with Morris, who had earned his accounting degree and served in the Army, achieving rank of Captain. He later went into the real estate business. Chew went to New York to work for his relative Sam Friedman in their shoe stores and as a result, meet and married Irene. However, after the crash of 1929, he returned to Baltimore and went into the vendor and slot machine business. Harry remained in Baltimore and worked his way up to becoming head of the Joseph Katz Advertising agency.

Albert “Chew” Kullen was born in Baltimore, Maryland, the oldest of four children. His parents, Sam and Mary Kulchinsky, were Jewish immigrants from Russia and, in addition to a rich appreciation for their heritage, they afforded their children a unique distinction.