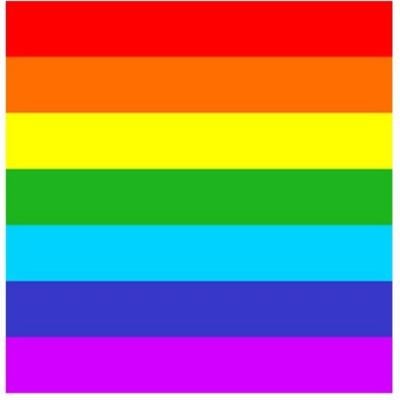 LGBTQ is an acronym for lesbian, gay, bisexual, transgender and queer or questioning. These terms are used to describe a person’s sexual orientation or gender identity. Lesbian describes a woman whose enduring physical, romantic, and/or emotional attraction is to other women. Some lesbians may prefer to identify as gay or as gay women. Gay is an adjective used to describe people whose enduring physical, romantic, and/or emotional attractions are to people of the same sex. Sometimes lesbian is the preferred term for women. A bisexual is a person who has the capacity to form enduring physical, romantic, and/or emotional attractions to those of the same gender or to those of another gender. People may experience this attraction in differing ways and degrees over their lifetime. Bisexual people need not have had specific sexual experiences to be bisexual; in fact, they need not have had any sexual experience at all to identify as bisexual.

Transgender is an umbrella term for people whose gender identity and/or gender expression differs from what is typically associated with the sex they were assigned at birth. People under the transgender umbrella may describe themselves using one or more of a wide variety of terms— including transgender. Many transgender people are prescribed hormones by their doctors to bring their bodies into alignment with their gender identity. Some undergo surgery as well. But not all transgender people can or will take those steps, and a transgender identity is not dependent upon physical appearance or medical procedures. Queer is an adjective used by some people, particularly younger people, whose sexual orientation is not exclusively heterosexual. Typically, for those who identify as queer, the terms lesbian, gay, and bisexual are perceived to be too limiting and/or fraught with cultural connotations they feel don’t apply to them. Some people may use queer, or more commonly genderqueer, to describe their gender identity and/or gender expression. Once considered a pejorative term, queer has been reclaimed by some LGBT people to describe themselves; however, it is not a universally accepted term even within the LGBT community. The “Q” can also mean questioning. This term describes someone who is questioning their sexual orientation or gender identity. (These definitions are provided by The Center, https://gaycenter.org/about/lgbtq).

In 1982, Fay Jacobs, a writer, performer, public relations consultant and GLBT activist, met Bonnie Quesenberry, owner of a Baltimore Dental Laboratory who served her country with distinction in both the Army and Navy, have shared their lives as a couple for 34 years.

Fay Jacobs is a writer and humorist from NYC transplanted to Washington, DC, then Rehoboth Beach, DE. She has four published books, is a GLBT activist and is married to Bonnie Quesenberry. She has kept company with a long line of Schnauzers and lives by the motto "nothing is ever so bad if it's worth the story you can tell."

For more than 50 years, Bayard Rustin was a nonviolent activist and leading strategist in the struggle for human rights and economic justice. As a gay man with radical politics, he was often marginalized despite his major contributions to the struggle for African-American civil rights and his work for peace and disarmament. He was born in West Chester, PA . . .