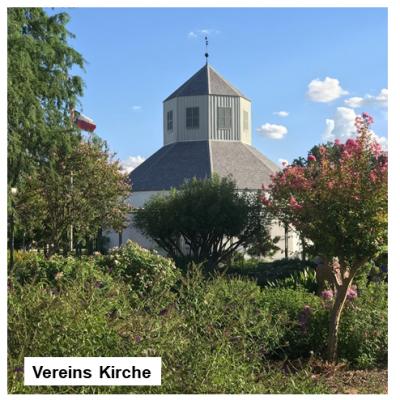 Fredericksburg was founded on May 8, 1846 by German immigrants under the Society for the Protection of German Immigrants in Texas. John O. Meusebach chose the location and named the settlement to honor Prince Frederick of Prussia. Settlers received lots in town with an additional 10-acre lot outside of town. The colonists planted corn, built storehouses to protect their provisions and trade goods, and prepared for the arrival of more immigrants.

On March 1, 1847, Meusebach, unarmed, met with several Tribes of Comanche Indians to negotiate a treaty between them and the town. He asked that the townsfolk be allowed to farm the land along the Llano in return for the Comanche being allowed in town at any time. He furthered the offer by promising that in times of hunger, the town would provide the Tribes with grain in return for game, honey, and bear fat. The Peace Treaty, which was never broken, was made.

Within two years of establishing the town, the first road from Fredericksburg to Austin was laid out. J.L Ransleben opened the first privately owned store, and the Nimitz family opened their hotel, which quickly became the most famous hotel in Central Texas. The nearby Mormon settlement of Zodiac became an important resource for learning to live and farm in the new area.

Religion was an integral component of life for the German settlers of Gillespie County. Residents attended services at the Vereins-Kirche, which served many functions. Devout farmers drove as much as twenty miles into town for religious services and built their Sunday houses for use on weekends and religious holidays. The first public school and the first official Catholic school in Fredericksburg were established in 1856. The first newspaper in the county was the German-language Fredericksburg Wochenblatt, established in 1877.

Fredericksburg became, and still is, the principal manufacturing center of Gillespie County. Over the years, the city has been home to numerous a metal and iron works, a furniture factory, a cement plant, a poultry dressing plant, granite and limestone quarries, a mattress factory, a peanut-oil plant, a sewing factory, and a tannery.

The modern tourism industry began in the early 1900s and is a thriving industry today, with special events every month. Among the highlights are the National Museum of the Pacific War, the Gillespie County Fair, Antique and Arts and Craft Shows, and Horse Racing and Octoberfest.

The largest ethnic group in Texas derived directly from Europe was persons of German birth or descent. As early as 1850, they constituted more than 5 percent of the total Texas population, a proportion that remained constant through the remainder of the nineteenth century. Intermarriage has blurred ethnic lines, but the 1990 United States census revealed that 1,175,888 Texans . . .

The TSHA is a 501(c)(3) nonprofit organization with a mission to foster the appreciation, understanding, and teaching of Texas history to encourage and promote research, preservation, and publication of historical materials. Handbook entries are written by volunteer historians and professionals, reviewed by TSHA staff, vetted by scholars, and approved by TSHA’s Chief Historian before appearing online.