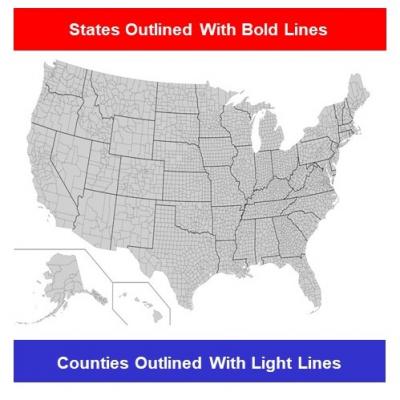 The Bureau of the Census defines a place as a concentration of population; a place may or may not have legally prescribed limits, powers, or functions. This concentration of population must have a name, be locally recognized, and not be part of any other place. A place either is legally incorporated under the laws of its respective State, or a statistical equivalent that the Census Bureau treats as a census designated place (CDP). Each State enacts laws and regulations for establishing incorporated places. The Census Bureau designates criteria of total population size, population density, and geographic configuration for delineating CDPs. Not everyone resides in a place; in 1990, approximately 66 million people (26 percent) in the United States lived outside of any place, either in small settlements, in the open countryside, or in the densely settled fringe of large cities in areas that were built-up, but not identifiable as places.

A "town" is a human settlement or urban area that has a name, defined boundaries and a local government. Towns are generally larger than villages and smaller than cities. A "small town" is a place whose population is in three digits. A "medium" town has a population between 1,000 and 10,000. A "large" town has a population between 10,000 and 100,000. Common population definitions for an urban area (city or town) range between 1,500 and 50,000 people, but some states follow different guidelines. A "metropolis" is the capital or chief city of a country or region, or: a very large and densely populated industrial and commercial city. A county is an administrative or political subdivision of a state that consists of a geographic region with specific boundaries and usually some level of governmental authority.

Smithville, just off State Highway 71 and ten miles a of Bastrop in southeastern Bastrop County, was established by Thomas Gazeley, who in 1827 settled near the present site. Gazeley operated a store there until his death in 1853, and the community that sprang up around the store was named Smithville, after William Smith and his family. J. P. Jones and Frank Smith opened a store in the community in 1867 . . .

As a Bicentennial gift and through the generosity of Floyd R. "Skip" Hyson and his wife, Lucille, the newly-organized Smithville Heritage Society received the Cox-Hyson house as a permanent home for the Society in 1976. Built in 1908 for John Cox and his wife, Irene Wilkes Cox, the house was the family home of the John Cox family.