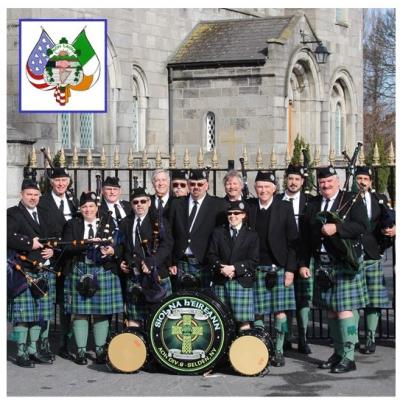 Fraternal organizations are groups that are formed based on a common bond, as with social or academic interests. Examples of fraternal organizations include college fraternities and sororities which are based on religion, previous members, or just common interests. Sometimes these organizations provide great networking opportunities that allow graduates a smoother transition into the workforce. They are often granted preferential tax treatment as 501(c)10 organizations and provide certain benefits to members such as discounted life or health insurance coverage.

Trade guilds, which were predecessors to trade unions, made up of professionals from a given trade are also forms of fraternal organizations, with groups such as Freemasons as persistent examples. In addition to the guiding principle that led to the formation of a fraternal organization, many groups also perform community service or charitable tasks.

The photograph composite is courtesy of the Ancient Order of Hibernians (AOH), a strategic partner of Americans All. They are made up of Irish and Irish-Americans dedicated to the promotion, protection and preservation of Irish culture and traditions in America.

His name was John Philip Holland and he was born in Liscannor, Co. Clare, Ireland, on February 24, 1841. He was only three when the potato failure devastated his country. He survived but suffered poor eyesight for the rest of his life. His father was a member of the Coast Guards and young John inherited a love of the sea.