African Americans' Contributions to Our Nation 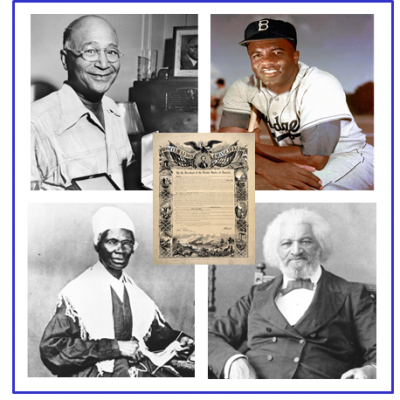 The Union victory in 1865 marked the close of the Civil War. One of the most widely anticipated benefits of emancipation was freedom of movement. No longer confined by law to a slaveholder’s plantation, most formerly enslaved African Americans expected to have the option of migrating. However, during Reconstruction, “vagrancy” laws, debt peonage and the convict-lease system were quickly implemented to curtail the new freedom. The labor of African Americans had been the mainstay of the southern economy, so efforts to force them to remain and work in the communities where they had been enslaved often succeeded. This was because they were destitute, and the “40 acres and a mule” they expected never arrived.

The legal battle for equality continued with the passage of the 14th and 15th Amendments, but unfavorable Supreme Court decisions, Jim Crow laws, separate-but-equal policies and a campaign of terrorism carried out by the KKK and allied groups, made sure that African Americans would not easily achieve their real freedom in the Southern states. Moreover, those who migrated to the North quickly realized they had not reached the promised land and continued to face discriminatory practices in housing and employment. Those that had migrated to the West, however, fared better. Finally, in 1954, the Brown v. School Board of Topeka, Kansas, decision declared segregation to be unconstitutional.

Mollie Bailey, "Circus Queen of the Southwest," the daughter of William and Mary Arline Kirkland, was born on a plantation near Mobile, Alabama. Sources differ regarding her birthdate. As a young woman, she eloped with James A. (Gus) Bailey, who played the cornet in his father's circus band and was married in March 1858. With Mollie's sister Fanny and Gus's brother Alfred, the young couple formed the Bailey Family Troupe . . .

Frederick Douglass was an American social reformer, abolitionist, orator, writer, and statesman. After escaping from slavery in Maryland, he became a national leader of the abolitionist movement in Massachusetts and New York, becoming famous for his oratory and incisive antislavery writings. His brilliant words and brave actions continue to shape the ways that we think about race, democracy, and the meaning of freedom.

Matthew Alexander Henson was born August 8, 1866, to free African American parents on an impoverished tenant farm in Charles County, Maryland. By the time he was 11 years old, both of his parents had died and he lived with relatives. At age 13 he went to sea as a cabin boy.

William (Bill) Pickett, rodeo cowboy, was the son of Thomas Jefferson and Mary Virginia Elizabeth (Gilbert) Pickett, who were former slaves. According to family records, Pickett was born at the Jenks-Branch community on the Travis county line on December 5, 1870. He was the second of thirteen children. He became a cowboy after completing the fifth grade. After observing herder dogs subduing huge steers by biting their upper lips. . .

For more than 50 years, Bayard Rustin was a nonviolent activist and leading strategist in the struggle for human rights and economic justice. As a gay man with radical politics, he was often marginalized despite his major contributions to the struggle for African-American civil rights and his work for peace and disarmament. He was born in West Chester, PA . . .

Ketia C. Stokes comes from five generations of educators. Her twin sister, who struggled from birth with the effects of a brain tumor, benefited from high-quality special education and inspired Ms. Stokes to pursue a career of serving students with disabilities. She is a founding staff member and teacher at Green Street Academy, a public middle school/high school in Baltimore, Maryland.